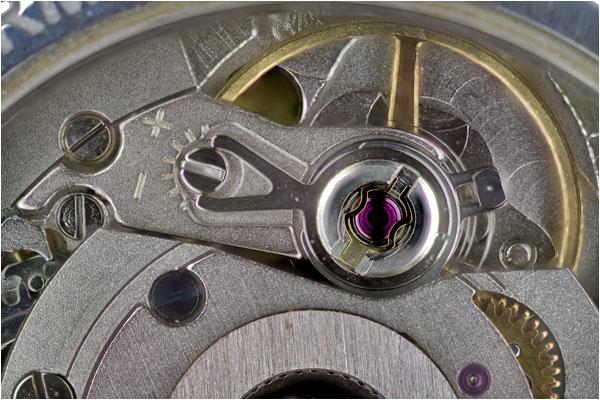 This image above is a composite image derived from 12 images put through a focus stacking algorithm in Photoshop CS4 and I have to say I am impressed with the results. Using a Canon MP-E 65mm 1-5X macro lens wide open at f/2.8 to ensure the focal plane was as thin as possible, I captured 12 images in a row, altering only the plane of focus a few hundred micrometers at a time using a focusing rail. Then all images were imported and aligned using Photoshop’s align stack script, then focus stacked using the focus stacking feature in Photoshop CS4.

The animated gif above shows each frame that went into the focus stack so that you can appreciate how narrow the plane of focus was and how successful the overall result in the introductory image is. Needless to say, I’ll be playing with this feature more and more to increase my depth of field for insects and all other potential candidates for the Small Life category.

Focus stacking as a concept has actually been around for quite a while and I have experimented with a couple of different options to derive the desired images. Some options are quite good, like Helicon’s Focus, and others provide acceptable results, but are free like the Extended Depth of Field plugin for the wonderful image processing application ImageJ developed by the NIH‘s Wayne Rasband. Big shout out to Wayne who has helped so many bioscientists explore and communicate their data.

However, having focus stacking in as part of Adobe Photoshop is a big deal, especially given the scripts for image alignment. I’ve been talking on and off for a while now with some of the project managers and engineers at Adobe, including John Nack regarding them stepping into the scientific and forensic imaging markets and I hope this happens sooner rather than later. Scientists and engineers have been using Photoshop for their purposes for years now and it would be nice to have more tools built into the system to access the details behind many of the filters and image transformations. Adobe at least sees this market and since many of the tools are already built in, what is missing is a better interface to allow access to more image math, filter definitions and such. FFTs would also be a lovely improvement to other quantitative improvements for image operations.