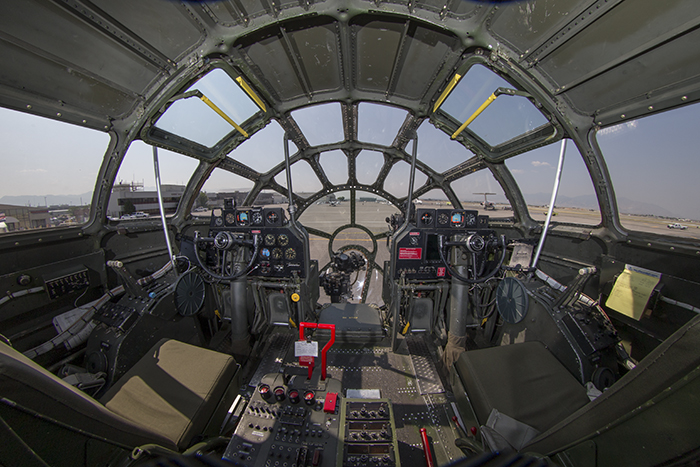 The world’s only flying B-29, FiFi was in Salt Lake City last weekend out at the airport and I took the opportunity to go down and visit her.  She is an amazing aircraft and I feel truly privileged to have seen her up close and in the air, flying around the valley with 72 cylinders making a glorious sound.

Seeing FiFi up close got me thinking about the development of the Boeing B-29 Superfortress which was an interesting story… in 1939, the US Army Air Corps submitted a formal specification or set of requirements to be met for the aircraft.  In 1940, the design of the B-29 was submitted by Boeing and later that year, they had a static, non-flying airframe.  In 1941, the US Army Air Corps submitted an order for 14 test aircraft and 250 production aircraft and a year later the first flight of the prototype occurred.  Note that this was a “superbomber” the absolute cutting edge, most technologically advanced aircraft of its time with a full pressurized, shirt sleeve environment that was manufactured at four main-assembly plants with a supply line of literally thousands of sub-contractors to supply the components.  This sounds quite a bit like how aircraft are built today, right?  Well, for the next three years, the B-29 went into full production with almost 4,000 produced.  There were production problems, mostly with the engines in early aircraft but if you look at the timeline, but no matter how you look at it, this is an amazing feat. 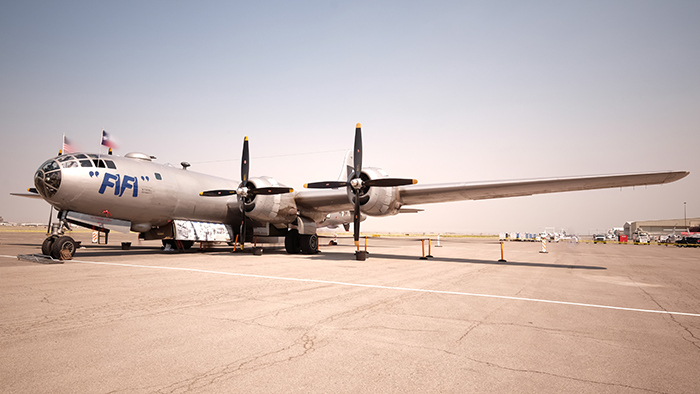 However, the things that really got me thinking were the costs of the aircraft and how the production and delivery of military aircraft has changed from 1944 to 2014.  In 1944, each B-29 cost $639,188 or $8,656,022 in 2014 dollars…  Read through that last sentence again and think about that for a moment.  Push that around in your head and then consider that the cost of a single B-2 Spirit bomber today is around $800,000,000 or roughly 100 times what an inflation adjusted B-29 would cost.  What?  The total combined development and manufacturing cost, inflation adjusted for the B-29 program with full production of 3,970 aircraft through 1946 in 2014 dollars was approximately $5 Billion.  Total cost of the B-2 program through 2004 was approximately $45 Billion for… 21 aircraft.  21 aircraft.  Twenty one… aircraft.  Those 21 aircraft started with a black project in 1979 culminating in the last aircraft built in 1997, making for an almost 2 decade period for design and construction.

Currently, the pentagon is developing the F-35 Lightning II at a combined development and manufacturing cost for 2,443 aircraft at around… wait for it… $1 Trillion dollars to $1.45 Trillion.  What the….  It truly boggles the mind.  The design and construction of that aircraft design will also take around 2 decades.  By comparison, the Boeing 787 Dreamliner total program cost is estimated at $32 Billion with 162 aircraft being built to date (June 2014).

What has happened  to aircraft design in this country, particularly military aircraft?  Does it really take that long to design and build aircraft today?  Is the production environment really that much more complicated now than it was 68 years ago?  Sure, we have more advanced materials in design and far tighter tolerances as well as advanced designs, but comparatively speaking, are the technologies for design and manufacturing falling that far behind the concepts that they are getting that much more expensive?  Or are we dealing with additional non-linear impacts on the cost of weapons systems and aircraft?  It sure makes you wonder…  What are the additional costs of a military aircraft on top of a civilian aircraft and are they *really* that expensive?  Are military avionics and counter-measures, stealth materials and weapons systems really that much more expensive?  If one were to build a 787 to military specifications, would its costs suddenly balloon from ~$250 million per aircraft to who knows where?  It is worth noting that the F-35 unit cost is around half what a 787 Dreamliner costs, so where are the program costs coming from? 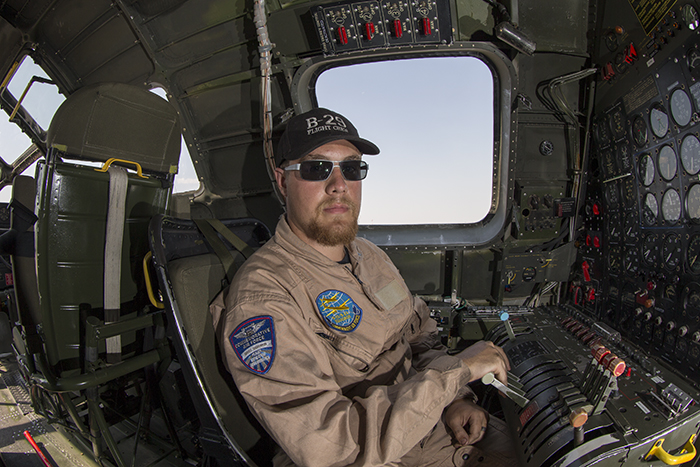 My thanks to the crew of FiFi for helping with the acquisition of the images.  I am including full resolution images of the cockpit and the airframe as royalty free images with the only requirement being attribution.

Camera: Canon 1D XExposure: 1/250Aperture: f/14Focal Length: 12mmISO: 200
Flash: Two strobes behind and above my head, 3 ft apart on 1/2 power to balance out the exposure to get the inside and outside of the cockpit.  Exposure bias reduced by 3 to reduce specular highlights.

Camera: Fuji X-T1Exposure: 24 secondsAperture: f/14Focal Length: 23mmISO: 100
Exposure: There were people constantly walking around the aircraft that I did not want in the scene. Solution: A -3 ND filter and long exposure that made them essentially disappear except for the one guy under the wing who would not move, despite requests.