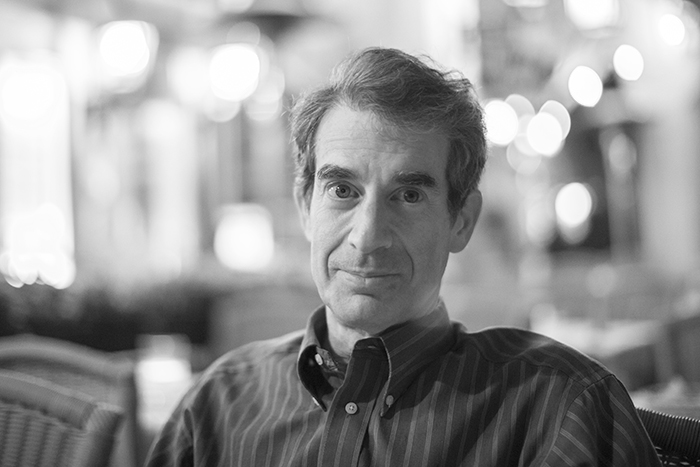 I shot this portrait of Stuart Mangel from Ohio State University in Berlin, Germany while we were out at a traditional German food haus.  Food was not that güt, but the company was most satisfactory.

Stuart is Professor in the Department of Neuroscience at Ohio State University and originally graduated out of John Dowling’s lab at Harvard.  Stuart has contributed mightily to our understanding of synaptic plasticity, circadian rhythms and retinal circuitry/information processing in the retina an area that I think will certainly become more important as we start to uncover mechanisms of retinal degeneration in the retina.

In our connectomics work, it has been interesting to watch as the cortical people essentially have ignored all of the synaptic resolution connectomics work happening in the retina, even though the retina is a perfect model for understanding the CNS.  While he does not do connectomics work per se, Stuart has been one of the strongest proponents of understanding CNS in the context of retinal study.  This is important not just from the perspective of the CNS, but also so that we have a fundamental understanding of how the retina works in health and disease.  This is particularly important as we explore retinal circuitry and information processing in retinal degenerative disease.