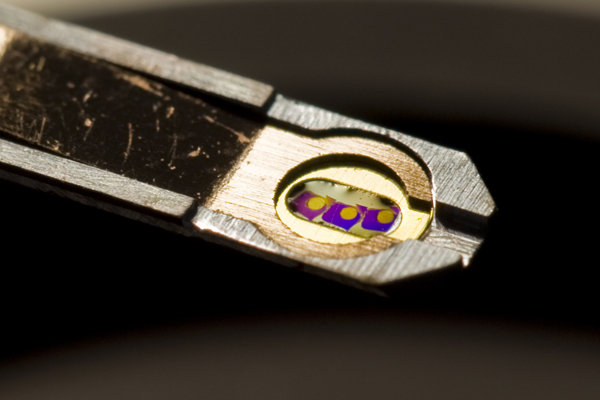 The retina… When people talk about the minds eye, this is what they are really talking about. We forget that the retina *is* the brain.  Developmentally, the retina (and the globe of sclera and muscles that surrounds it) are an out pouching of the brain that form, then wire up to detect, pre-process then deliver visual sensory information to the higher cortex.

An understanding of how the brain is wired is one of the holy grails of neuroscience and this project out of the Marc laboratory at the Moran Eye Institute, University of Utah is the first project to actually capture an entire connectome or volume of brain tissue at the resolution required to visualize the synaptic connections between the approximately 70 types of neurons present in the human retina (~220 types in the more sophisticated fish or turtle retina).  This study titled “Exploring the Retinal Connectome” is now published in Molvis.  pdf file here.

We see largely thanks to a very delicate, thin layer of cells at the back of the eye called the retina.  This highly complex and specialized tissue captures light, then translates and processes light into signals or nerve impulses that are then transmitted to the brain.  Because of the amount of signal processing that occurs, the retina is something akin to a powerful supercomputer that posesses both serial and highly parallel circuits.  Retinas, like supercomputers are complex assemblies of components and in the case of the retina, of the approximately 200 million cells, there are about 70 different types in a human.  Each of these cell types is connected or wired up in a very specific fashion, creating circuits that perform image processing operations of visual input before sending those signals through the optic nerve, onto the brain.

The rub is that despite substantial advances in our understanding of the retina, we still are woefully ignorant of how its neural components are wired together and what goes wrong with that wiring in the nearly ten million Americans who suffer from blindness due to retinal degenerative diseases such as retinitis pigmentosa (RP), age-related macular degeneration (AMD), diabetic retinopathy, and glaucoma.  Unfortunately, current treatments for these conditions are limited partially due to an incomplete understanding in the scientific community of how the retina is constructed and what precisely goes wrong with the retina in these diseases.

Over the past few years, our work at the Moran Eye Center has shown that blinding retinal diseases like RP and AMD trigger pathological rewiring in the retina which corrupts the retinal circuitry and thus the ability to properly process visual information.  These discoveries illustrated two fundamental realities.  1) The scientific community still does not know precisely how normal retinas are constructed, and 2) We need to understand how retinas are constructed to inform strategies to rescue vision loss or cure blindness via bionic or biological interventions.

Therefore, one of the first challenges in developing effective treatments for blinding diseases is the need for a complete understanding of the highly complex systems that allow us to see and how those systems change in response to retinal blinding disease.  Because retinas rewire in disease, bionic transplants and/or bionic implants will not work in those who have experienced vision loss due to retinal disease.  Understanding how retinas are normally constructed will guide and inform our strategies on rescuing vision loss including how to stop retinal rewiring in disease or possibly re-direct retinal rewiring to function with bionic or biological interventions.

Discovering how retinas are constructed has been the career focus of Dr. Marc.  He is the principal investigator on this project that he simply describes as “a complete catalogue of retinal neurons with a comprehensive map of their connections”.  Modeling reveals that a human retina could potentially contain over 10,000 unique combinations of circuits but we have shown it uses only about 20 network types.  The question now is, which ones?  This can only be determined by tracing the connections of identified neuronal networks which leads to an understanding of how these networks operate and potentially what goes wrong with them in disease.

Until recently, methods used to reconstruct the structure of even small portions of retina were extraordinarily time consuming and exceedingly labor intensive.  The standard process known as serial-section transmission electron microscopy (TEM) involves slicing a sample of tissue into a series of extremely thin layers and then imaging each slice with an electron microscope.  The slices are cut with a diamond knife with incredible precision on the nanometer scale.

Understanding how retinas are constructed requires the use of the electron microscope to vizualize structures that are just a few nanometers wide.  To illustrate how small that is, these structures involved in cellular networks are smaller than the wavelength of light which is why we have to visualize them with electrons rather than photons.  While seeing these structures with electron microscopes has long been possible, placing these structures within the context of a much larger picture has been difficult if not impossible.  However, one of the strengths of Dr. Marc is his ability to fuse technologies and disciplines to create innovative, new approaches to old problems.  Dr. Marc and I first talked about this project late into the night at the ARVO meetings some years ago.  I honestly thought it was a pipe dream at the time given what the estimated hard drives would have cost to store all of the data (several million dollars), but I trusted him and Dr. Marc persisted, turning in a renewal to his NIH grant to start work on the project a couple of years later.   We reasoned at the time that technology, hard drive storage costs and the software required would meet us somewhere in the middle of collecting the data for the project, which started by the way on an older Hitachi transmission electron microscope (TEM) where we were with the help of Dr. Carl Watt, we captured the data on film, then digitized those negatives which we used to develop the software with a talented group at the Scientific Computing Institute (SCI) also at the University of Utah.

Our team led by Dr. Marc have created new technologies that have been hybridized to a new JEOL electron microscope, purchased with a generous gift from one of our donors, Ms. Martha Ann Healy, that is allowing us to place these nanometer scale structures within a much larger framework of the retina.  The trick was unfortunately, due to the limited field of view possible in the microscope it is necessary to capture many images, each covering a small patch of a section of retina, then reassemble the mosaic of images, building a complete montage of images of each slice.  In the past, scientists would then have to manually control the microscope by sitting in the dark, moving the stage from one point to another capturing images at each stop.  Then they’d have to trace around the neurons in each slice and attempt to follow them through successive layers in order to reconstruct the connectivities of the neurons.  Because of the degree of manual labor involved, it has in the past only been possible to construct a representation of a small section of an example retina, and certainly not large patches of retina that cover vast areas of retina required for a complete analysis.  This project gets around these problems through the application of technology which allows the capture of much larger areas of retina in an automatic fashion by hotrodding this microscope with the help of Dave Mastronarde who’s Serial EM software allowed us to automate the microscope.  While the approach of capturing many small images at high magnification is the same, with computer control and automated image acquisition, the data capture part of the problem is only the first component.  After data capture, each of the images needs to be assembled into a larger image, then ultimately into a volume that represents the actual ground truth of the identity and connection of every type of neuron in the retina.  A very talented programmer at SCI, Pavel Koshevoy wrote some of the first code that actually performed the image mosaicing and subsequent slice to slice registration.  I could not believe it when it first worked.  More recently, Brad Grimm is following this effort up by building GUI interfaces and making these tools accessible to a wider audience of bioscientists.

After we had solved the problem of assembling the datasets, the next problem was interacting with such large multi-terabyte datasets.  We explored a number of options to interact with the data and came up with an approach that allowed us to browse the data in a somewhat resolution independent manner that relied on image pyramids.  This it turns out was not an easy task and ended up generating a couple of image browsing environments that really only did part of the task.  Fortunately, we had a graduate student, James Anderson that came into the lab who was able to develop code based on the image browsing paradigm developed at SCI which became the Viking browsing environment.  This code which became a large part of James doctoral dissertation was the watershed software environment that enabled the ability to browse the data *and* annotate the data in a fashion that could extract meaning which is rapidly leading to additional work that will result in the doctoral dissertation of Scott Lauritzen.

The outcome of the retinal reconstruction project will be manifold.  Not only will we have the first, complete understanding of how a retina is constructed, but we will also have laid the technology foundations to more precisely study retinal disease as well as opening the door for other scientists to examine biological questions that have structural components to them.  Fields as disparate as cancer, epilepsy, heart disease and diabetes stand to benefit from these technologies.  Other areas that rely on information management can also benefit from algorithms derived from neural circuitry and we are hopeful and optimistic that these technologies will derive from this work.

Note: The image at top is a single TEM grid carrying three tissue sections. The gold spot on each section indicates the area captured under the EM beam with each spot averaging over 1,000 individual captures at a magnification of 5,000×.

6 Replies to “Exploring the Retinal Connectome”