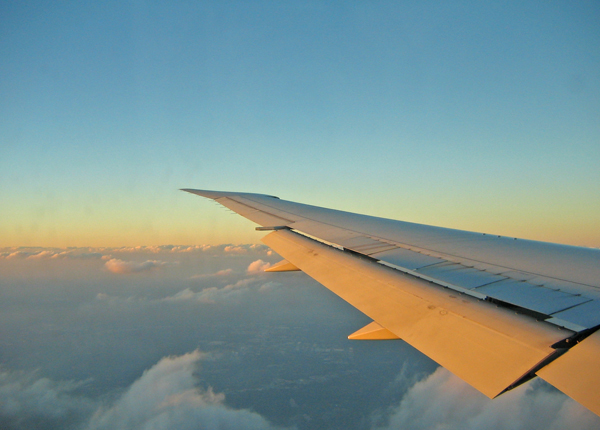 11:00am
I am off to Argentina to attend a meeting of retinal degeneration scientists in San Carlos de Bariloche nestled up against the foot of the Andes.

The Bad: Still in Salt Lake City and the trip already has not gotten off to a good start as our travel office was *supposed* to issue a paper ticket for my travel on Aerolineas Argentinas. Needless to say, I never received it. I guess Aerolineas Argentinas also does not appear to be able to share their information electronically with Delta yet. Frustratingly, this being Sunday, the university travel office is not open and nobody answered the phone at their “emergency number” after being on hold for over a half an hour. I left a telephone message and sent two likely futile emails to the travel office, but not wanting to miss out on the meeting, thanks to American Express, the $1700 solution was simply for me to purchase an entirely new ticket on my own card for the travel which also means I lose my first class upgrade. I also never heard back from the travel office in Argentina about our private car which is supposed to take us from the international airport in Buenos Aires to the regional airport across town. Worst case scenario is that we simply have to arrange for our own transport, so its not bad, but given that the service was paid for…. one would hope that they are waiting for us.

More personal observations in the Crown Room here damping out the good… A mulleted, loud, obnoxious man and his profane wife drinking waaaaay too much and talking to everyone within earshot about their trip to Hawaii sitting across from a man obsessively and furiously and constantly rubbing/scratching his wife’s back for the past ten minutes. Also, again….. cell phone etiquette……. PLEASE, in quiet areas, don’t raise your voice two octaves just to talk on your damned phone! And if you have some obnoxious custom ring tone and your phone rings, answer the damn thing without forcing everybody else around to listen to the whole ring tone play for two or three times. The guilty party is a rather high maintenance woman talking to her friends (again, too loudly) about their shopping trips to Paris, buying clothes, getting her little pomeranian dog to the beauty salon, arranging for private cooking lessons at their house in Park City, etc…etc…etc… Great, fine, deal with your life, but can you people be just a bit more discrete in your conversations? Do the rest of us have to be exposed to your banal lives?  At least if you are reading this far into this blog entry, you might be interested in my banal life, but I am not shouting it for everyone to hear…

The Good: Because I try and look for the silver lining in just about every bad experience, at least I can expect a whole bunch of extra Skymiles on the American Express Skymiles credit card. More good: On the way over to the gate, I noticed that Delta had painted one of their 757s up in the colors of National Breast Cancer awareness month. Very cool. 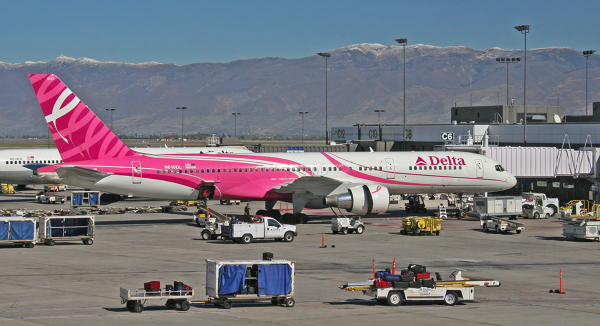 1:30pm
On the Delta 737-400 right now. The bad: Because of the ticket snafu, I lost my first class upgrade and had to sit back in coach for the SLC to ATL stretch. Not terribly painful, but still irritating and I am slightly less comfortable for the really long stretch from ATL to EZE in Buenos Aires. The good: the passenger in the seat next to me is a delightful travel companion. (name withheld due to OPSEC as her husband is in the Air Force at the survival training school at Fairchild Air Force Base).

I’ve tried to travel light, but hauling around camera gear is simply a hassle. Of course there is no other option if one wants to shoot photos and glass is heavy, so one does what one can, but a few things would certainly help out. I am hoping that we will see a revised 12in Powerbook nee MacBook Pro (or smaller) in the next little while (though it will not be in the next MacBook Pro revision coming up on Tuesday) because I really do miss the smaller form factor. I am currently using a 15in Powerbook and have resisted purchasing a MacBook Pro because the power supplies are not compatible with the airline travel connectors yet and I am really holding out for the aforementioned subnotebook. If I had a Macbook Pro, the solution would be to haul multiple batteries around which I am having to do anyway given that the Delta flight from Atlanta to Buenos Aires does not have power outlets in the coach seats, but a smaller footprint would also help tremendously with travel. With the 15in Powerbook, I love the illuminated keyboard and the performance, but would be willing to pay a premium to carry a smaller laptop, subnotebook or tablet running OS X. It does not even have to have an optical drive as I rip movies I purchase or rent to the hard drive for long airline flights and in fact, if we could get flash drives down a bit in price, it would be possible to even get rid of the hard drive provided we could still pack 30-40 GBs of storage space in the device. Battery life would be improved and if you combine it with a 10in diagonal new technology LED display, we may even be able to get away with seven or eight hours of honest full on battery life. So Steve, come on dude. We’ve talked about this before several times. The technology currently exists or is damn close and I am sure there is a market for such a device, so please, please, please. 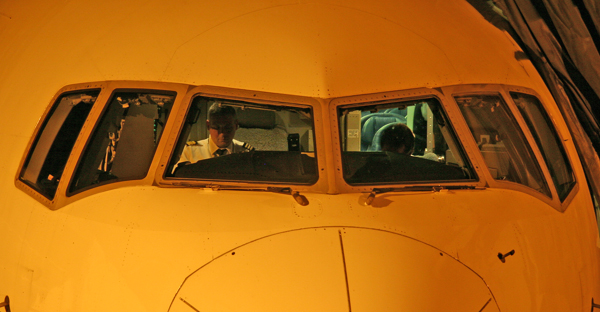 8:00pm Sitting in the Atlanta airport now and waiting for our flight to board. Apparently Delta does not have any agreements to enable Medallion status upgrades for international travel, or at least not through to South America. It could also be that the Business Class Elite is a huge money maker for Delta as lots of business is done between N. America and S. America through Buenos Aires and all the seats are routinely sold. Who knows, but the prospect of being in coach class for 11 hours without the possibility of having seat power (Empower) for my laptop really chaps my hide. If I am lucky, I’ll get six to eight hours off of my two batteries, but it would be nice to be able to not have to swap them out or even haul a second battery around the world. Side thought….. CPU performance and hard drive capacity have increased according to Moore’s Law for a couple of decades now, yet battery performance is still stuck back in the late 80s to early 90s.

My travel companions, Suka
nya and Josh from the Moran Eye Center who will be presenting data at the scientific meetings we are traveling to. 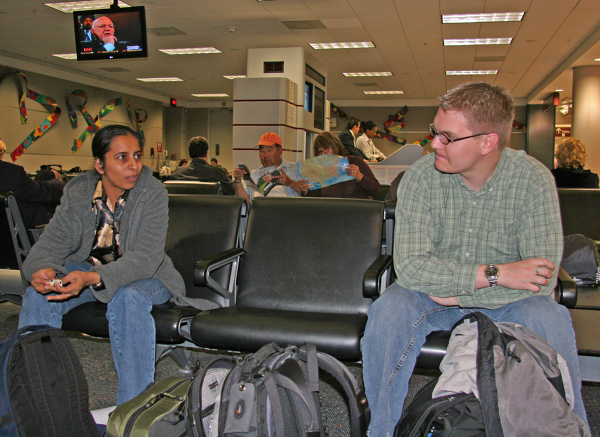 On the Atlanta to Buenos Aires flight now and I am stuck in a very small seat, next to a rather large and incredibly smelly (breath and BO) gentleman who is leaning on my shoulder and snoring. I have pushed him off my shoulder a couple of times now, but every ten to fifteen minutes, he leans back onto me. Have I mentioned how much I hate traveling on airplanes these days? This is a 11 hour flight and I have six more hours to go. However, I am doing my best…..

Curiously, I don’t really know why I never thought of this before, but it appears air traffic goes right over the middle of Cuba, which brings up a whole combination of thoughts that have been percolating through my mind for the past little while. Why is it that every US President since Eisenhower has adopted the same policy with respect to Cuba? Whichever file they get appears to either get ignored, or rubber stamped and Fidel is still in power. If they would quit playing the silly isolationist card and open up diplomatic and commercial relationships with Cuba, the Cuban people will take care of political reform in the name of rock and roll and blue jeans. Think about it. In Cuba it is not uncommon to see forty or fifty year old cars drving down the street. In fact, there is a whole economy designed to make distributor rotors and points as well as other accouterments of fifty year old car design. Open up the economy and you will see Cubans making huge money off of selling their cars to American baby boomers. Watch as tens of thousands of Americans flock back to Cuba for tourism, eco-tourism and trade. As the number of Americans increase, the Cuban people will demand change in their own government which is always a better solution to delivering democracy. When the people are ready for change, when the people desire freedom without it being forced upon them, democracies are inherently more stable.

One Reply to “SLC to ATL”