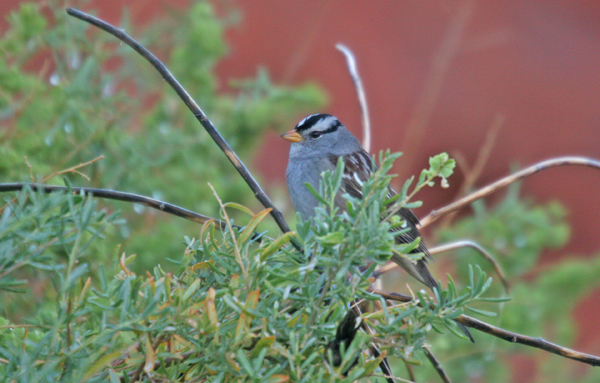 I captured this image of a White crowned Sparrow (Zonotrichia leucophrys) in Snow Canyon State Park early in the morning while H went for a run. Southern Utah is still a bit warm, but I am betting that we are in for a long, hard, cold winter in Salt Lake given the number and certain types of birds migrating South already. It’s been unseasonably cold in Salt Lake for quite some time now with temperatures approximately 10 degrees F below the average. I suppose this is to be expected as we have had several winters now that have been rather mild, unless of course we are seeing the local effects of global warming and we are “doomed” to have milder winters and less snowfall in this desert climate for the foreseeable future.