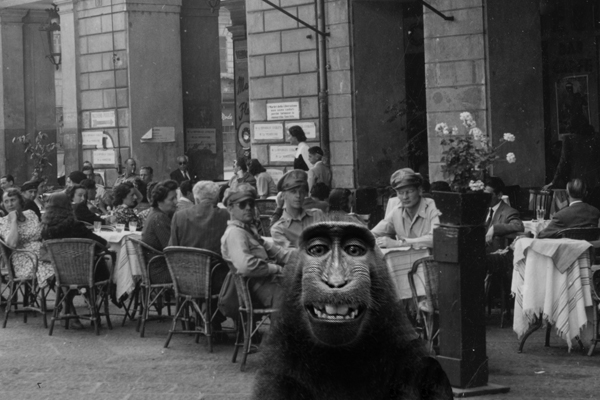 This silly little post of Internet ephemera has an interesting lineage that originally cam from an image from the Telegraph where a crested black macaque absconded with a David Slater’s camera and ended up making a self portrait.  Next up came a post on Utah Photojournalism by Grayson West which made me laugh and laugh on a night I really needed some amusement.  At that point, I had to make my own derived monkey photobomb.  The image above was actually my favorite of the series of 4 images after being composited from the monkey photograph from the Telegraph and some imagery of a sidewalk cafe in WWII Turin, Italy.  I liked the compositing as the officers at the table are looking right at the camera and “back of the monkey’s head” which makes it work. 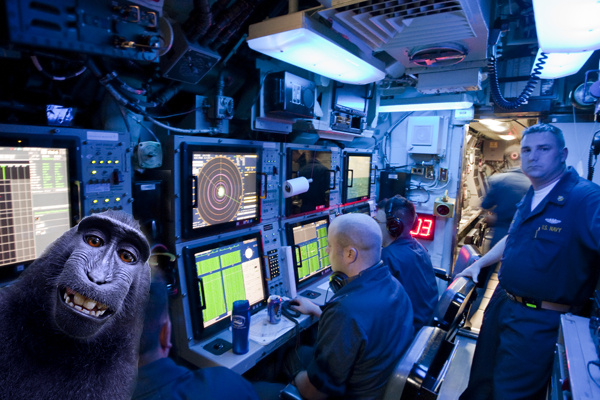 This was my next favorite image from my visit to the USS Toledo, a nuclear attack submarine.  I kinda liked the blue tone on the monkey’s face.  Chief Roby’s eyes do not quite point in the direction that would have been optimal for this photo bomb, but it works reasonably well. 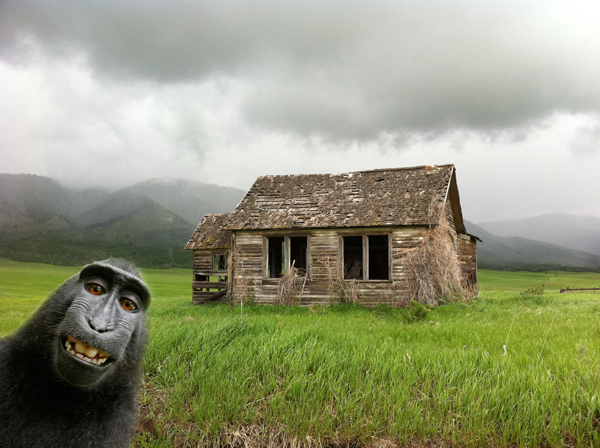 This was the second image I did and the first one where I tried matching the tone of the monkey onto the scene.  It was reasonably easy as the monkey in the original picture already was in an area bathed with reflected green light from the plants, but it was not quite what I wanted in terms of context.  True, you don’t often find monkeys running around abandoned Idaho farmsteads, but… 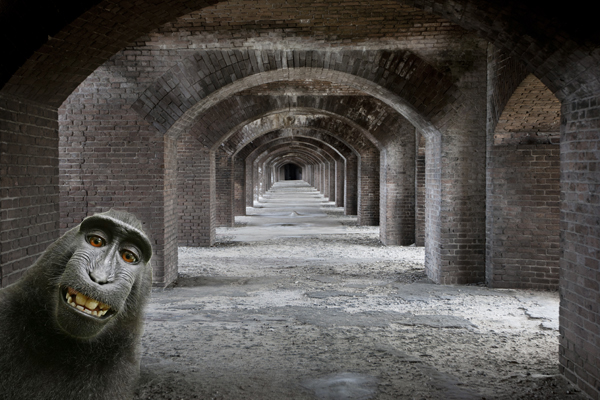 This was the first of the 4 monkey photobomb images that I made with the original coming from this visit to Ft. Jefferson.  It works for some, but the lighting on the monkey was all wrong for me leading to the above three derivations.  That said, some feedback I’ve received from folks indicated that this image was their favorite of the 4 and was also the lead in image from a post that made it to Kuriositas which amused me to no end as it along with Dark Roasted Blend and BoingBoing are three of my favorite link accumulators of Internet ephemera.