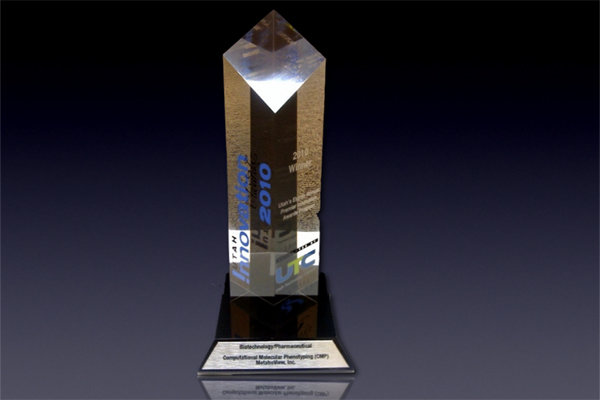 We have been working pretty hard over the past little while to start up a little biotech company that focuses on the metabolome of tissues in health and disease.  As part of this effort, Robert Marc and I partnered with Greg Jones and the Lassonde Business Center at the University of Utah to put together a business plan to take the technologies we’ve developed to study the retina and move them into other systems and diagnostics.  Partnering with the Lassonde got us a great team of people including Dorthyann Isackson, Jessie Haldeman, Luke Behrmann, Arlo McGinn and Troy D’Ambrosio.

The ride so far has been interesting to say the least, but I am really pleased to announce that our teamhas won the Utah Innovations Award for 2010 in biotechnology.  These awards are sponsored by Stoel Rives and the Utah Technology Council and are designed to recognize innovations and the companies in Utah that have created them.  Our company was selected by a committee of ~70 individuals from Utah’s academic, business and technology communities over a 3 week period.

I cannot tell you how excited we are to receive this recognition and we look forward to continuing to leverage these technologies to grow into new arenas where we can uniquely elucidate biological meaning from complex tissues.

As luck would have it, the night of the awards, I was on a plane bound for the ARVO meetings.  Greg Jones accepted the award for us and sent the picture above to me when I was in Florida.  Needless to say, finding out we won was pretty exciting.  You can see a video that played as part of the award ceremony with me explaining some of the technology here (24MB Quicktime movie). 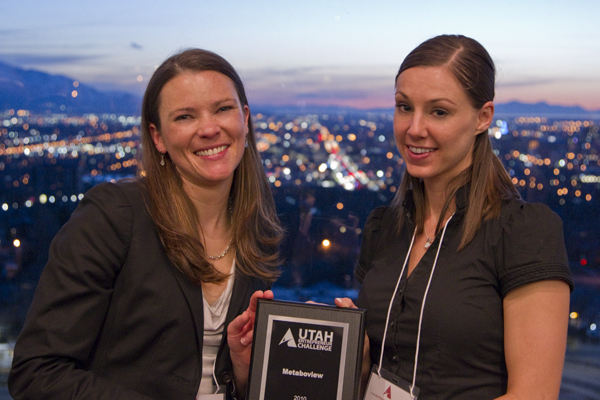 Dorthyann Isackson and Jessie Haldeman accepting a Utah Entrepreneur Challenge award at an event the week before the Utah Innovation Awards. 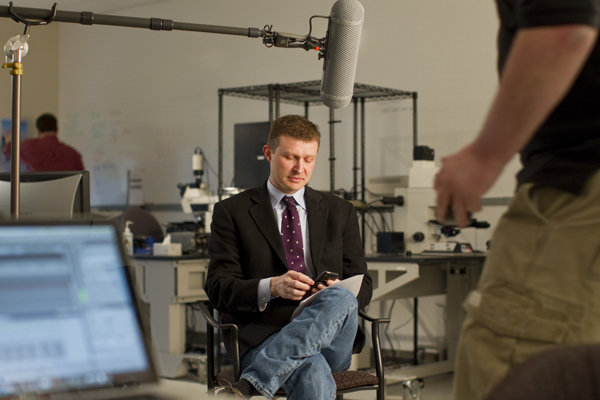 A shot of me the week before the awards being interviewed for the video that would play at the awards. (Image courtesy of Greg Jones).