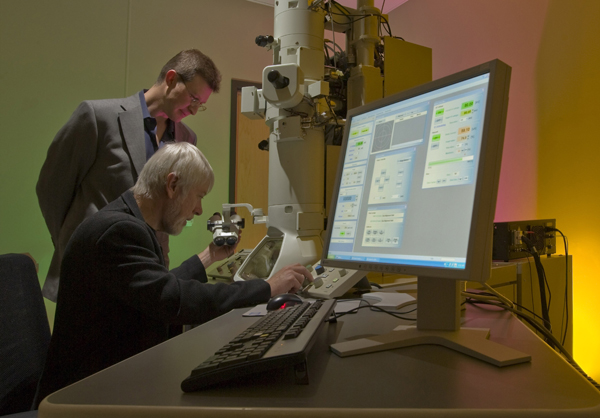 The other day Michael Schoenfeld dropped by the lab to photograph Robert and I for an upcoming article on our retinal reconstruction project. It was an absolute pleasure talking with Michael about photography, camera gear (he shoots Canon) and technique during the whole photographic process which only took about an hour. Michael does beautiful work and it was most educational watching him work along with his two assistants even if it was from the lens side rather than the viewfinder side. He knows his subject matter and his hardware, working quickly and efficiently while constantly looking for images and setting up lighting for promising shots. I can absolutely and enthusiastically recommend him for your corporate photographic needs.

As an aside, I should also mention that this retinal reconstruction project is not just the doing of Robert and I. Rather a host of other people are also involved in creating the technology associated with making it happen. Carl Watt, James Anderson, Tolga Tasdizen, Ross Whitaker, Pavel Koshevoy, Joël Spaltenstein, Maggie Shaw, Kevin Rapp, Jia-Hui Yang, Elizabeth Jurrus and Kannan have worked or are currently working very hard to craft the technology to make this happen. Unfortunately, logistics meant that not everybody could get their pictures taken this round, but this project would not be possible without them. 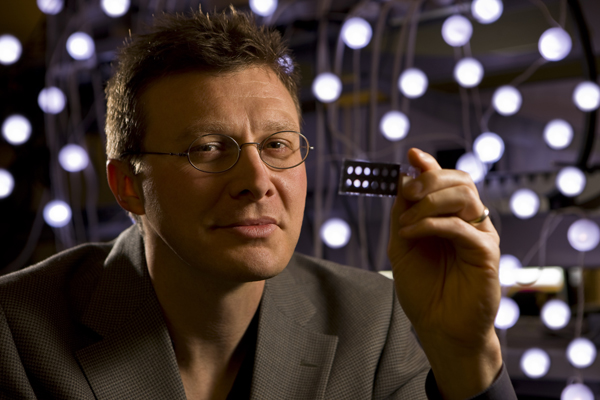 Most photographs of me leave something to be desired, but given the direction, lighting and finding an angle with the lights in my office, I am most pleasantly surprised by how satisfying this image turned out. That satisfaction is no doubt a result of Michael Schoenfeld’s talent.

P.S. I cropped down Michael’s shot of us at the new JEOL electron microscope for the introductory image, but have included the full perspective below. 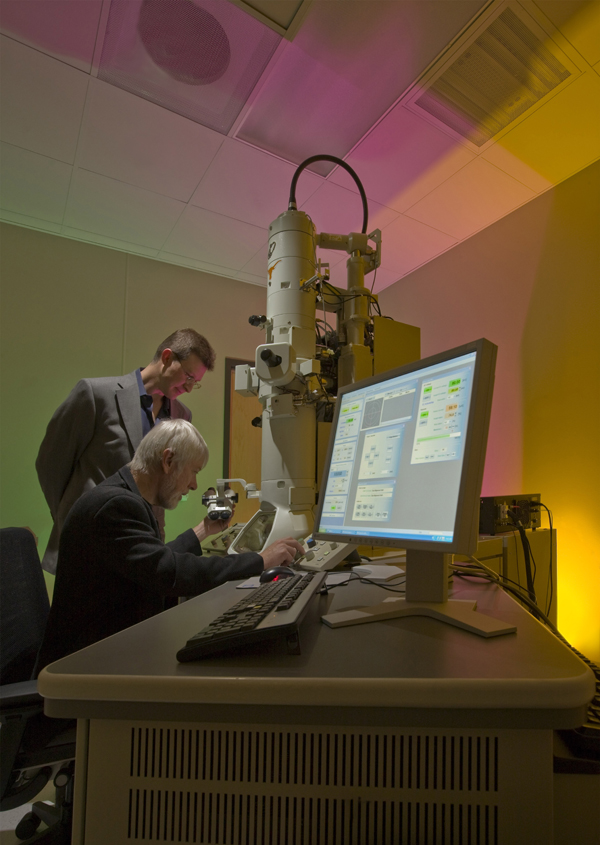 One Reply to “Michael Schoenfeld: Photographer”