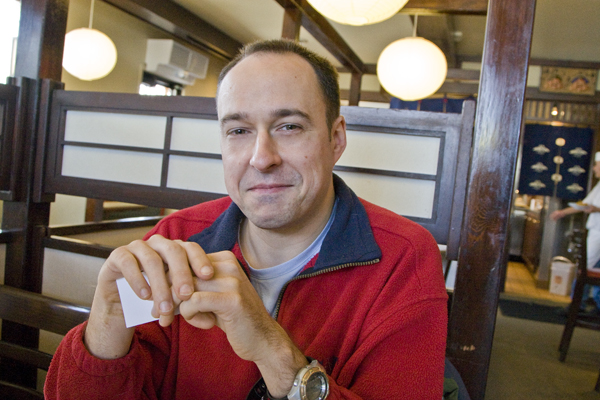 Today I had the opportunity to meet up with someone that I’d been talking to on and off for years now, yet had never met in person. But since it was also Super Tuesday,first thing in the morning, I took an opportunity to influence the future and hopefully correct the woefully twisted and misguided course our country has been on for the past seven years. As an example of how troubled things have gotten with the sense of fear and mistrust, just after I took the picture below of our local polling place as part of the NYTimes effort to document local polling places, I was accosted by one of the poll workers who wanted to know what I was doing. She also felt the need to inform me that what I was doing was against the law. “Of course this is legal. What country did you grow up in?” was my response. She then informed me that she would have to contact someone to check. I told her that she was more than welcome to call the police, and that I would even wait around for her to educate herself. She declined the offer… I felt a little bad at snapping at her, but this sort of ignorance is starting to become absurd. 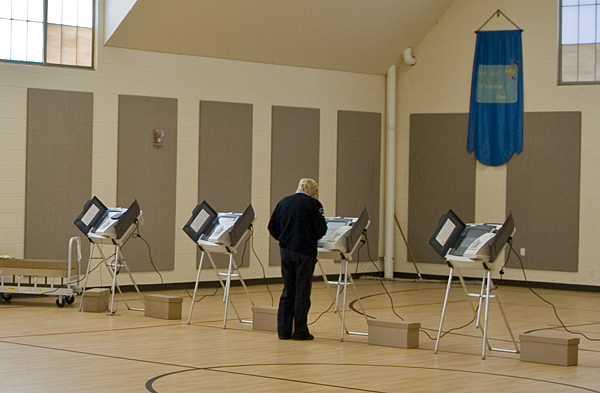 That little unpleasantness aside, I was quite fortunate in that a friend of mine, Dylan was in town from the Isle of Man and we were able to find some time to meet up with his friend Paul, another pilot at Kyoto to talk flying, cuisine and more. It was a pleasure to finally meet in person someone who commentary and thoughts over the past few years has been most enlightening. It was also a pleasure to meet Paul. The really funny thing is how small the world gets as you meet people and reduce the degrees of separation. It turns out Paul knows a neurosurgeon I used to work with as well as someone else who’s writing I’ve been following for a while, Phillip Greenspun.

Thanks to Dylan and Paul for a wonderful visit. We’ll have to arrange a flight soon, perhaps with some photography of The Spiral Jetty, currently under threat from drilling. 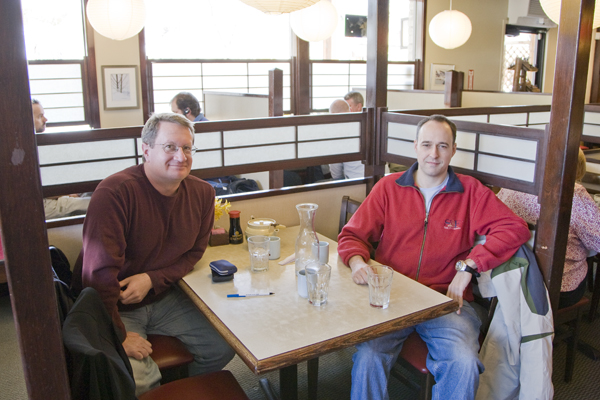