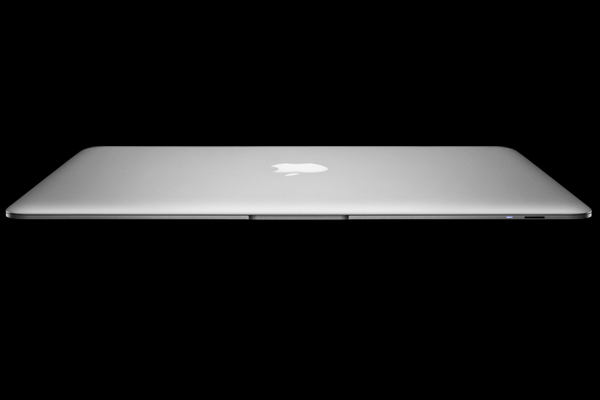 I’ve been waiting a long, long time for this laptop. I am sure that part of the wait was to let technology mature, allowing Apple to truly make this laptop the thinnest possible laptop representing the design genius of Apple. Though I honestly would have settled some time ago for a MacBook Pro in the 12in form factor that was retired in favor of larger G4 Powerbooks and MacBook Pros. Even though I kept my 15in Powerbook for approximately four years and carried it around the world with me a couple of times, I missed my 12in Powerbook and the compact dimensions. However, the new MacBook Air makes the prospect of travel around the globe much more appealing. With trips already planned to France, Scotland, Colorado, Florida and China this laptop is going to be a welcome replacement.

Much has already been written in the press about the pros and cons of this new Apple wonder with people (many of whom do not even handled one) ranting about the lack of an optical drive or about any of the other perceived “lacks” of this device. In a sense though, this computer is really about that sparse zen that makes good design great. Sure there were features that were omitted, but they were done so by design. I was told that the thinness benchmark that Apple was shooting for was the Motorola RAZR phone and they largely achieved it with some increase in size allowing for the hard drive at the back of the case of the standard MacBook Air tastefully blended into the design that remarkably still allows for a full size keyboard. This svelte appearance of the MacBook Air may give one the impression of a delicate creature, something akin to the old 1960’s Lamborghini Miura possessing the most delicate of tube chassis wrapped with the thinnest skin. Miuras were terrifyingly fast to drive, but one always worried about whether or not the thing would wrap itself around you should you loose concentration and you cringed every time a bump in the road appeared. In contrast, the MacBook Air, while delicate in appearance has the physical appearance of quality and solidity. Unless you actually hold this laptop, you just can’t understand. Continuing with the automobile analogy, this laptop has a rigidity that resembles that of the early 90’s Mercedes Benz S-Class. When you shut the doors on those cars they felt like bank vaults closing, almost as if the car was carved out of a single block of steel. Similarly, the MacBook Air has that same sturdy impression with absolutely none of the flex that my outgoing Powerbook had leaving an impression of solid, uncompromising quality. Never before have I owned a laptop this solid feeling that one feels comfortable lifting by a corner and walking around with. Additionally, the inclusion of the solid state drive (SSD) as an option only makes the laptop more reliable, resistant to bumps and in fact, delivers quite snappy performance. SSD access speeds on the MacBook Air is so fast that Photoshop CS3 loads just as fast as on the 3.2 Ghz 8-core MacPro with 16GB of RAM in my office. Other applications such as iCal launch immediately, often faster than the full size MacPro and browsing web pages in Safari with dozens of tabbed windows is instantaneously rewarded. I should also note that if you do any code compiling with the MacBook Air, you will be most pleasantly surprised with the performance. In fact, with the SSD drive given that I was impressed with the performance of certain tasks relative to the heavy lifting MacPro, you can imagine how much of a difference there is between it and my old 1.25 Ghz G4 Powerbook. All things considered, the SSD was the right decision for this form factor. SSD drives are the future folks and in just a couple of years, traditional hard drives with rotating media are going to seem soooo 20th century. 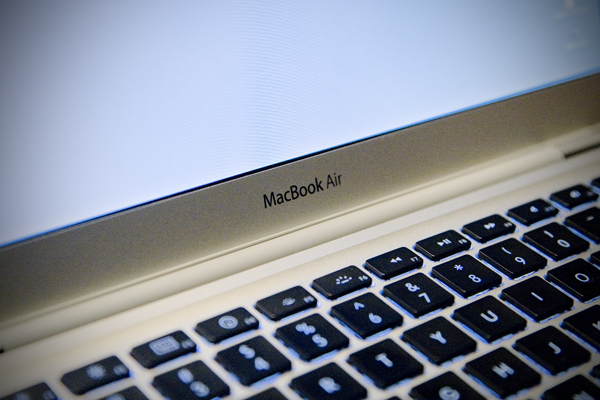 Other notable differences with the MacBook Air:

It is *silent*, at least with the SSD drive. Waking my Powerbook from sleep spun up the hard drive and caused the Superdrive to auto-check/eject possible discs which was mildly annoying, particularly when suddenly waking up in the middle of the night to write down notes with the laptop at the side of the bed. My wife hates it when I do this because the sound commonly wakes her up, but with the MacBook Air, she’s not noticed anything the past couple of times its happened with the MacBook Air.

The LED backlit screen is also *very* bright. I’ve never before owned a laptop that I did not commonly run at full screen brightness, however with the MacBook Air, I am typically running at 50-75% brightness and in the dark or the low light of darkened conference rooms, the screen is running only at 30% which makes for a possibility of not having to run out of battery life on long flights with no power outlets. An added benefit of LED backlit displays is there will be less “aging” of the display and subsequent loss of brightness than there is with the older cold cathode fluorescent backlit displays and the LED backlit displays are far more environmentally friendly.

The LED backlit keyboard feels quite nice and like the screen, is capable of surprising brightness. I also worried about how functional the keyboard would be given that the keys are flat and not dished like the Powerbook and current MacBook Pro. (Note: I suspect that the next revision to the MacBook Pro will have the same keys as the MacBook Air). Since I am a rather quick touch typist, keyboard feel is important to me and I can report that I am quite happy with the MacBook Air’s keyboard.

The extra large multi-touch enabled touchpad is wonderful and I’ve already adapted and become dependent upon multi-touch interfaces to navigate and browse documents, images and websites. As in the iPhone and now MacBook Air, Multi-touch is a revolution and paves the way for a real, honest to goodness tablet computer that I anxiously await.

Have I mentioned how *thin* it is? Packing the MacBook Air in terms of size and most notably weight is going to be much more convenient on flights, particularly international flights where baggage limits are being constantly restricted and travel inconvenience seems to be getting worse with just about every flight I take.

Do I have any complaints with the MacBook Air? Well, yes… Where is the ethernet to USB dongle? Let’s see, dongles are included for VGA, one for DVI and even an Apple Remote, but Apple apparently felt that they did not need to include an ethernet to USB dongle. Why the hell Apple felt that they did not need to include the ethernet to USB dongle in the box mystifies me. I understand the reason why there is no ethernet port built into the MacBook Air as the port for the cable would be thicker than the case itself, but not including a dongle in a premium portable laptop is simply absurd. I have a feeling that this is a decision with Mr. Jobs hands all over it, so I’ll have to apologize in advance to Steve when I say that this a knuckle-headed move. Come on dude, you understand the reality that there are some times when a wireless network is either unavailable (or undesirable for security or other reasons) and wired ethernet is the only option, thus the reason for including ethernet access via the USB port, so why make us purchase the ethernet to USB dongle separately? This is especially true given that many folks purchasing this laptop will not have 802.11n networking and moving files wirelessly from an old laptop will take many hours assuming you are migrating at least 10GB of data. An ethernet connection even at 100BT would be considerably faster.

That easily resolvable complaint aside, I can only suggest one or two other improvements to this laptop to make it perfect. First would be including an LED light in the drop down port door that illuminates when opened. In the dark or on a plane in a darkened cabin, finding the audio port or the USB port requires some amateurish fumbling in the dark. Second would be upping the wattage of the power supply as it does seem to take quite some time to charge the battery. Beyond those two issues, this laptop is near perfection with acceptable battery life, performance, design, quality and robustness in a remarkably compact package. 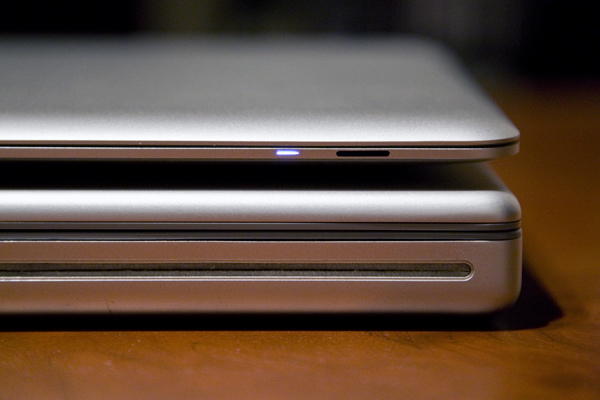 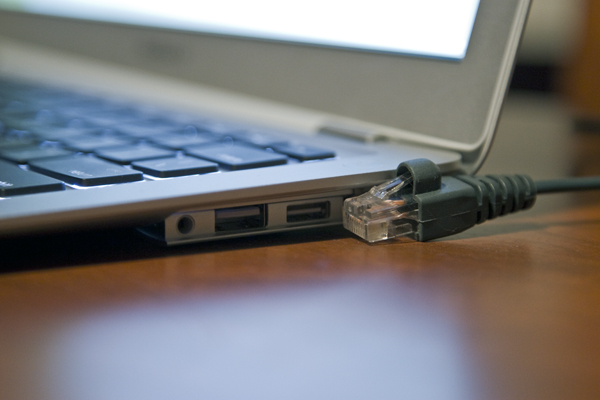 Finally, as an appendix of sorts, I grabbed a couple of quick pics of the MacBook Air with the first laptop I ever purchased, a Powerbook 190cs, a laptop 13 years and worlds apart from the current MacBook Air. I hauled it out to give me and now you, some appreciation for where we’ve come. The Powerbook 190cs got me through my last couple of years in college and fist couple of years of graduate school and holds a soft spot in my heart despite the problems that Apple’s then management brought with it. There were some truly impressive bits of technology with the Powerbook 190 and 5300 series including a clickable touchpad, but it was hampered by Gil Amelio’s decision to “save money” by outfitting the 190 series with not only a lower cost display, but also lower cost plastics for the case and keyboard which was a decision that would come back to haunt Apple later. Because of the cheaper plastics, Apple spent some time and money replacing cases that started cracking out with better quality plastics. Other “price saving” moves ended up costing Apple money to repair motherboards with bad solders not to mention a little flaming battery problem which was admittedly not Apple’s fault, but due to a manufacturing defect of the company who made the batteries, Sony. Regardless, the Powerbook 190 served me well and I held onto mine as a memento of the past. In the pics below one can see elements of the present in the Powerbook 190cs including an IR transceiver, but at the same time, notice how far we have come by looking at the massive SCSI and serial ports on the 190 as well as notice that the entire thickness of the MacBook Air fits within the volume of the *display bezel* on the 190cs. Finally, note the specs on my hotrodded 190cs (with a 5300cs motherboard) to see where we’ve come from with respect to the innards of laptops. 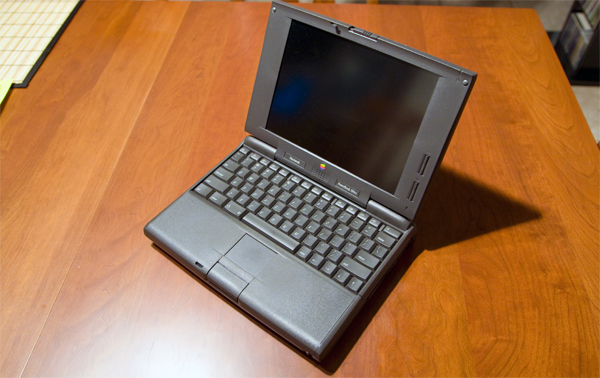 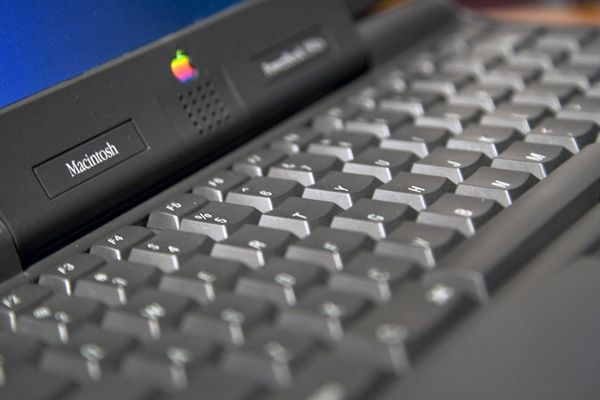 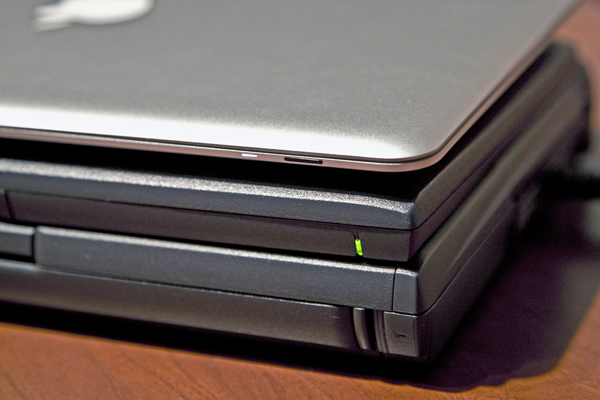 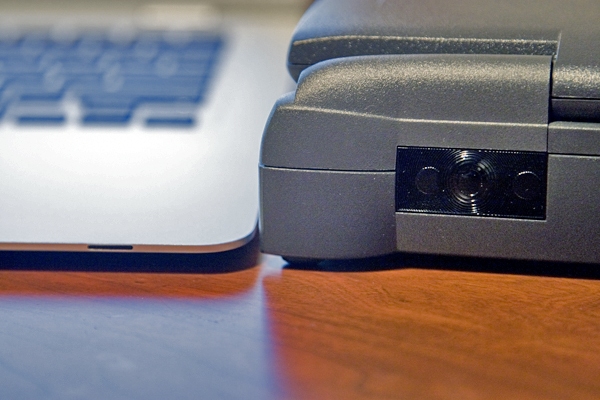 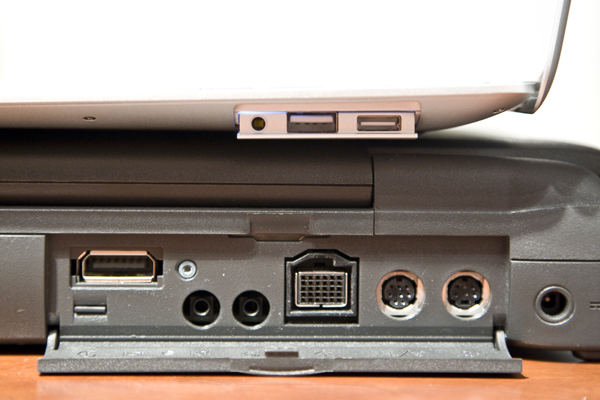 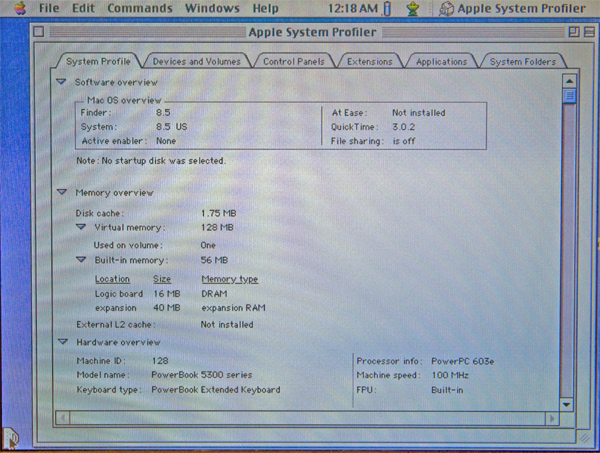