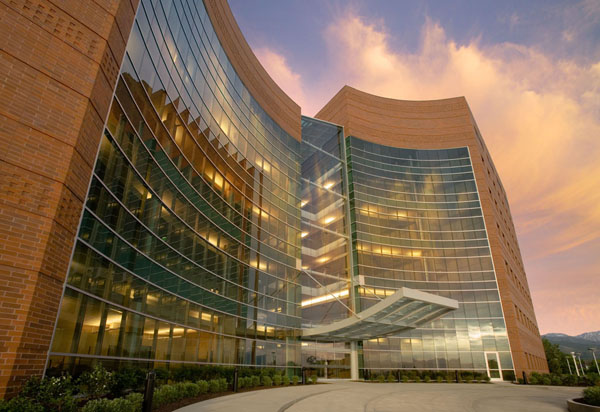 Yesterday started early with the official grand opening ceremonies for the new John A. Moran Eye Center. A number of guests came to speak along with our chairman, Randy Olson. We had John A. Moran, who noted that “we are here because over one million Americans are blind”. The governor of Utah, John Huntsman jr. also spoke of the work going on here and its impact on the world, Steve Wynn spoke of his long friendship with John Moran and his dedication to helping those who are going blind. The president of the University of Utah, Michael K. Young spoke on the importance of the Moran Eye Center to research and the University. Lorris Betz, Dean of the School of Medicine spoke of the research here and it’s importance and contribution to the field of neuroscience and Sgt. Dan Gubler was introduced to us by Randall Olson as a traumatic vision rescue success story. Sgt Gubler, a Utah National Guard member was injured by an IED in Iraq where he lost his left arm in the explosion and badly injured his eyes leaving him blind in one eye and possibly blind in the other. His battlefield surgeon thought it was possible to save one eye and did what he could to preserve vision before shipping Sgt. Gubler out to Ramstein AFB, Germany then onto CONUS for medical care before asking Dr. Olson to continue his care in Utah. Sgt. Gublers vision in one eye was indeed preserved and he now sees 20/40. Of course technology has proceeded rapidly to help those with traumatic eye injuries causing vision loss, but one of the primary missions of the research here at the Moran Eye Center is to save vision loss from environmental and inherited retinal diseases like retinitis pigmentosa and macular degeneration.

After the ribbon cutting, the Moran Eye Center hosted tours of the building including our research space and the clinical space. Our building is actually the second Moran Eye Center as we outgrew the first one which was completed in 1993. The older building was a fine facility encompassing 85,000 square feet, but our clinical and especially the research staff grew so much that we had to house people all over campus including in temporary sheds. This of course had economic implications as well as scientific ones in that while we were paying more money for rent in other places, we were getting less for our dollar as many of the scientists were no longer interacting on a daily basis. So for these reasons and many others, we began the construction of a new 210,000 square foot research, clinical and surgical building just ten years after our first building was completed. Ground breaking was back on April 19th, 2004 and has culminated in our grand opening today.

I have to say that the laboratory space is amazing and it scares me to think that never again in my career am I going to have space this nice. Of course there are no plans to move not just because of the building and laboratory space, but the work that we are doing here has been incredibly productive and my colleagues are wonderful. Given all the craziness over the past few months with moving and the grand opening, I am looking forward to getting some productive work accomplished in the new space.

I have to believe that this building is one of the most amazing places to accomplish our work as we were given incredible access to the designers and architects to define what it was that the research scientists wanted in a building. The location of course, up on the hill overlooking the beautiful Salt Lake Valley is hard to beat too.

Given that our work is heavily computationally intensive, we designed part of our laboratory as an imaging lab where most of our microscopy and computational resources are housed. We also specced wall talkers so that we can simply write on the walls as well as project images onto any wall we want. It’s a concept we took from our Computer Science department, but we have expanded on it by covering our office and laboratory walls with it extensively.

And because we also do quite a bit of bioscience work, we certainly have some of the nicest benchtop labspace I’ve ever seen. Our histology lab space and physiology lab space are adjacent to this main bio lab. 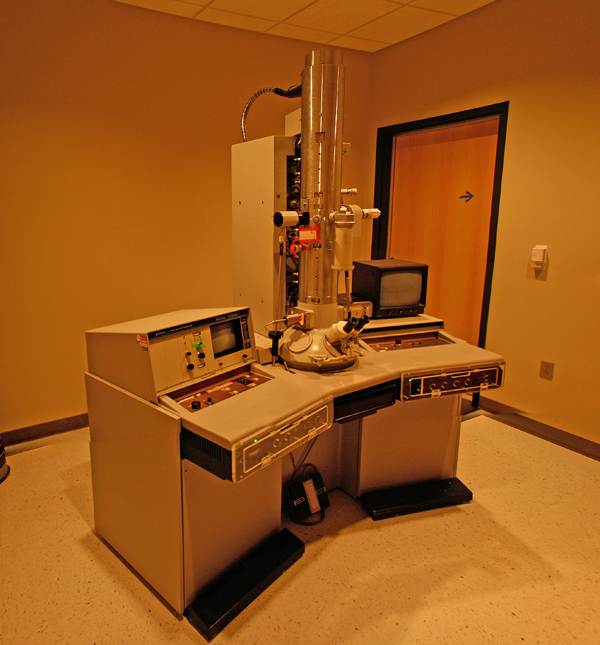 And for the first time in a long while, I actually have an office space that is not a closet shared with an electrophysiology rig and a bank of computers. I actually lucked out a bit as it is one of the bigger offices in the building with space to write on the walls, bookcases, space for our application servers, space for a bistro table and couple of chairs and ample space for me.

For more details on our building and the faculty and staff behind it, check out our Grand Opening edition of Focus here (27MB pdf). If you are a long time visitor here, you will notice that many of the photographs of people, facilities and science in the research section are mine. 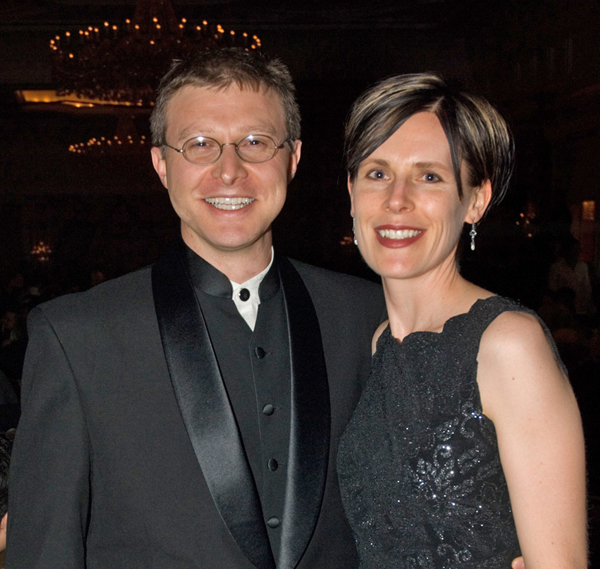 Unfortunately I did not take my camera, but Ann did (of course) so you can see H and I in our dress regalia (yes, I do own a tuxedo). Ann took lots of other photos that you can check out here.

I likely never again in my career will have the opportunity to experience such a party for a grand opening of a science facility like the Moran Eye Center. A good time was had by all and out visitors for the grand opening symposium said it was a tremendously good time. In a way, the experience has been humbling and we are looking forward to doing the best work of our lives in this space. It is an opportunity to have a greater impact for advancement of vision science and to have an enhanced opportunity to improve the lives of people that all too often in science, we are detached from to some extent in that the immediacy of gratification in knowing you have helped someone through your research is often years away.

Thanks to everyone here at the Moran Eye Center including Randy Olson, Wayne Imbrescia, Barbara Korous, all of the research and clinical faculty, staff and students. And most of all, thanks to John A. Moran, the ALSAM foundation and all of the donors that made this possible.