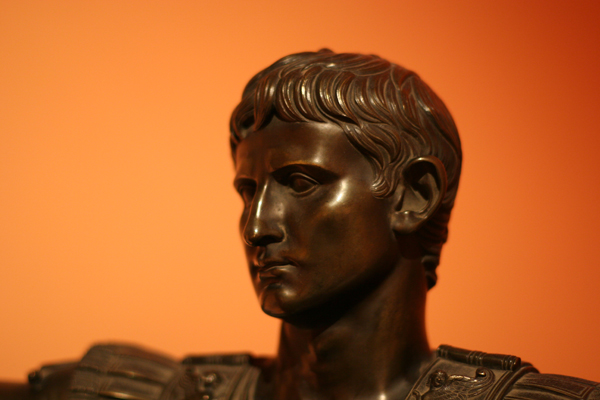 Wow, so it has been a month since the last entry. I cannot believe how fast time flies when work begins to occupy more of ones time, and the last month has been most busy. So, last time we tuned in, I had just gotten back from Sarasota Florida. The month since then has been filled with a number of tasks including troubleshooting our Creo scanner, which ultimately went back to the manufacturer after numerous parts had been shipped to us and it became apparent that our scanner had not one, not two, but multiple defects that were confirmed by a visit from a service engineer. So, back in the box and we are now awaiting instructions on its replacement. I must say that I am quite concerned about this company as it is the second company that we have done business with that Kodak has purchased. The last one, RSI was purchased by Kodak and was recently sold to ITT’s Space Division along with Kodak’s remote sensing division. When Kodak purchased RSI, they royally hosed us and other OS X users by initially canceling IDL development for OSX which resulted in a not insignificant outcry from some very influential customers including NASA. Kodak bowed to this pressure by reinstating development of IDL for OS X, but the problem with the reinstatement was that Kodak cheaped out and decided they were not going to put any effort into building a GUI, instead relying on a standard *NIX x-windows type (X11) interface. This was very irritating, and things are not off to a good start with Kodak’s purchase of Creo. However, the new one was shipped to us in record time, arriving just this morning through the efforts of the service engineer Alan, so we’ll see how things turn out.

Other exciting developments included more work on developing project “X” for future expansion and potential funding. Thanks to my friend David Spann, I had a meeting with vSpring’s Dinesh Patel and we’ll see where things go in the not too distant future. I’ve also been looking for Cocoa developers to port our cellkit application to a native OSX app, and have been searching for additional lab members which has proven quite fruitful. It appears two new undergraduates are going to be starting as well as a first year medical student and a neuroscience student doing his rotation. To wrap the last four weeks up, thanks to Ben and Todd, I just finished my teaching duties for the second year medical students. 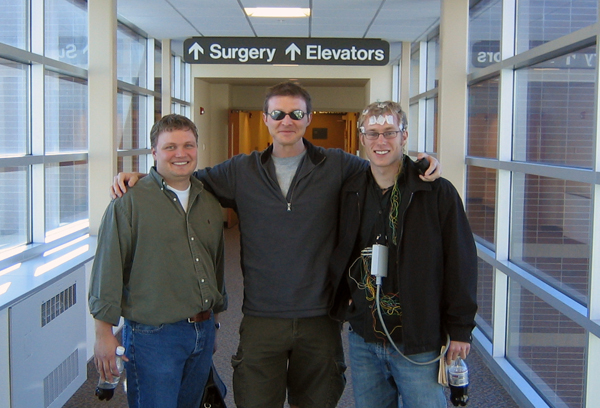 I also got my part of the grant that my friends at Stanford are working on completed and sent off last Thursday and had a meeting with all of the senior Adobe Photoshop engineers and product managers that was quite interesting. Hey John and Ashley, thanks for the t-shirt! I’ll send you some more information soon on requirements and interface issues.

I obviously have not gotten much time in for writing the light damage paper (sorry Robert, Dan and Dana), but that is next on my list of things to clean off the plate before things heat up again next week with a visit from Steve Fisher and his laboratory to learn just what it is that we do.

However, I have had some fun in between all the craziness. Last week on a beautiful fall day, I had a great tour of the new Moran Eye Center that is undergoing construction. My tour guide was our Administrative Director, Wayne Imbrescia. 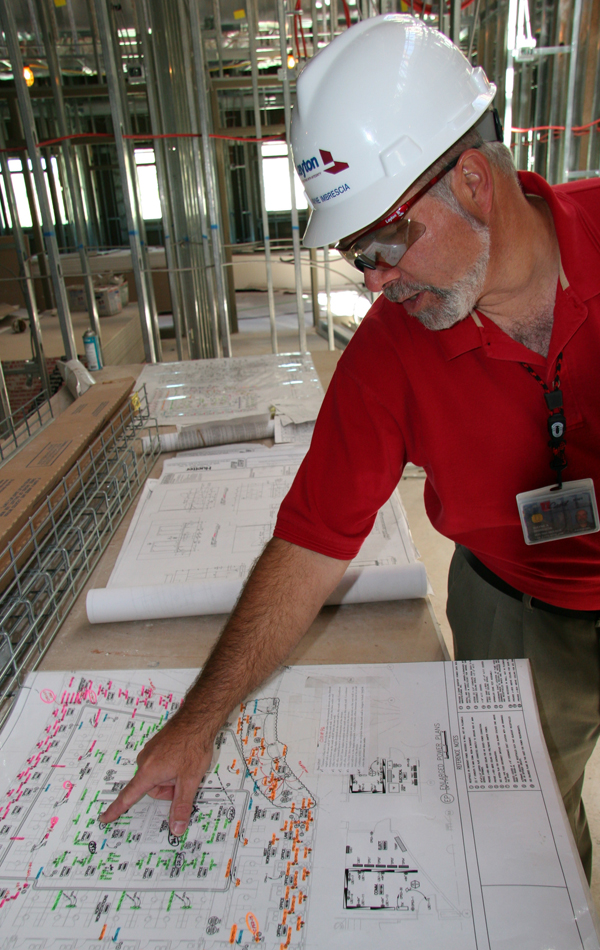 Wayne pointing out details on the blueprints of the new building. Our lab, should we stay here in SLC is going to be pretty swanky. 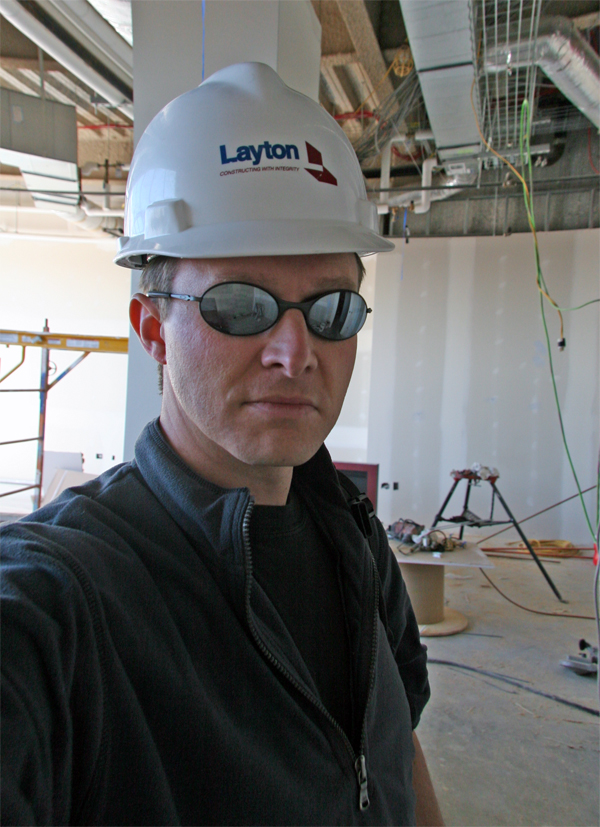 Hard hat and boots are required attire for touring the construction site. Perhaps when the building is finished, the next time you see me on this floor, there’ll be a party and I’ll bust out the tuxedo.

The new building will contain approximately 200,000 square feet with extensive space for us basic science researchers and the clinical side of things. The space is fairly luxurious and should make for a productive environment with which to continue research into artificial vision, ophthalmic genetics, retinal anatomy and physiology, retinal degenerative diseases and potential vision restoration. I was able to capture this view looking East from a part of the Moran II that will never again be accessible once the building is completed. 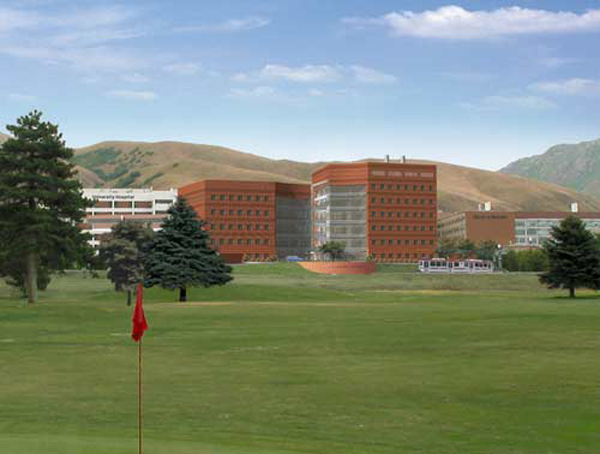 From the inside and up close, the new John A Moran Moran Eye Center is much bigger than it seems from the illustrations, and it has amazing space. Additionally, the view is almost unparalleled in the valley with this panorama being visible from the patient waiting areas as well as the research lounge as the central portion of the building has been designed with structural glass that will allow unobstructed views. 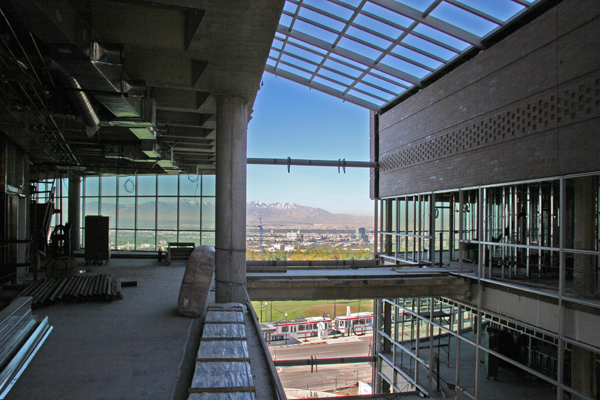 Click this link for a full resolution (18MB jpg file) panorama of the SLC valley on a beautiful fall day from the front of the Moran II.

H and I also had an opportunity to get down to Southern Utah last weekend for the birthday celebrations of my nephew and grandmother. Unfortunately the trip was quick and we did not get as much time as I would have liked to visit with everyone as I had to get back to teaching duties last Monday. 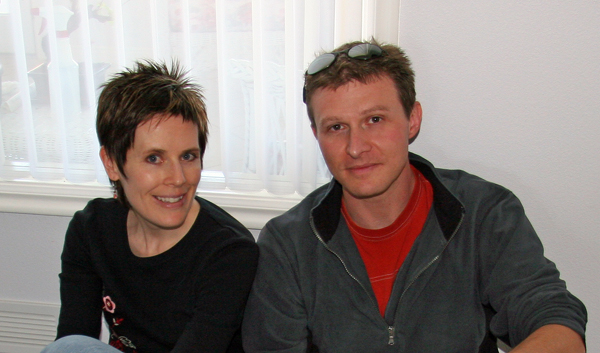 H and I making ourselves comfortable. 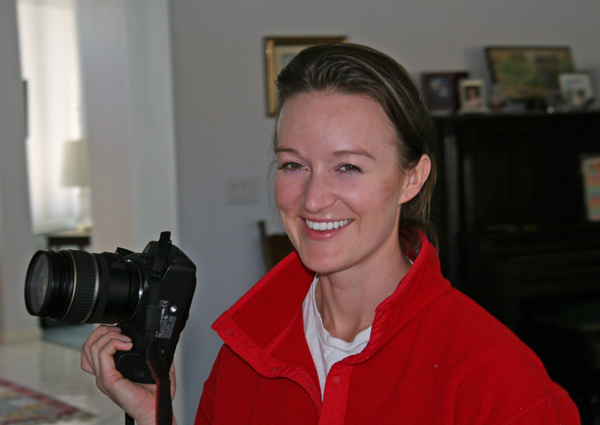 My sister, E and I had dueling cameras to document the festivities. 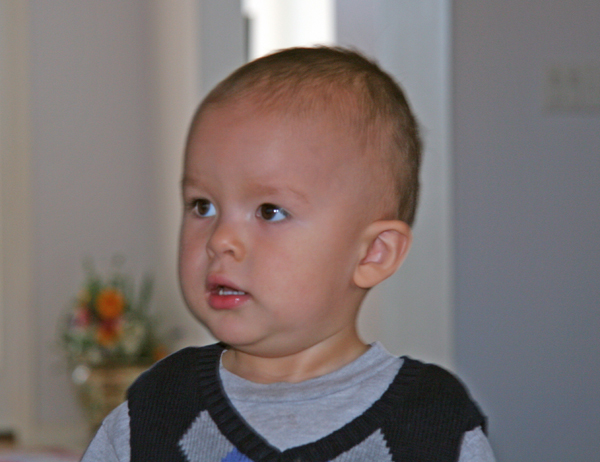 My nephew, I. Isn’t he awfully cute? 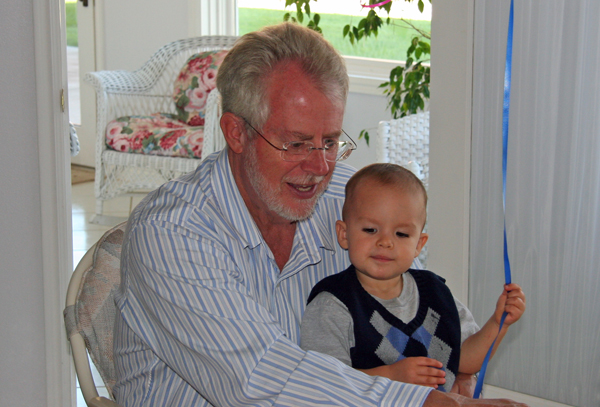 My dad and the first grandson. 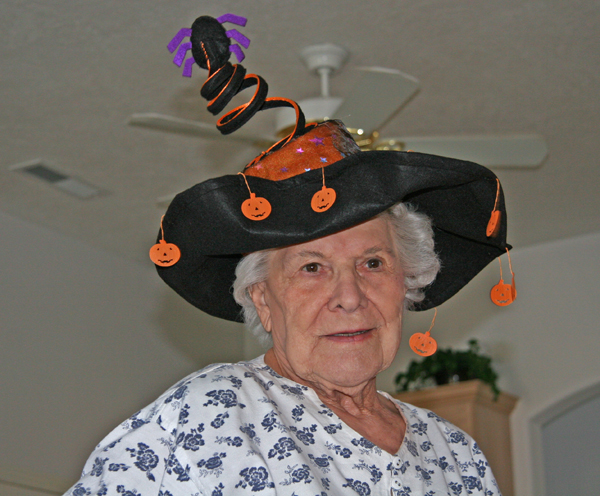 My grandmother in her Halloween regalia.

Oh, yeah. The introductory image is a bronze at the University of Utah Museum of Fine Arts that someone told me reminded them of me. I am not sure why as I don’t routinely go around wearing Roman Legionnaires armor, but hey…. Who knows?