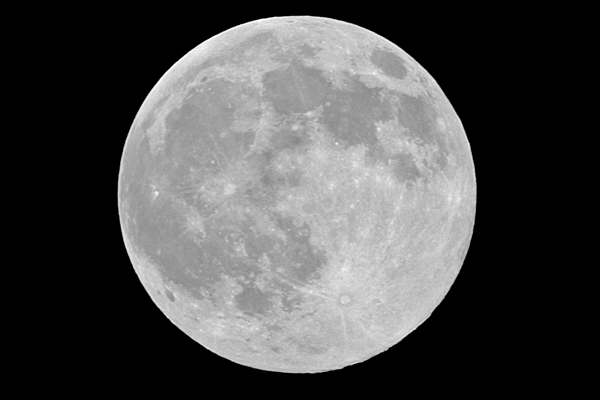 I got this shot of the moon a couple of nights ago at the height of a harvest moon which was so unbelievably bright that it actually woke me up some time well into the night. (It might not technically have been a harvest moon since we are past the autumnal equinox, but it sure was bright and appeared to stay constant in size.) It was not actually the best night sleep anyway because I also had a completely weird dream that woke me up thinking about the implications of retinal remodeling that we are seeing in human retina versus what we see in animals like zebrafish. The reality is that what I dreamt really had no impact on the retinal remodeling that was discovered as part of my doctoral dissertation and what we have spent the last few years documenting, but at 3:00 in the morning it seemed so important.

Let me give you some background for the dream: In retinal remodeling, it has always been thought that the photoreceptors degenerate, leaving the neural retina essentially intact and romantically awaiting rescue from bionic or biological intervention. The reality is much different. As the epilepsy and learning and memory communities have known for years, when you deafferent or remove the inputs to a system, that system remodels. It turns out the same is true for the retina (big surprise given that it is a part of the brain), and what happens is the neurons start moving along columns of glial cells to migrate into layers of the retina that are inappropriate. This figure from a recent review (pdf link) that I wrote shows what happens diagrammatically. 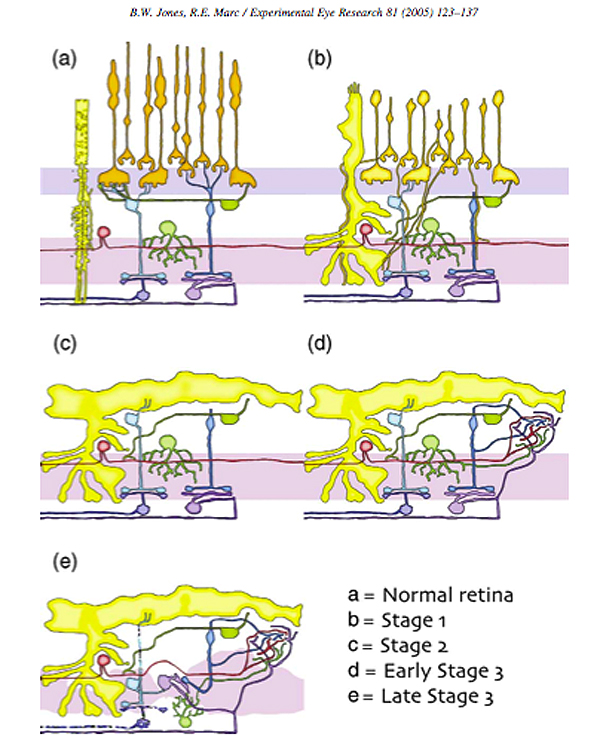 In my dream the other night, which was likely the outcome of a conversation I had with Maureen Condic, I dreamt that in mammalian retinas rather than neurons migrating to where they should not be, they were behaving like zebrafish retinas and dedifferentiating stem cells from the Müller cell populations to recapitulate normal retina. Believe it or not, zebrafish can do this and repair retinas that have been damaged, but that is another story that is most fascinating and worthy of study on its own which I am doing in a collaboration with Pamela Raymond.

To give you some idea of what happens in the mammalian retina, I made an animation that first debuted a couple of years ago at ARVO.

UPDATE: Morgalyn pointed out to me that this was not in fact, the Harvest moon. Rather it appears to have been a Hunters moon.