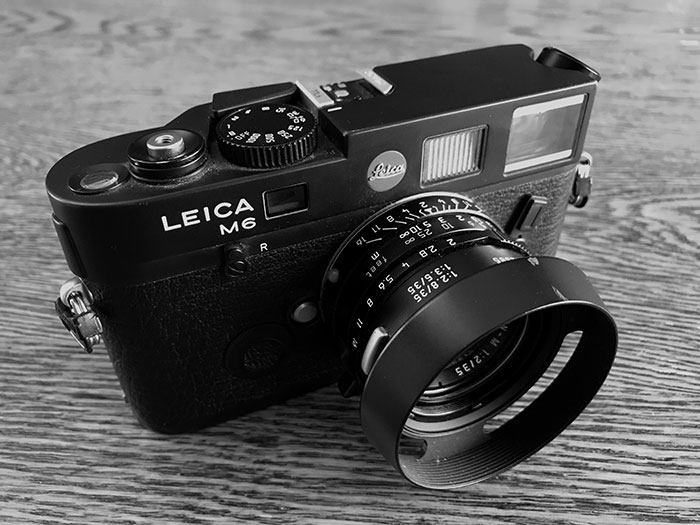 I enjoy talking with my friend David as his thinking is remarkably clear and nuanced, and his experience is always a lovely foil to current events. We had been talking at the dinner table about everything from politics, to science funding, to photography and the photographers that we admire and have influenced us.  Naturally, the conversation turned to early cameras that influenced our lives, and out came a wonderful assortment of film cameras.  We looked at amazing Nikon pro film SLRs, Hasselblad film cameras, talked cell phone cameras, but this one… this is the one that I had to pick up again and again. It is amazing what tactile feel can evoke as the memories, and the regret at selling my Leica M6, all came rushing back.

While this particular camera belongs to David, it is the precise model and lens that I discovered Henri Cartier-Bresson, Annie Leibovitz, Alberto Korda and subsequently Horst Faas with, and the field of photojournalism. This is the camera that captured my imagination and let me see through photography. My M6 was acquired used from a camera store in Brooklyn, but innumerable rolls of film were shot through it before regrettably, my M6 had to be sold in college for tuition money.  This stung at the time, but I graduated. So, there is that.

While the first camera I ever used was an old Brownie 127 box camera my Grandparents sent me, the first adjustable cameras I used belonged to my parents (Yashica Twin Lens Reflex camera and a Canon A-1). But the M6 was the first camera I bought with my own money, and learned how to love the process of seeing through photography. This was the camera that made me want to travel the world, and document what I saw.

Thank you for the memories David. 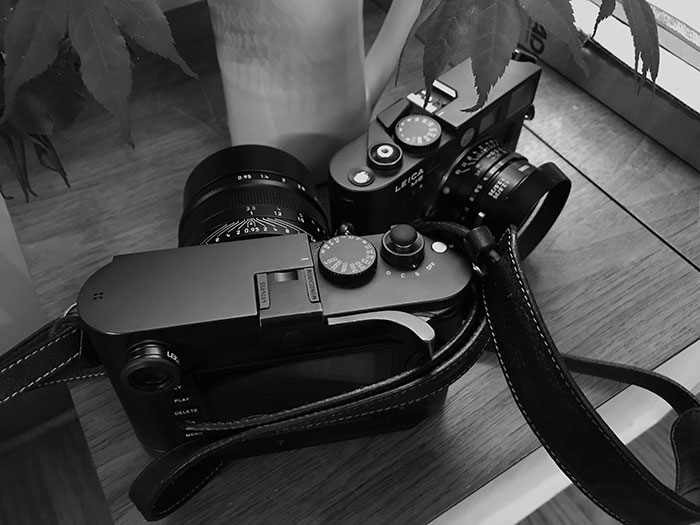 The other interesting aside, was looking at David’s Leica M6 next to my Leica Monochrom.  The lenses are certainly different, a Noctilux on the Monochrom vs. the 35mm Summicron on the M6, but look at the size difference between the two camera bodies. 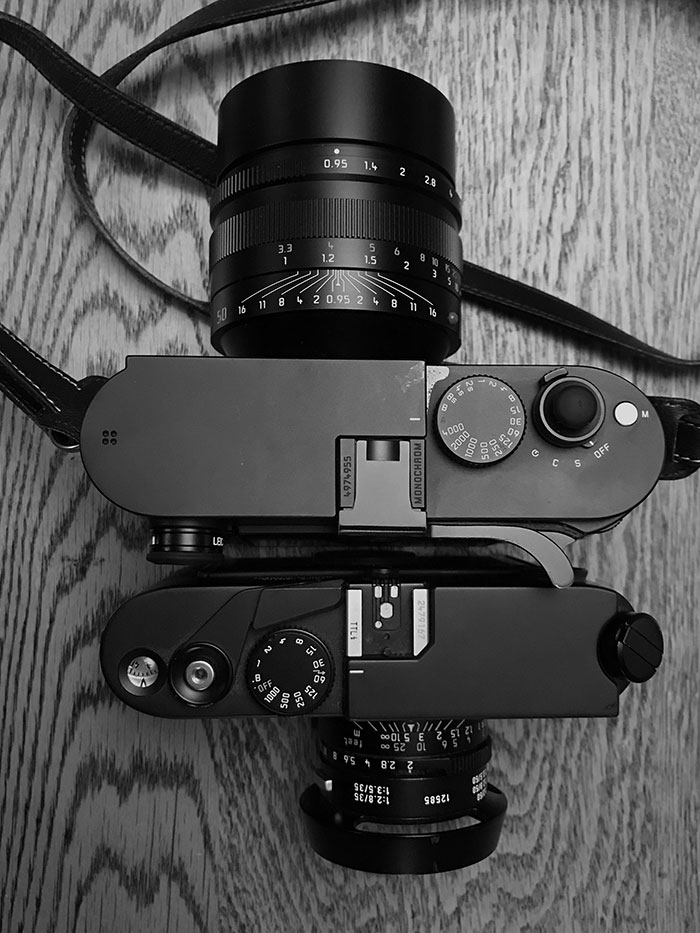 6 Replies to “Capturing The Imagination”