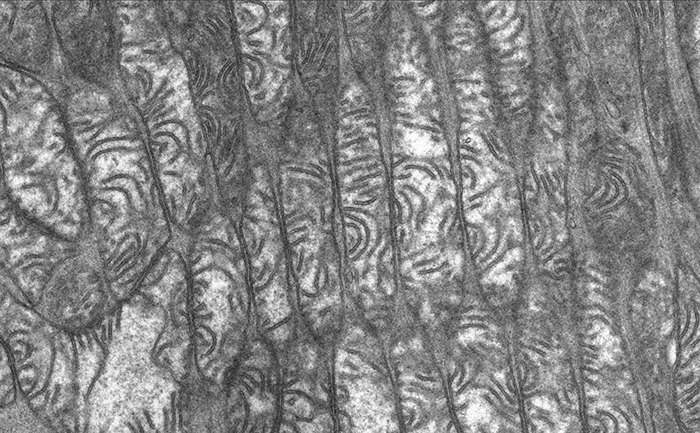 The mitochondria seen in this image are found in the inner segments of the photoreceptors found in the retina.  Mitochondria are the powerhouses found in almost every cell in your body that perform the metabolism to provide energy substrates for the rest of the cell to function.  Mitochondria have a complex history and are thought to have been co-opted by eukaryotic organisms via a process called endosymbiosis to handle oxidative metabolism as metabolism became more complex through evolution.

I liked this image not only for the biology that it represents, but also for the structure with randomized, but regularly repeating elements (cristae in this case).