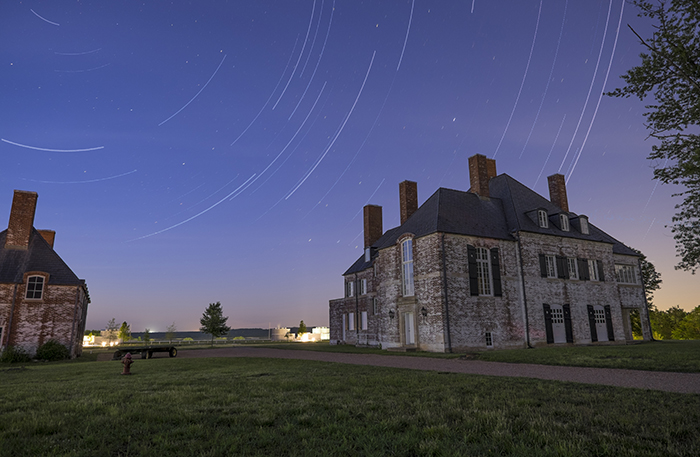 There are a few interesting “farms” in Virginia, and this is one of them.  I had to laugh as my Über driver coming into Janelia Farm the first time I visited did not quite believe me when I said this was a biomedical research campus, after he had picked me up at another place in Virginia earlier.

This particular old farm house at Janelia Farm is the original building built for Vinton and Robert Pickens, the original owners of the farm in 1936.  Currently the old farm house is off limits, but I would love to see it restored and inhabited again at some point in the future as there are wonderful views from the hilltop, looking out over the Potomac River and the house itself has marble fireplaces, a big curved staircase, a library and more.  It was thankfully added to the National Register of Historic Places in 1987, so perhaps at some point in the future, we’ll see new residents in this building other than the *thousands* of bats that are currently living in the chimneys.

One Reply to “Stars At The Farm”