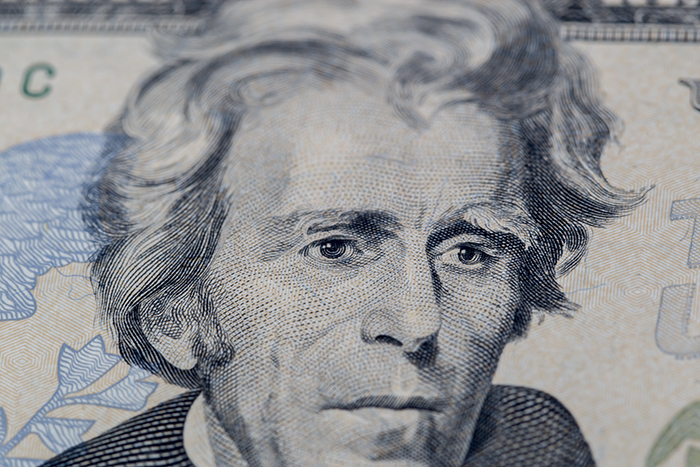 While playing with some macro imagery on currency, specifically imagery of Andrew Jackson on a US $20 bill, I’ve made a personal re-discovery of a feature in Photoshop that is somewhat irritating.  Namely, various banking institutions and world governments have asked Adobe to implement security features in Photoshop that prevent them from opening, manipulating or printing images of currency by recognizing the EURion constellation as well as other features created by the Central Bank Counterfeit Deterrence Group.  This “feature” initially went into Photoshop some time in 2003/2004 apparently, making it harder to image currency, foreign and domestic. 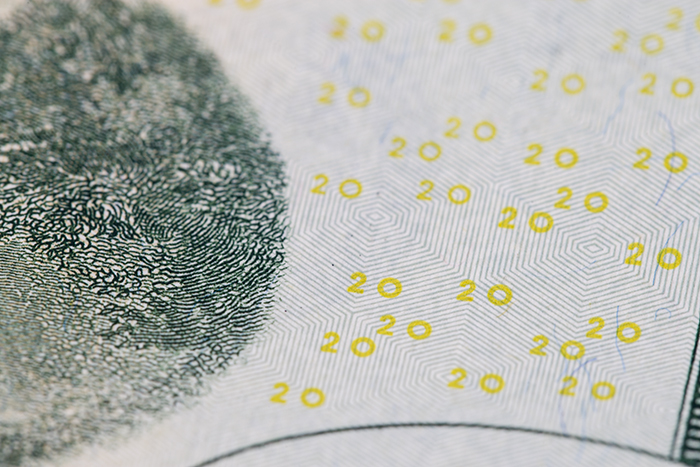 These 20s arranged as they are represent the EURion constellation mentioned above, though they are not the only things in the bill that Adobe recognizes as if you block these 20’s, Photoshop will still not let you manipulate the file.