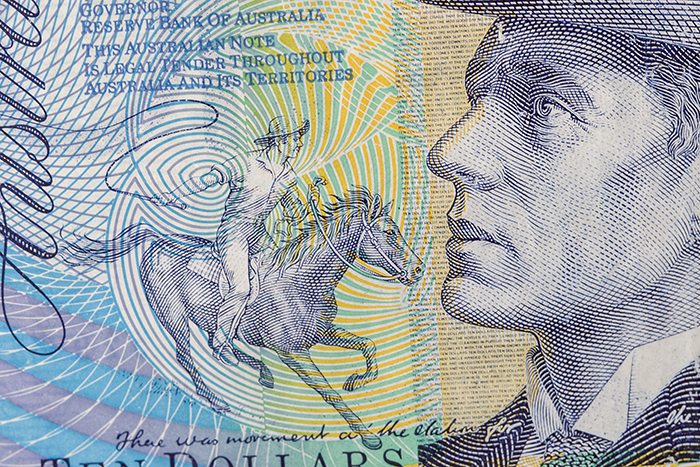 The last post with Andrew Jackson on the US $20 bill got me thinking about paper money and how beautiful it can be, but also how interesting certain features are with respect to the culture in other countries.

The level of detail that goes into the creation of modern currency really is impressive.  Much of the paper stock is made by a single, private company, Crane.  Crane’s public facing page hawks stationary and greeting cards, but they also make most of the cotton based paper used in both the US currency as well as international currency.  The base material is certainly used for counterfeit protection with different compositions of the cotton as well as polypropylene threads used throughout.  Other protection measures are the ink as well as holographic ribbons weaved through the cotton that are also matched to the currency.

I loved this ten dollar bill from Australia with its color and history.  This particular bank note was made out of polymer, one of the first polymer bank notes that I had ever seen on my first trip overseas to Australia and New Zealand with Robert and Ann.  There were a number of security features in this bill including the clear window with a watermark on it and raised lines providing a texture, a foil ribbon and fluorescent printing in addition to the raised print and micro printing seen in front of the face here.  The other thing that struck me was that the portrait on the Australian ten Dollar note was of Banjo Paterson.    In the US, we place portraits of former Presidents on the banknotes, but Banjo was a poet, journalist and author which says something substantial about the culture of Australia vs. that of the US. 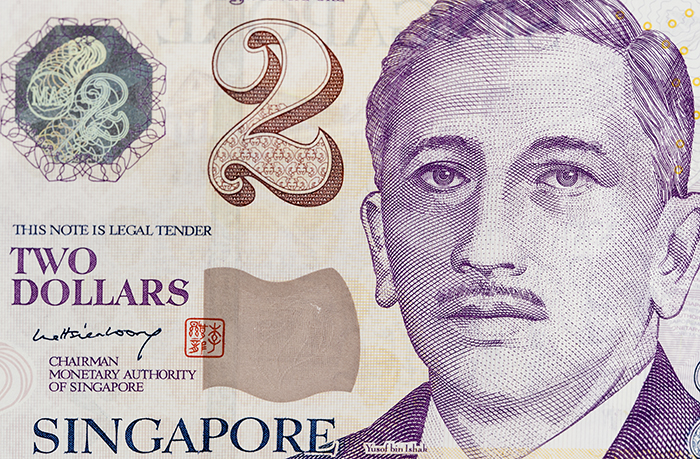 The Singapore dollars have the face of the president, Yusof bin Ishak, the first president of Singapore on them.  This one is one of the last of the paper notes that are in circulation as new polymer notes with the same design are overtaking them. 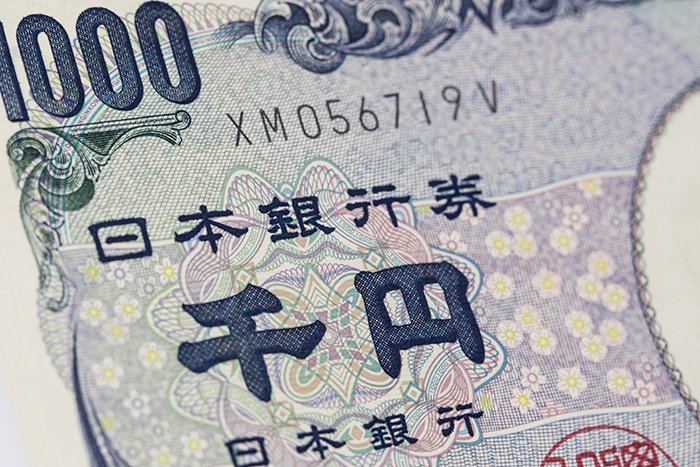 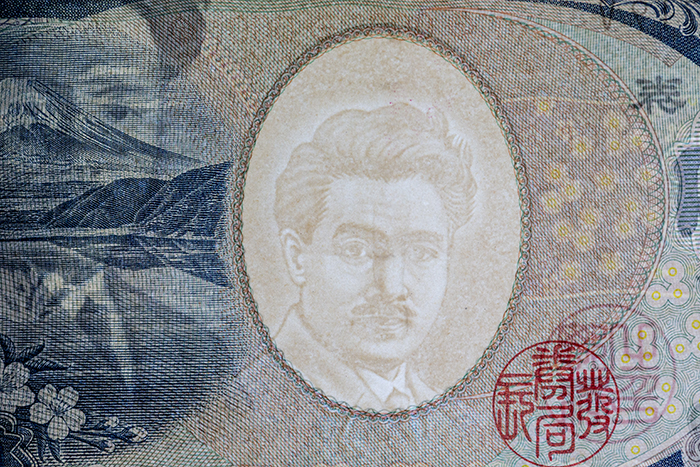 The Japanese currency is some of the most pretty with elegant and precise inking as well as pronounced watermarking or using transparent or semi-transparent windows that show images when held up to the light.  Lots of countries include watermarking including the US, but I find this among the nicest.  This 1000 Yen note is the latest series with a portrait of Hideyo Noguchi on it.  This is one of my favorites because Hideyo was a scientist, specifically a bacteriologist who discovered the disease mechanism of syphilis in 1911.  Its always cool when a culture celebrates their scientists and the Japanese seem to do so much more frequently than we do here in the US and also says something notable about Japanese society and their acknowledgement of those, other than politicians in helping shape their countries economy and future. 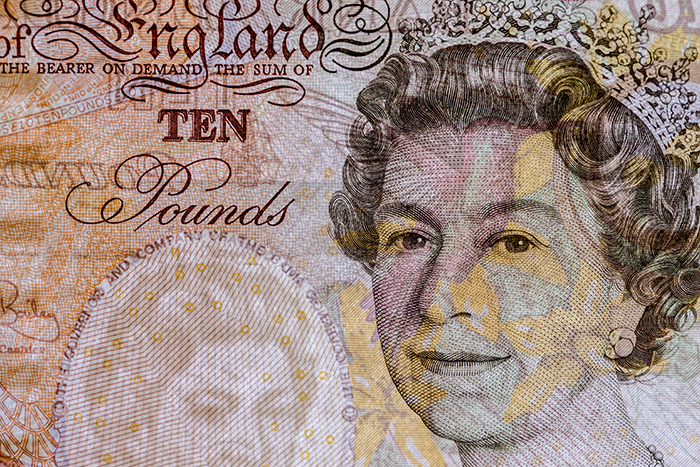 This British 10 Pound note, backlit to show some of the colors and patterns from the reverse also features Charles Darwin on the back as well as the hummingbird superimposed over the portrait of Queen Elizabeth II.  Any currency with scientists on it is going to attract my attention, particularly ones with Charles Darwin on them.  I’ve back illuminated this one to show the watermark of Queen Elizabeth as well as the hummingbird and a small HMS Beagle, a ship responsible for ferrying the famed naturalist Darwin to remote portions of the globe and helping to inspire his landmark Theory of Evolution. 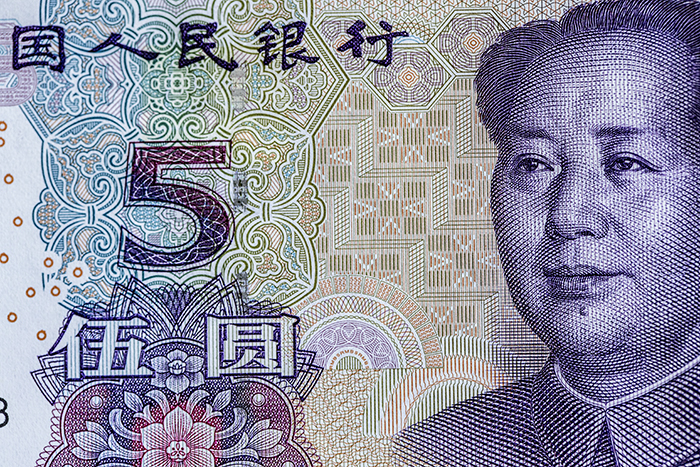 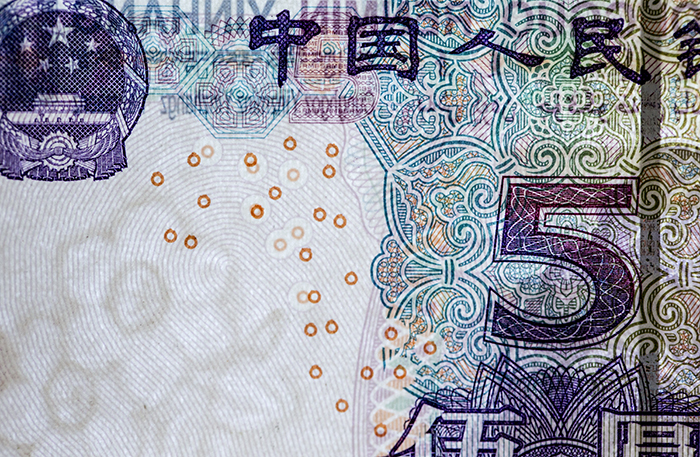 The 5 Yuan note featuring a portait of Mao Zedong also had many of the contemporary anti-counterfeit features including the EURion constellation seen in the US dollars, British Pounds as well as Euros (partially seen below).  Foil ribbons, watermarks, colored inks, microprinting and raised textures are also part of this note. 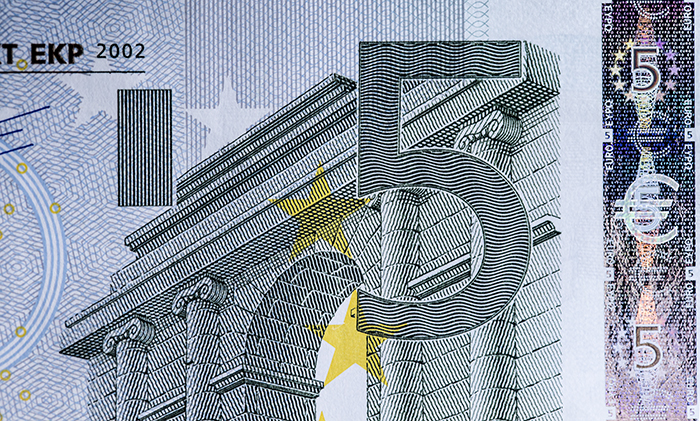 The first time I went to Europe, I marveled at the holograms in the Euro paper notes.  Of course we now have holograms in US currency, notably in the $100 bill, but the technology to make the holograms durable enough for paper/polymer currency kind of fascinates me.  Notably, there are no people featured on the 5 Euro note to avoid any cultural clashes perhaps.  Though there are generic structures that evoke Roman or Classical architecture on them. 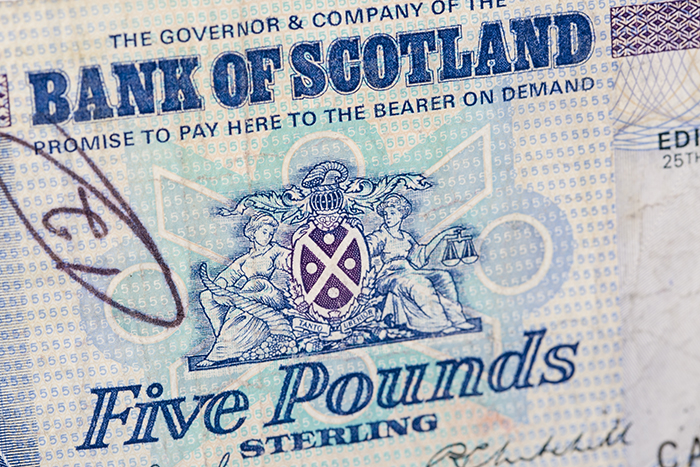 I found this five Pounds Sterling note in a jacket pocket upon returning home from a trip to Northern Scotland.  I was initially surprised that the Bank of Scotland printed their own Pound notes, but upon reflection, given the history, it makes sense.  Sir Walter Scott is also featured on this older Five Pound note, continuing the theme of featuring individuals who have helped contribute to society and its cultural progress. 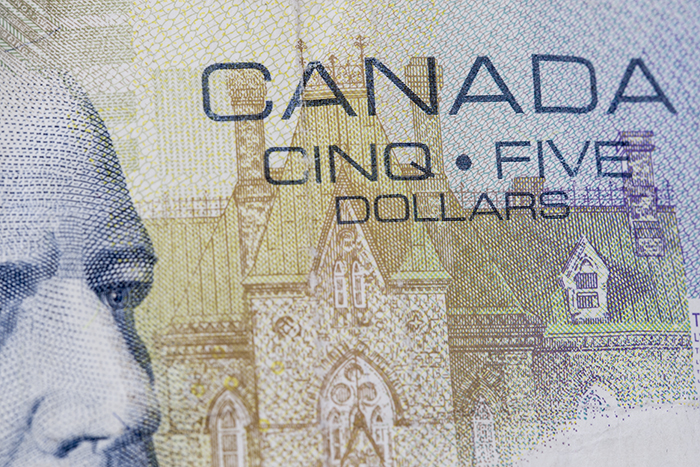 This five dollar bill from Canada was one of the first paper bills I had seen that used substantial amounts of color in them other than black and dark green.  This particular bill is paper, but the new ones are polymer which makes me wonder who produces the polymers associated with currencies?  Upon reflection, initially it seemed like there are so many more possibilities with counterfeit protections with polymers, but I’d suggest that paper still has a long ways to go with *lots* of things that could be done to incorporate counterfeit protections.  This bill features a portrait of Sir Wilfrid Laurier, the 7th Prime Minister of Canada. 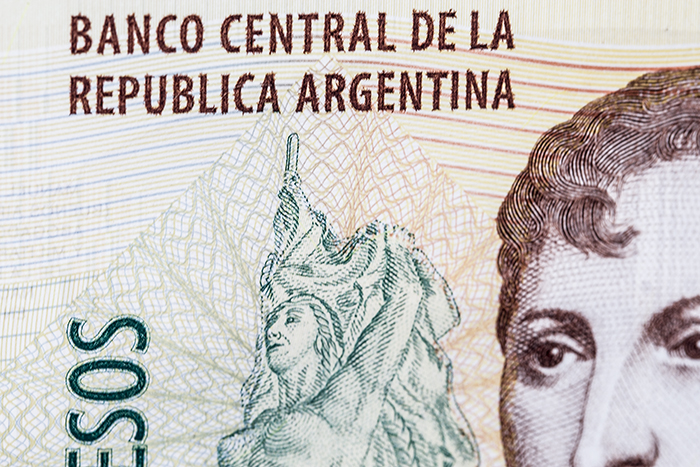 The Argentine Peso note that I have is one of the most simple bills I have.  This one is a 10 Peso note with José de San Martín on it.  Its also a bit crude comparatively speaking in terms of the inking with lots of bleed on much of the text which kind of surprised me.  I’ve seen ink bleed on other currencies, including US currencies, but never quite like this.  I’ve heard that there have been some improvements in this currency, so perhaps the new bills are more refined. 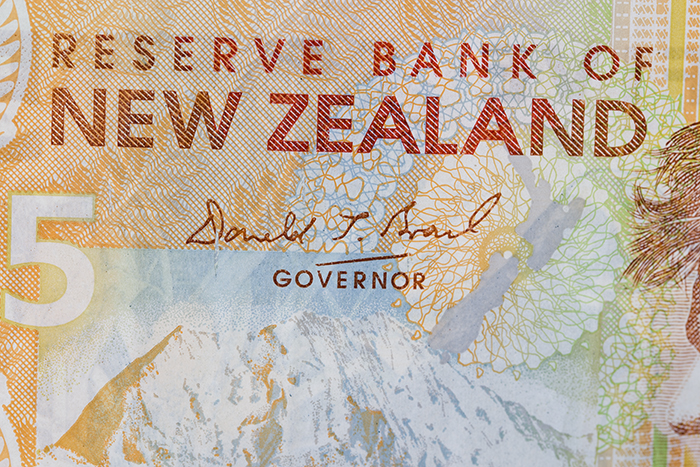 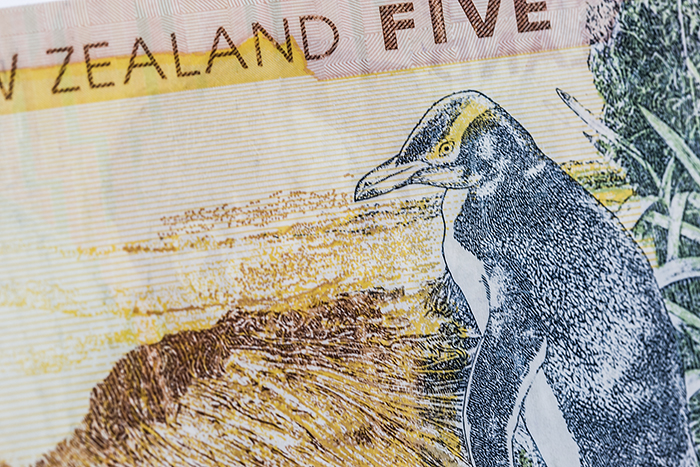 The dollars from New Zealand absolutely blew my mind when I first saw them.  My trip to New Zealand with Robert and Ann was the first trip to another country other than Canada or Mexico that I had taken and seeing this currency with all of the colors in it as well as the design features contrasted remarkably with US dollars.  It also has the very cool yellow eyed penguin on it which was a big selling point for me.  Most notably for me though, and continuing on the theme of countries featuring people on their currencies, seeing this currency was also the first time that I had seen currencies that celebrated people other than politicians.  This 5 Dollar New Zealand banknote was the first time that I had ever seen *an explorer*, Sir Edmund Hilary on a banknote and the first time I had ever seen an individual other than a politician on a countries banknotes.  There is an essay or even a dissertation somewhere here in which countries feature what kinds of individuals in their currencies and how that might reflect on that countries culture.

6 Replies to “A Study Of Money”