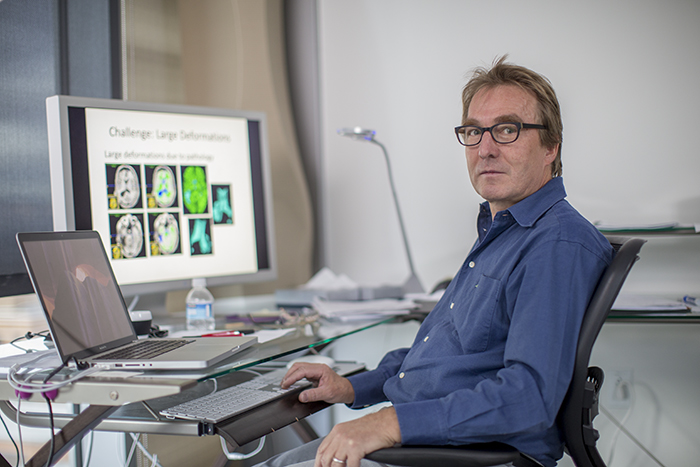 I’ve been doing a few portraits lately of folks including this one of my colleague Guido Gerig down at the Scientific Computing Institute.  My friend Greg asked me to shoot these for an upcoming feature on Guido who turns out to be a pretty interesting guy.  The expose that a couple of these photos appeared in an article about Guido titled Solving Mysteries of Autism via The Power of Collaboration.  You can download it here.

We wanted to show Guido in context of his work, in an informal setting in his office.  But there were some notable challenges.  In this particular instance, balancing the bright, morning light coming in from the floor to ceiling windows in back of the camera with the shadowed corner of the office while eliminating the reflections from Guido’s glasses and allowing the information on the computer screens to come through without reflections took some thought.  Both Guido and I were on pretty tight schedules, but we managed to set things up and get the job done in about 20 minutes, start to finish, thanks to a Strobist style approach with two off camera strobes diffused through umbrellas.  If you are interested in lighting, David Hobby (the Strobist guy) is your resource.  I am looking forward to having a few days to visit with David later this year and pick more information out of his head on lighting over a beer or two… 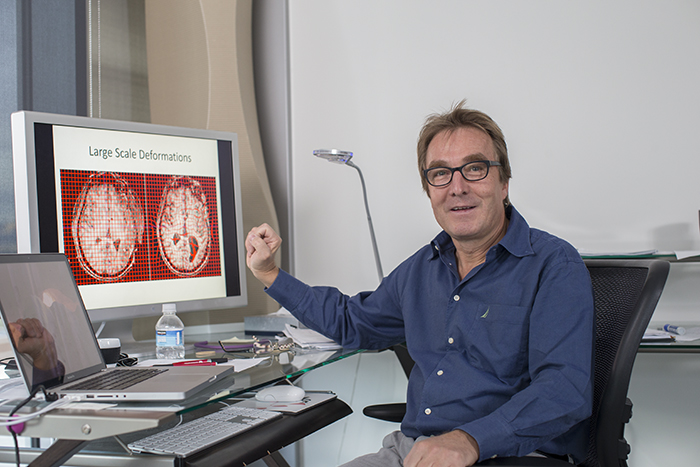 Guido’s work centers on medical image analysis and we wanted to show some of that in these images.  I had a couple of options there.  One was to photoshop in images and not worry about the reflections in the computer screens and the other was to get it all in camera.  I prefer the in camera approach as it seems more honest and frankly takes less time and effort getting it right in camera rather than Photoshopping it in later.  I was able to get most of the reflections out with the exception of his hand in the laptop display.  I chose to leave it in here, but suppose that it could be edited out for the final publication. 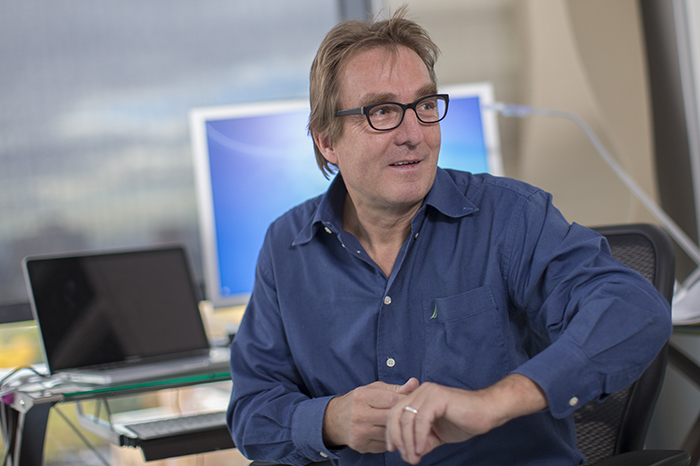 I really kind of liked this informal shot while Guido was talking with someone off camera.  Letting your subject converse normally and relax is critical.  You can see a slight bloom from the strobe behind me in the big computer display in back, but I don’t think its that distracting here. 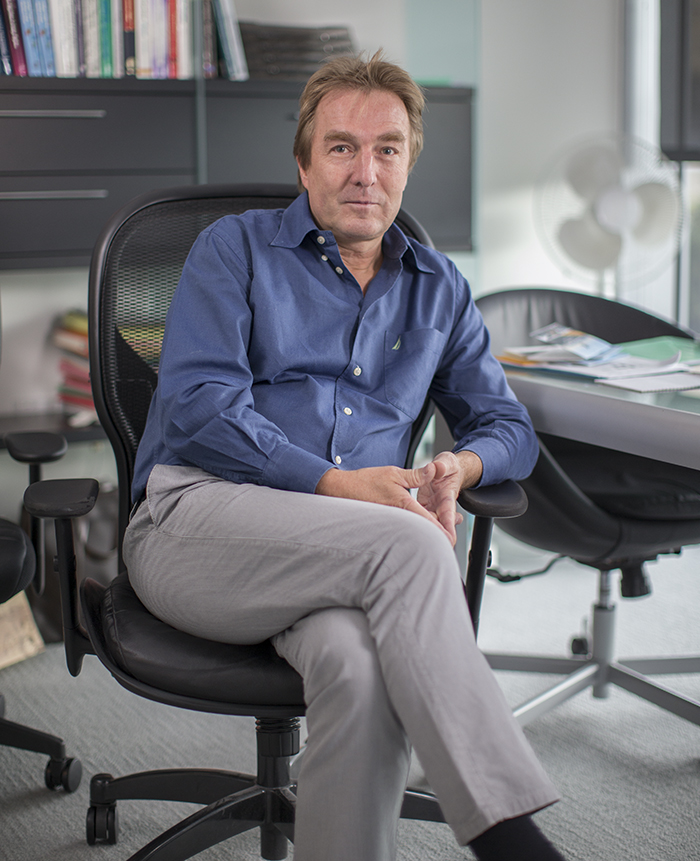 This shot was a challenge as there was very bright light coming in from the windows on the right of the scene, but a dark part of the office and hallway to the left.  There are some highlights on the right of Guido’s face from the large windows, but the left was very dark.  Balancing these exposures took a couple of minutes to figure out.  There are two lessons here… and an admonition.  When shooting a Strobist style approach, AA batteries in your flash will start to fail at the worst time.  I was getting low here and was starting to sweat.  Never let ’em see you sweat as the adage goes.  Lesson two:  I should have kept the shot without the fill flashes in for comparison afterwards.  Unfortunately in this case, I deleted it in camera *before* downloading them to the computer.  It would have been nice to post a before image without flash modification and the image with the flash fill.

My final comment here has to do with the texture in Guido’s trousers which creates an aliasing effect from Moire.  I have asked the engineers at Adobe for a FFT and Reverse FFT filter in Photoshop for years now and the marketing people keep killing it.  Come on guys…  Don’t make me take this image into ImageJ to clean up Moire effects.  Perhaps John can exert some influence at Adobe to finally make this happen…  I forgot to ask the other John about this when we talked a few months ago in SLC for a Moran Function, but I was kinda star struck.