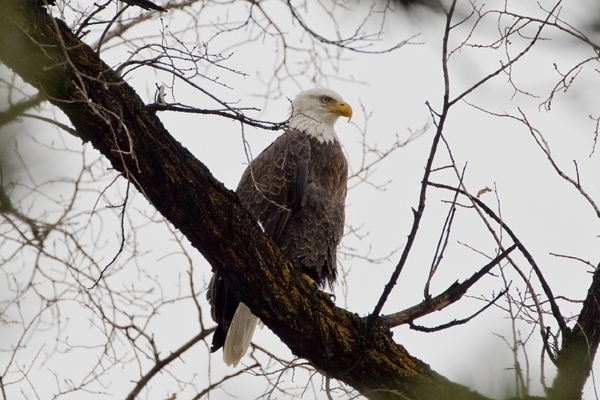 This bald eagle (Haliaeetus leucocephalus) was seen in the trees on the South side of Liberty Park, an urban park in the center of Salt Lake City.  I can’t tell you how happy this made me as I can remember back in the 70’s when I was a kid, the bald eagle population was trying to recover from habitat destruction and DDT contamination that reduced their numbers from around 50,000 nesting pairs in the late 1700’s to a shockingly low 417 nesting pairs in the lower 48 states by 1963.  By 1995, the US Government was able to down list bald eagles from endangered to threatened in most of the United States, one of the great conservation success stories in recent history.  Current estimates are around 4,450 nesting pairs in the lower 48 United States. 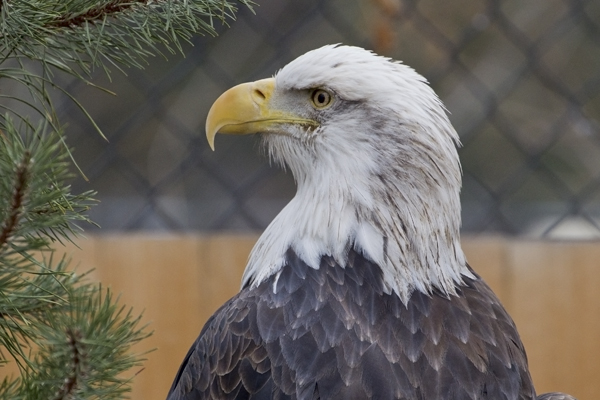 Another bald eagle seen on the same day, though this particular eagle is a bird housed at the Tracy Aviary, also in Liberty Park.  This eagle was grievously injured, losing a wing and now has a permanent home at the aviary, but provides an opportunity for many to see a bald eagle up close.