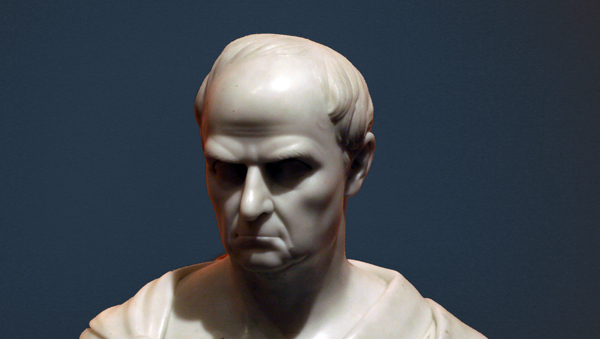 The month of November seems to have had some degree of political influence on my images and thoughts. Specifically, there have been images of a bust at the Utah Museum of Fine Arts that I had been fascinated with for a while only to find out later that it was a bust of Daniel Webster, one of the great political orators of his time carved by Shobal Vail Clevenger. I have also been flirting with the edges of government workings after meeting twice with the State Director for Economic Development for Bioscience who, it turns out shares a mutual interest in photography (thanks Ned). I also have interviewed Pete Ashdown for an upcoming article in a well known Internet resource. Pete is running for Senate in 2006 and I look forward to more of what he has to say (thanks Pete). And finally in-between all of that and teaching, running data for collaborators, meeting with the Stillman lab for yet another collaboration (thanks David and Warren), meeting with more collaborators for information management (thanks Trish and Chris), getting ready for Thanksgiving, enjoying same and giving a presentation later today at ARUP to one of the directors and the R&D folks, I had the an impromptu photo opportunity of former President Jimmy Carter which is why most of you will be tuning into this entry.

This event demonstrates nicely that the advice to always carry your towel should also apply to cameras. I was going down to pick up our organic turkey for Thanksgiving from Wild Oats and I saw something fairly familiar….. You know, Secret Service agents despite their efforts at maintaining a low key presence, always manage to stick out like the proverbial sore thumb. Sorry folks, but it’s absolutely true. Anyhow, walking over to Wild Oats, I could see them setting up and I knew that former President Carter was in town for a book signing. I figured I knew where he would make his entrance and sure enough, the Secret Service agents were setting up at the back entrance of Barnes & Noble. So I asked one of the agents if he would mind my getting some photos and he asked me who I was. I replied “a scientist who would like to take a photo of President Carter”. He looked at me, smiled, and asked me if I had my camera. I said it was back in the car and he said “go get it” and showed me where I could stand to get the best photo. Of course he likely did this both because he was polite and because he he could keep an eye on me right where he wanted me to be. I’ve had some most pleasant conversations with Secret Service agents in the past and have always been impressed with their professionalism, and this was no exception. We talked briefly about a variety of issues and then the radios got busy as President Carter got closer. A couple of minutes later, the Suburbans pulled up and former President Carter was whisked out of the vehicle and into the Barnes & Noble for the book signing. 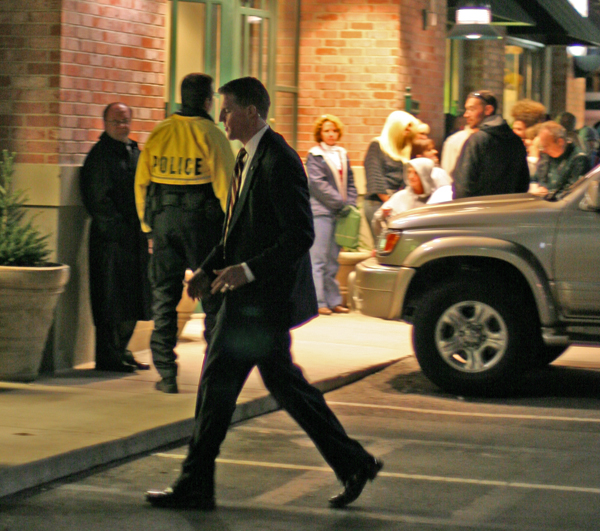 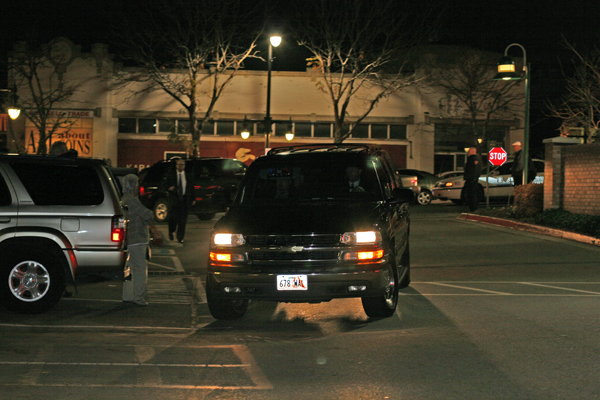 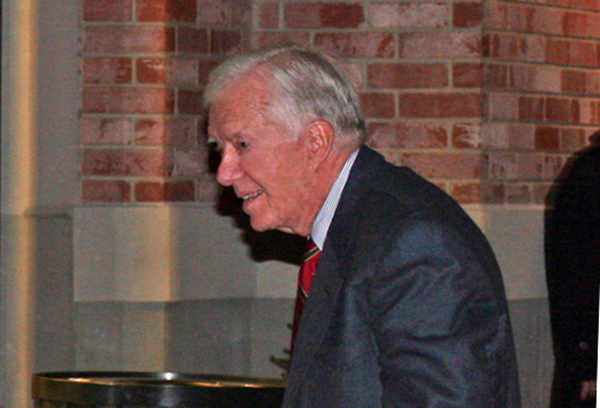 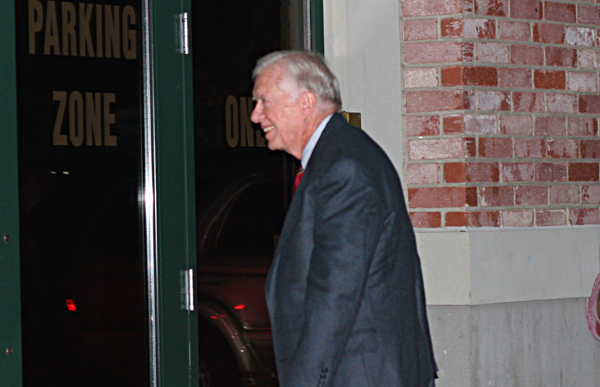 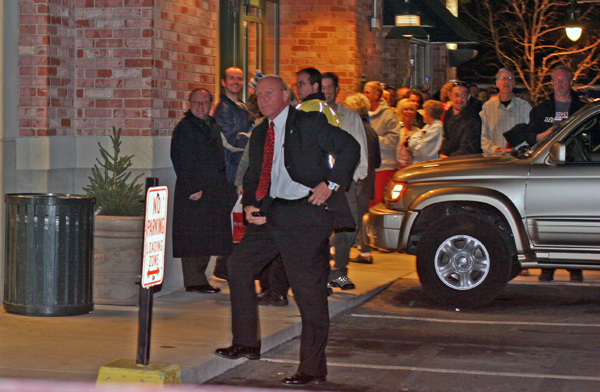 After I got the photos, I walked over to Wild Oats to pick up the Thanksgiving bird. When I got to the checkout counter, the cashier asked me what was going on outside. I told him that former President Carter was here signing books and he asked me what ticket he ran on…….. Now, I am only thirty-five, but I felt so old when he said that. How could he not know? The cashier was maybe in his early twenties, so perhaps there was a ten year or so difference between us, but it was like I was talking to someone thirty years apart or more from me in age. I informed him that Jimmy Carter ran as a Democrat to which he immediately said “what does he say about globalization?” I said “What?!!? What aspect of globalization are you referring to?” The cashier replied that he was against globalization in all forms and had studied it extensively. I was a bit incredulous at this point as if he really did have any real curiosity about globalization, he would have known about Jimmy Carter and The Carter Center along with all of the work that former President Carter has done for human rights and international economic development. Now, I don’t like to consider myself as either a party line Democrat or Republican although I lean left, but people on both extremes are simply difficult to tolerate and it is people like this cashier on the extreme left that are not doing themselves or their cause any good with that degree of profound ignorance.

President Carter has done more in his “retirement” than just about any other President in history with his work both nationally and internationally and he has for as long as I can remember, been one of my heros. Not only did he serve with honor in the US Navy, and as President of the United States from 1977 to 1981, but he also won the Nobel Peace Prize in 2002 for his efforts “of decades of untiring effort to find peaceful solutions to International conflicts, to advance democracy and human rights, and to promote economic and social development”. In between, as President of the United States, his administration brokered the Panama Canal treaties, mediated the Camp David Accords which established peace between Israel and Egypt and negotiated the SALT II treaty with the former Soviet Union all while promoting human rights throughout the world. After his Presidency he worked with his non-profit center, The Carter Center, in 69 countries around the world to promote issues of national and international public policy including conflict resolution, the promotion of democracy and p
rotection of human rights. Economic development is also promoted through prevention of disease, advancement of public health and promotion of local business and agriculture and his work with Habitat for Humanity should not be ignored.