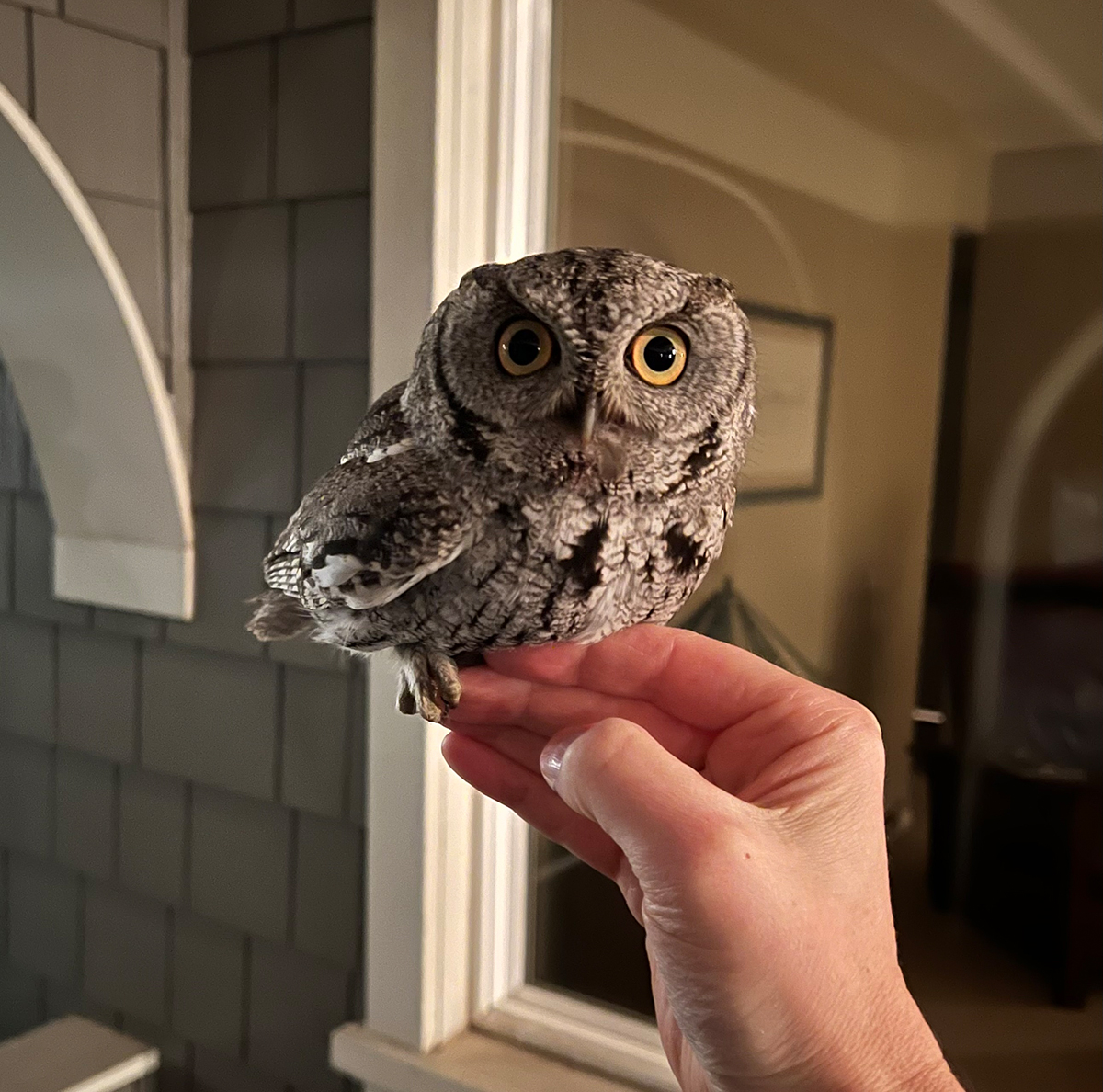 Last night we had a little drama when we were visited by a Western screech owl that hit our front window.  We heard a bang on the window, and I opened the front door to see a little owl on the porch with its wing out.

I thought, “damn. it broke its wing.” So I scooped it up and saw a mass in its foot, and my next thought was “oh, no… a tumor”.  Turns out the “tumor” was a small bird that it just caught however.  The owl seemed a little dazed, so I took the small bird in its talons which was dead, and perched the owl on my hand while feeling for broken bones along the wings, breastbone, back and neck. I was worried because it was not complaining, so I tried a brief avian neurological exam by shading the eyes to see if the pupils reacted (the were responsive and equal), then took the small bird it had in it’s talon and used that to see if the owl would track (it did). Then I checked balance and hearing and everything seemed fine. But the owl would not leave my hand.

I then tried getting it to fly by moving my arm and and down, and the owl would extend its wings, but then fold them back again and would not love my hand.  So, I sat down with the owl, and fed it the small bird and waited… and waited… and waited…  while scratching the birds head and gently massaging along its body, neck and head which it *really seemed* to enjoy.  After a bit, the owl flew up to the edge of the roof and just sat there for the longest time in the snow giving me great concern that it was in fact injured somehow.  We tried calling wildlife resource centers, bird rescue groups, and the local aviary, and nobody would answer their phones which was incredibly disconcerting.  But, two minutes after Tweeting out the request for input, the little owl looked down at me, and silently and beautifully flew off into the night.

I’ve always loved owls and am taking this experience as an early Christmas blessing, incredibly grateful that this owl was OK, and for the opportunity to have spent some time with it, helping it out.