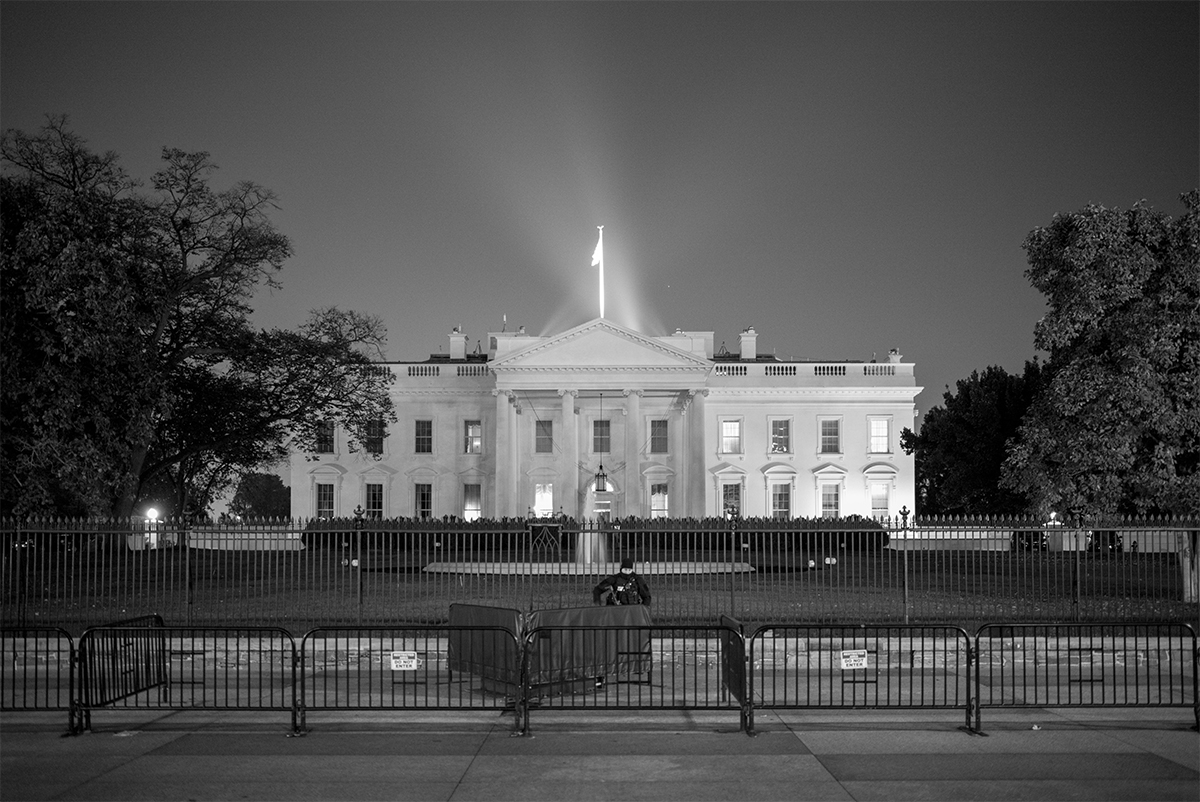 In November of 2017, I found myself in Washington D.C. at a time, a year after the 2016 elections.  D.C. felt strange, alien… unwelcoming even as the new security barriers you can see in this image, were being erected around the White House.  The Secret Service patrolling the White House grounds, normally are friendly, yet professional.  But this time walking past at just after Midnight, there were clear changes with more heavily armed Secret Service and Capitol Police on the grounds.  On top of that, the atmosphere felt ominous.

The interesting thing about this image to me now, is that three years later, this view is no longer possible as the Trump administration has erected new, tall security fencing around the White House. It is this context of time that is important, and why documenting the world around us gives us perspective of how much changes over even short periods of time.

Trump had already started ratcheting up his rhetoric and people at the time were wondering when he might become “Presidential”.  We now know that he never did become “Presidential” and right now in November of 2020, is attempting to reverse the election results to remain in power.

It is only through the lens of history that we’ve known how far the Overton Window has shifted.  Therefore, it is useful from time to time, to reflect on where we’ve been, and how much things have changed, and whether we thing these changes are for the good or not.