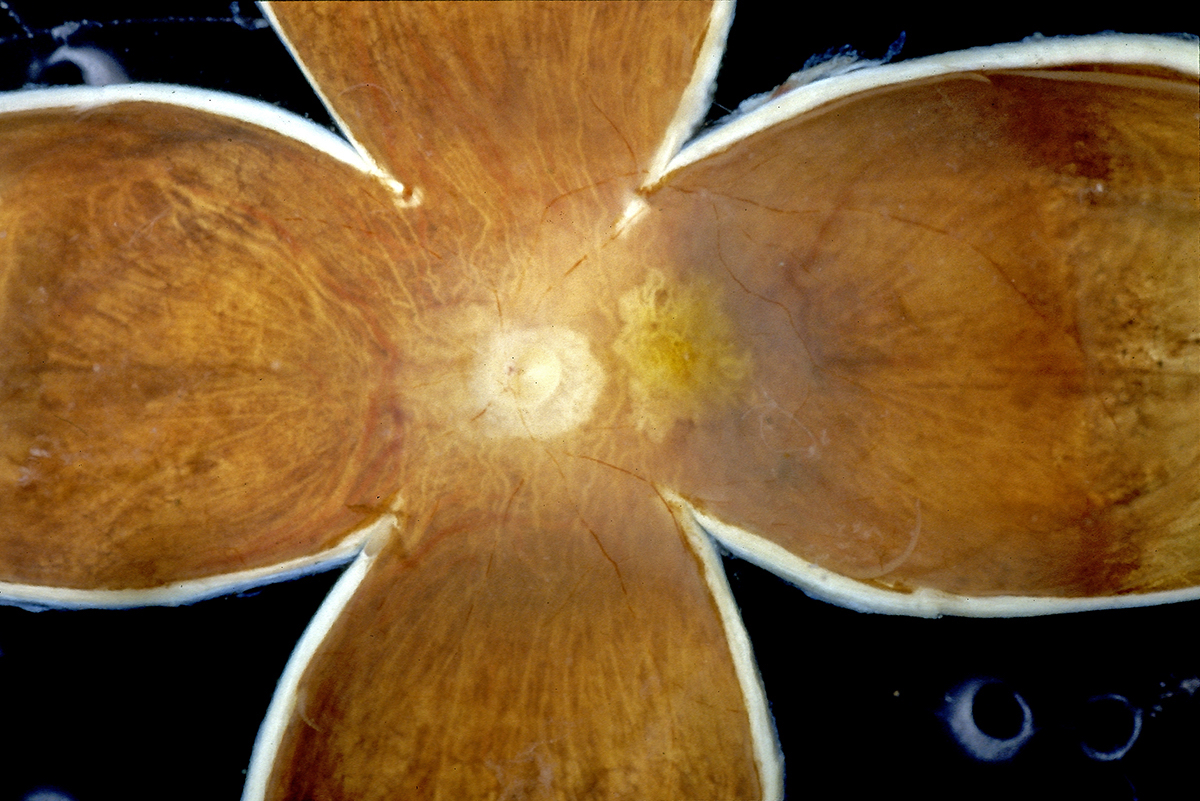 This is a flat mount of a human retina from a patient with Age Related Macular Degeneration (AMD). The optic nerve is at the center, and the pale yellow blotch to the right of the optic nerve head is where the macula and fovea are.  That blotch represents an area of retina that has lost its photoreceptors, and is undergoing progressive neural degeneration.  This patient had lost their central vision.

I like this image from the perspective of the science, but also because the color palette resemble the Dutch Golden Age of painting and the form has a symmetry that speaks to me.

The disease AMD, is a progressive retinal degeneration resulting in central visual field loss, ultimately causing debilitating blindness and affects 18% of people from 65 to 74, and 30% of those older than 74 years of age and is a leading cause of blindness.  Even though AMD is the best studied genetic disease, I am actually stunned at how little we know about the actual mechanisms mediating disease progression in AMD.  The pathways and mechanisms through which genetic and non-genetic risk factors modulate development of AMD pathogenesis remain largely unexplored.