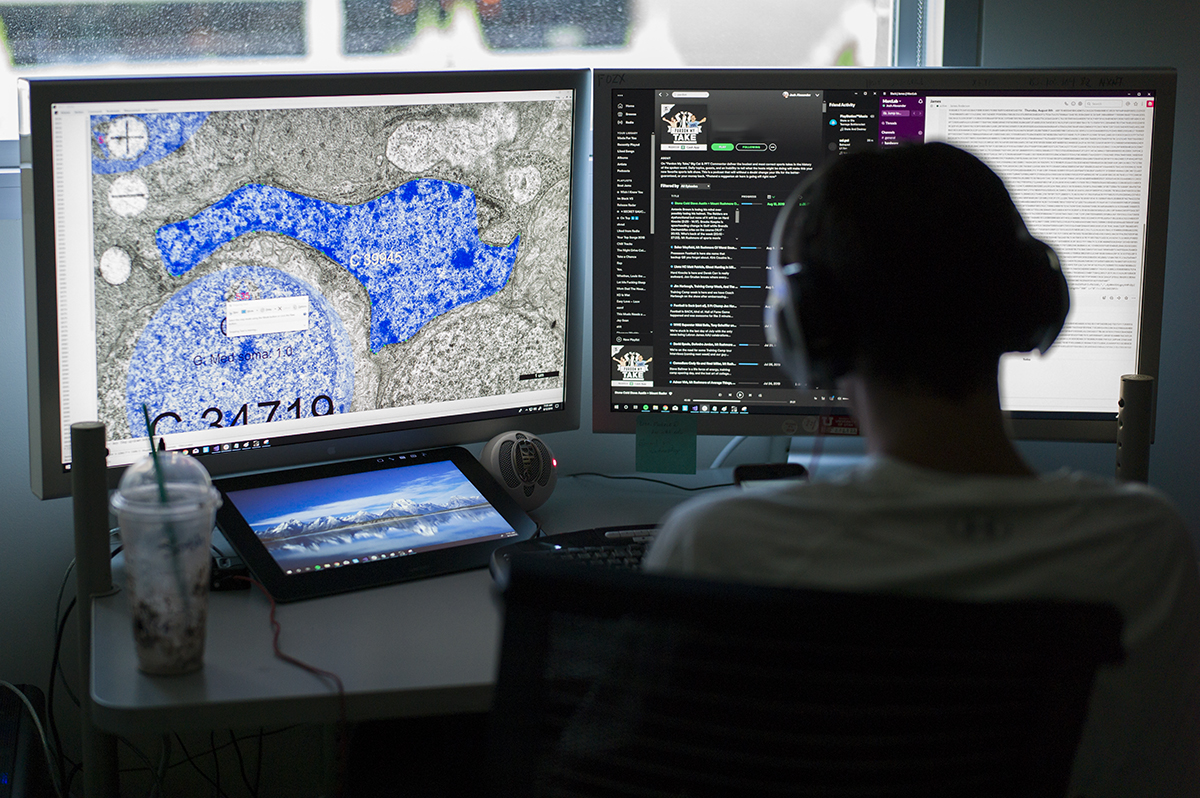 Josh Alexander is a computer science undergraduate working in the lab to develop code that helps facilitate pen based annotations in our connectomes.  For speed of annotation, we have been dropping discs on ultrastructural features to reveal the general structure of neurons, glia, vasculature, etc…  Jamie and I argued about that years ago when he suggested circles, and he was absolutely right in terms of productivity.  These approximations have been good enough to determine general morphology, and most importantly the relationships between neurons to derive connectivity which is the bread and butter of this lab.  However, we are now asking more detailed questions, and poly lines in our database and Viking are a desired feature.  More soon…