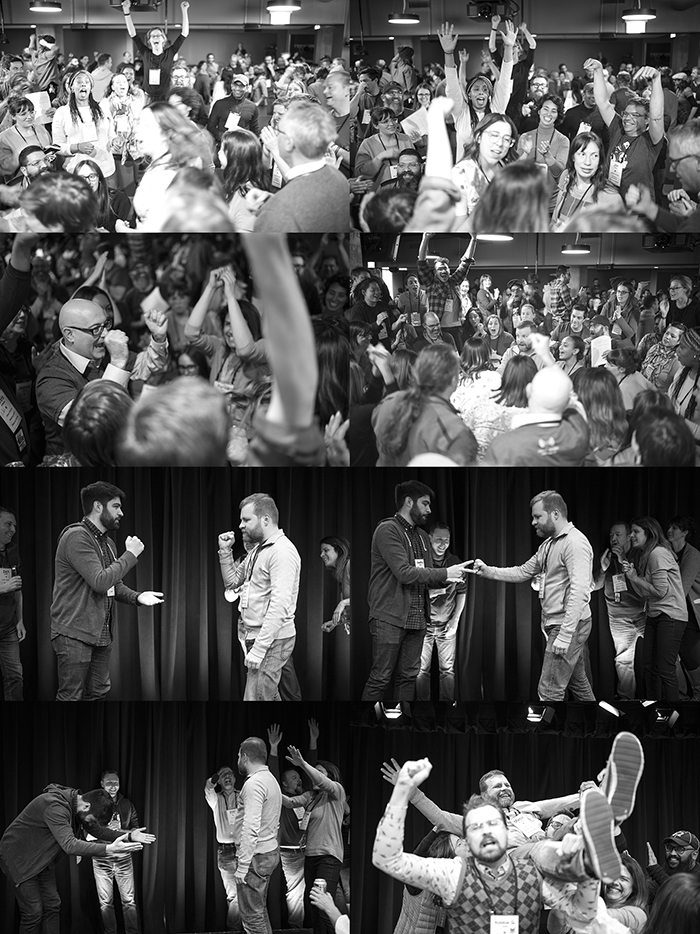 A game of rock, paper, scissors with 200 people was the opening event at ORDcamp a couple weeks ago.  The plan was to have everyone turn to the person next to them and play rock, paper, scissors with the loser then becoming an advocate for the person who won, by cheering them on in the next round.  This progressed rapidly and within 5 minutes or so, the entire group of 200 people had converged on two players for a grand championship with 99 people cheering for one player and 99 people cheering for the other.  I won rounds for the first two minutes, then grabbed the camera to document the final three or four minutes of “play”.

Initially, I was skeptical or even irritated at the thought of something so silly, but oh, I was so wrong.  This was an interesting study in randomness, peoples character, teamwork, and was it ever so fun.

This post summarizes that epic game of rock, paper, scissors in 8 images. The winner was Marcin Wichary (@mwichary) 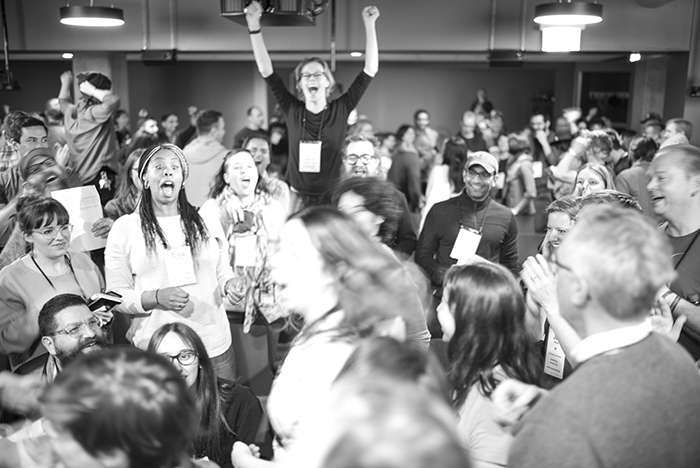 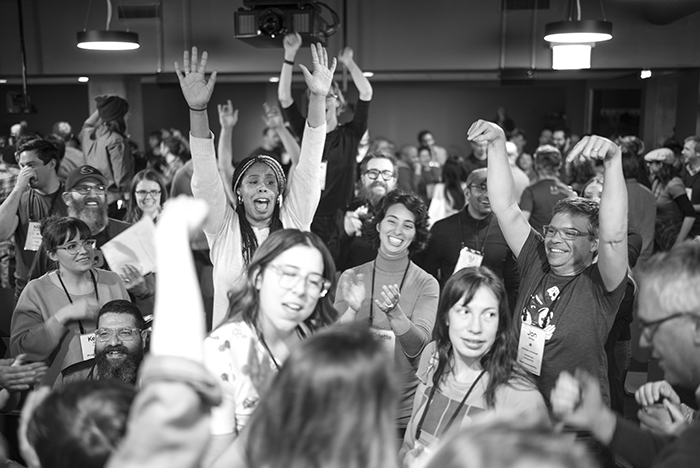 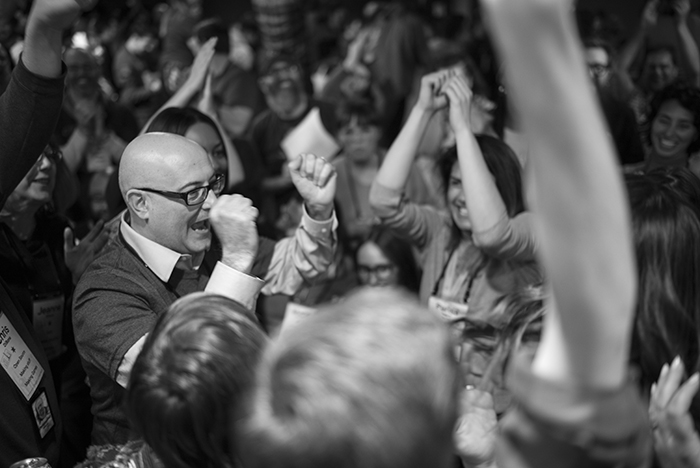 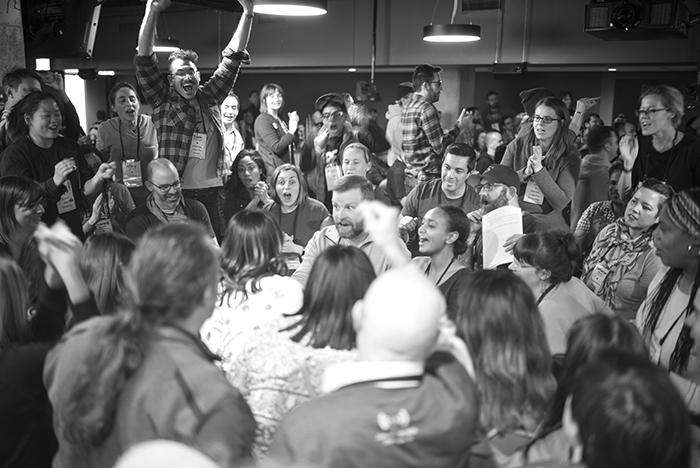 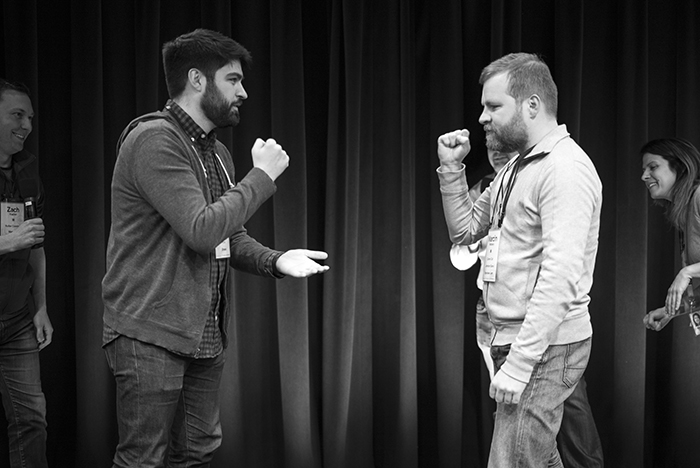 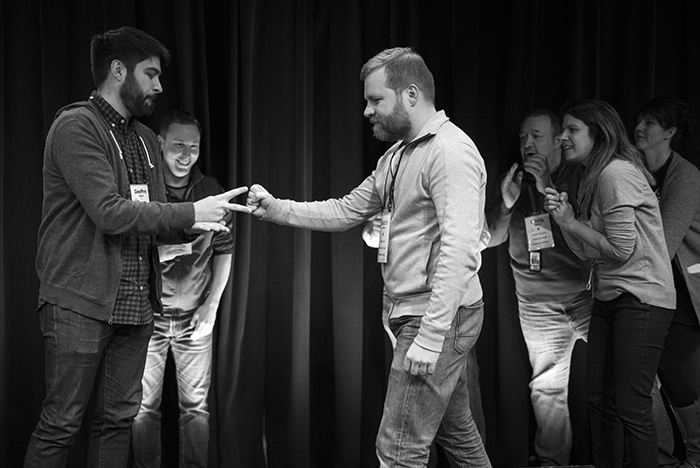 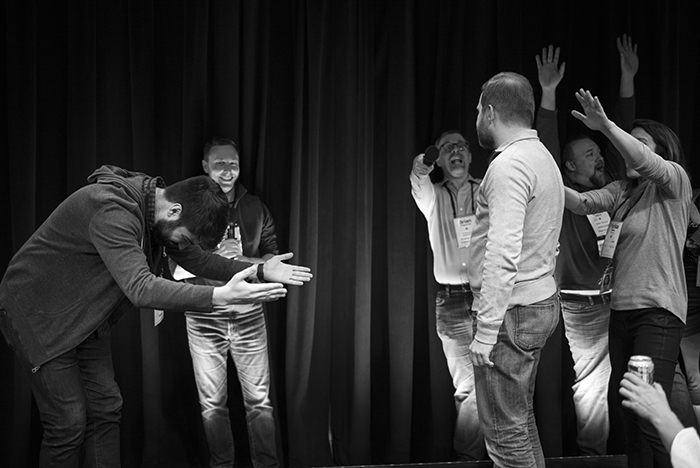 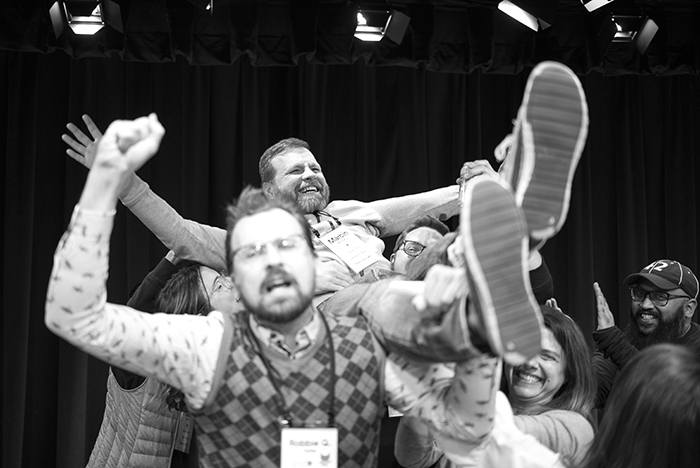