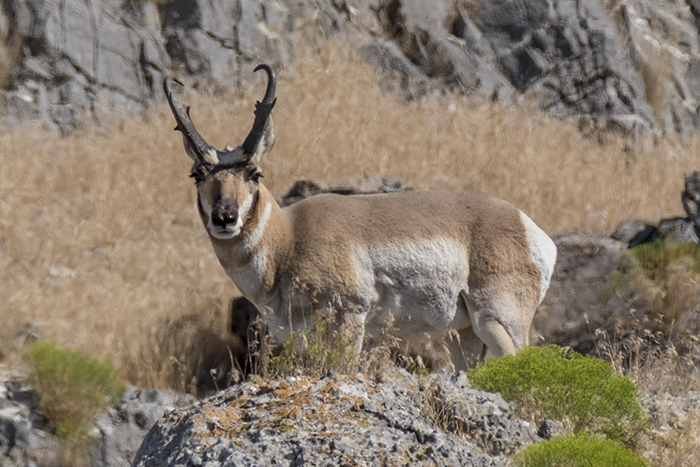 Life on planet Earth can completely surprise you from time to time.  Out in the middle of a US Air Force bombing range, some of the most beautiful large mammals, the pronghorn antelope (Antilocapra americana) live.  Though called an “antelope”, this is a very old animal in North America more closely related to the giraffe and okapi than any true antelope, deer or cattle.  They are amazing animals with markings that one would not be surprised to see on an African savannah and they are remarkably fast calling back to an earlier time with predators more akin to lions than hunters with rifles. 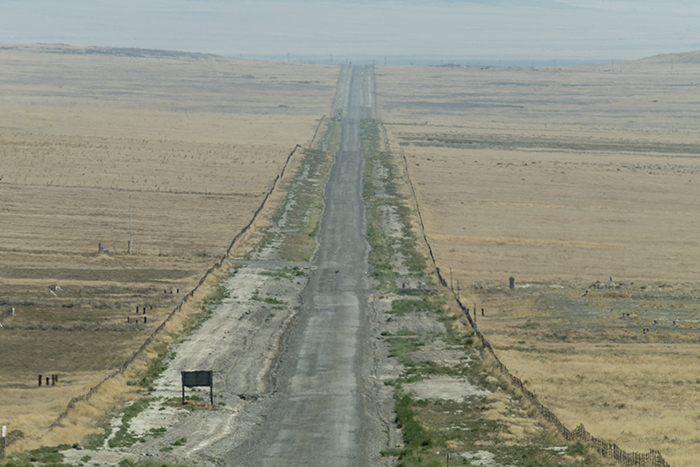 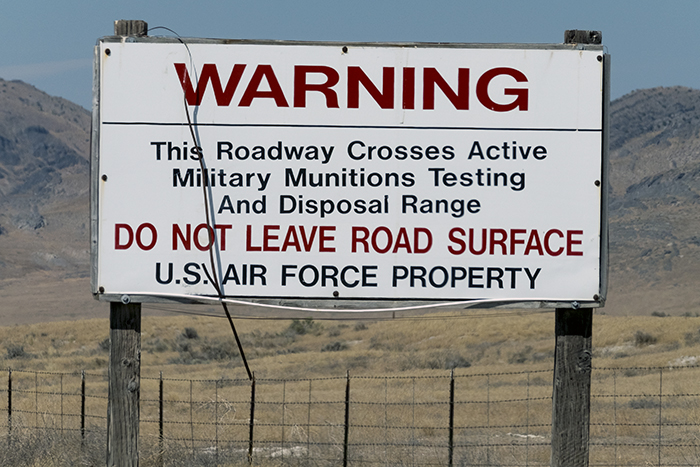 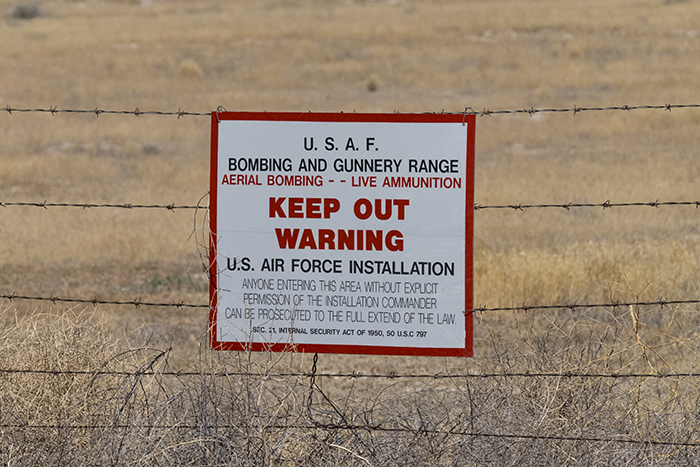 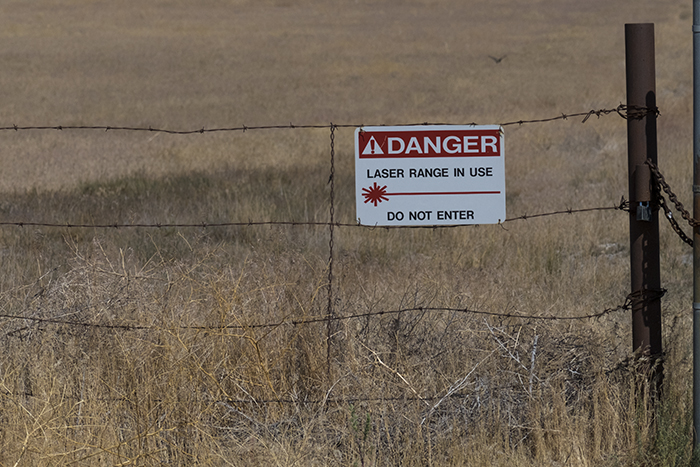 This location is the Utah Test and Training Range, located in Utah’s West Desert, about 80 miles West of Salt Lake City and is where the various services including US Air Force, US Army and US Marine Corps perform exercises with live ammunition and ordnance.  It is dangerous country out here with aircraft flying overhead dropping bombs and firing cannons at ground targets on occasion. Consequently, there is plenty of unexploded munitions around which keeps explosive ordnance teams busy.

On this day though, it was very quiet… and hot. 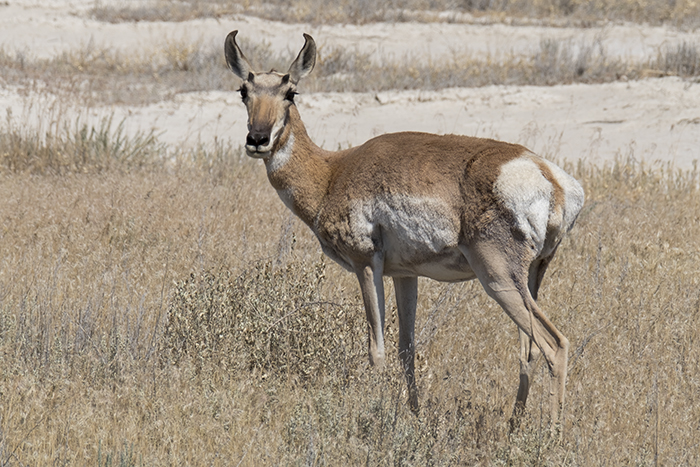 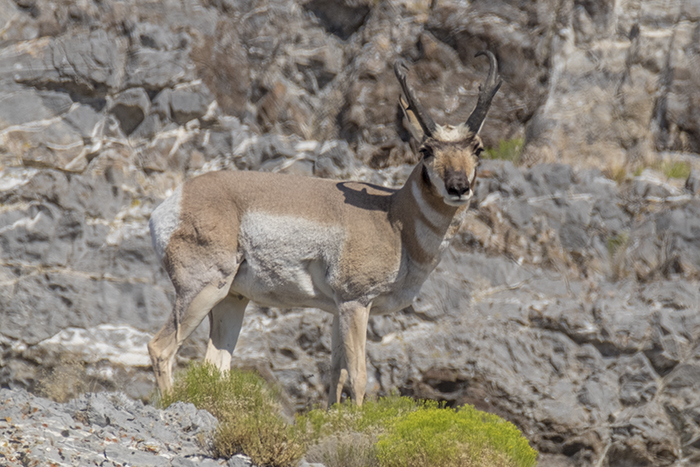 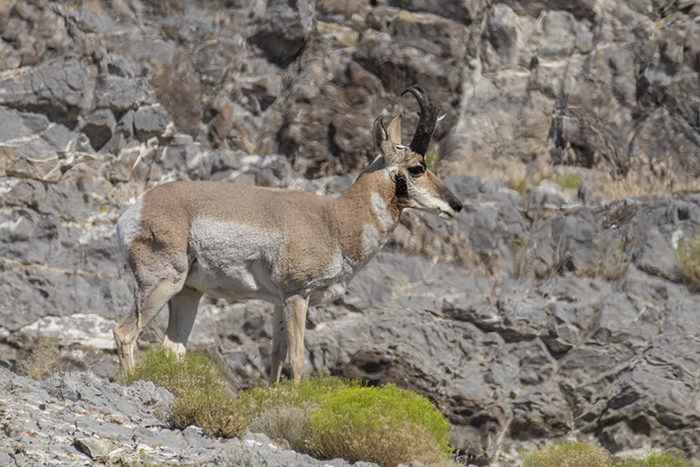 I’ve been out here a few times over the years to see some of the exercises and had seen pronghorn antelope off in the distance.  But this is the first time I’ve been able to get close enough to photograph them.  It helped this time that I had Fuji’s 100-400mm lens with a 2.0x teleconverter which helped to get in a bit closer, but this also was the closest I’d ever been to wild pronghorns.  I am surprised by how good the optics are for this lens combination as I was able to see the pulse from the heartbeat in the veins on the legs while the animal stood there looking at me. 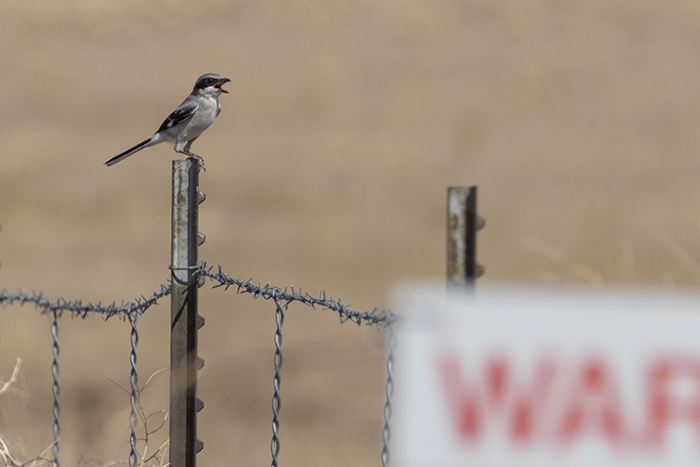 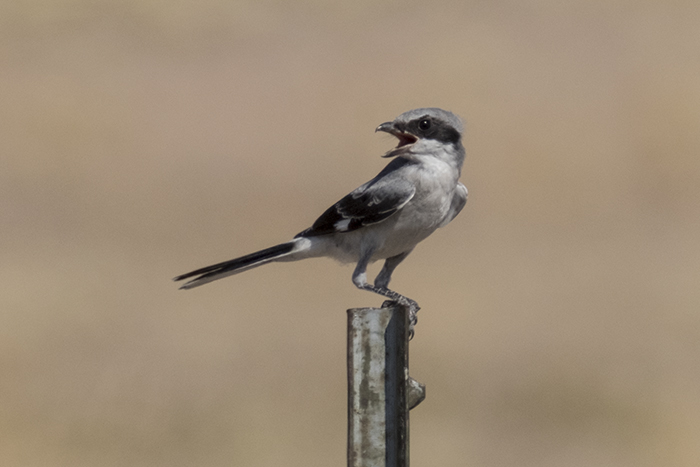 I was also surprised to see quite a bit of small bird life out here, particularly given how hot it was.  The temperature gauge in the car reported 106 degrees F (41 C) which explains why this loggerhead shrike (Lanius ludovicianus) was panting constantly as it flew from post to post.  Right before leaving for the day, I poured out some cold water into some scrap metal beside one of these posts and walked away to watch from a distance while it flew down to drink and bathe in it.  This of course got me thinking about where the pronghorn antelope get enough water to maintain themselves.  My guess is that there is some very different physiology at play, but there also has to be some fresh water springs, somewhere out here…  If you were on foot out here and without water, it could get dangerous, pretty quickly.