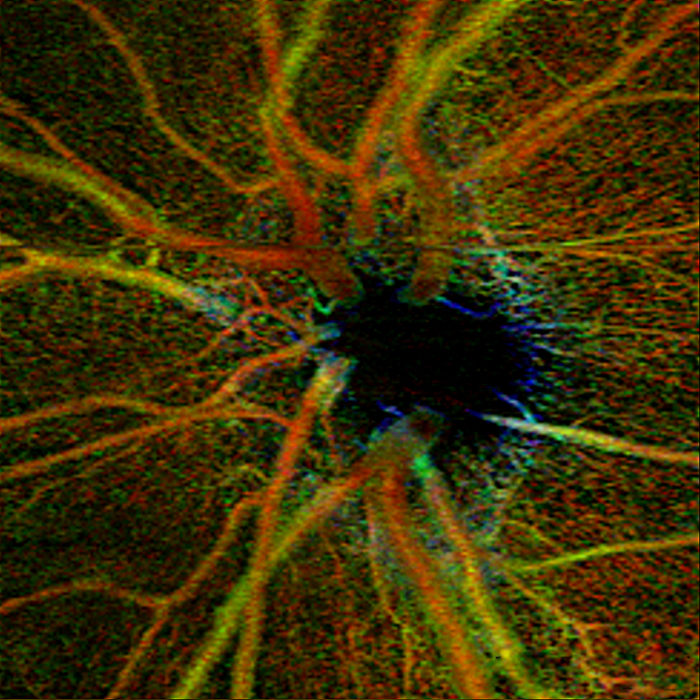 Several companies have this technology or are coming out with it soon, but I got to play around with a new toy from Zeiss, a high definition OCT (Cirrus HD-OCT Model 5000) to look at the vasculature of retinas.  With the help of Jim Gilman, we imaged my retina in less than a minute, showing us in near real time, the angiography in my eye. 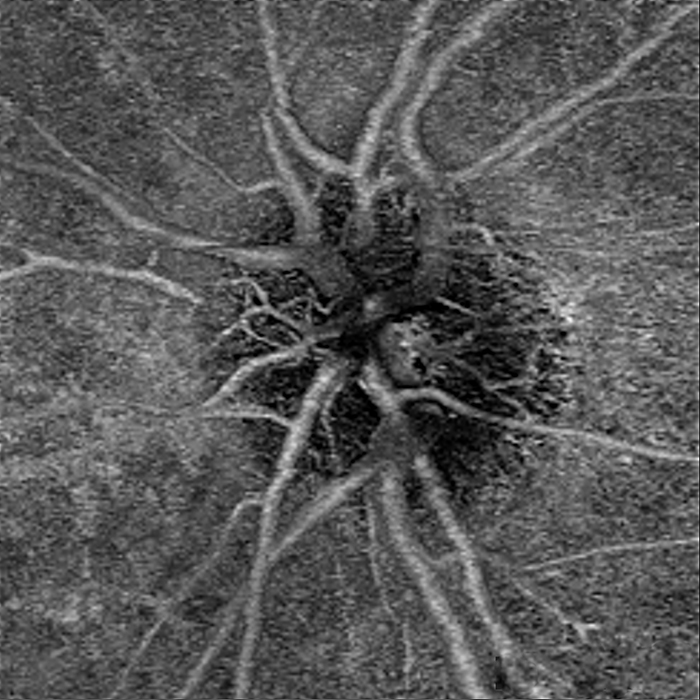 I’m always amazed at how good clinical imaging is getting and in this case, the ability to visualize the retinal vasculature completely non-invasively is a pretty big deal.  It used to be that to get these pictures, you’d have to inject a contrast agent into the blood stream which has its own risks and issues. A cool .gif animation (10MB) of a journey through the retina can be seen here. 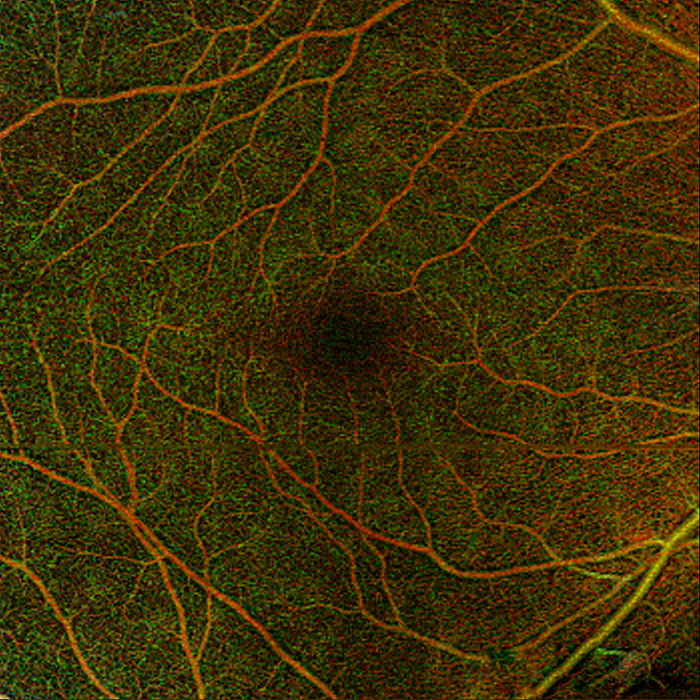 This wonderful technology has me reflecting on the progress in science funding.  I’ve been pushing some numbers around in my head the last couple of days and conclude that our national commitment to science and progress in this country simply are not enough.  Each one of us pays out around $100 per year in taxes to fund the NIH and we spend another approximately $2,560 per person for defense.  It seems that if we could shift a tiny fraction of what we spend on defense in this country, we could easily and effectively double the research budget in this country, bringing new money to discovery.  For all the lip service we have done over the years on our commitment to being a global leader in science and education, we don’t seem to put our money where our mouth is. We talk about moonshots and finding the cause du jour to rally behind, but what science needs is consistent, reliable funding to push progress forward. We get hype from time to time about science funding like the War on Cancer back in 1971 that we’ve seemed to renew with our recent cancer moonshot effort.  But the reality is we spend more money on defense individually than citizens in any other nation on the planet.  The truth is, we are not really serious about a “war on cancer” or a cancer moonshot or a “brain initiative” until we devote the kinds of dollars we spend on defense to these problems.

The problem with all of this “moonshot” talk and the bitter truth behind funding it is that there is no *new* money for science from Congress and has not been for over a decade. The NIH and NSF get tasked with doing new things or having new requirements put on them, but budgets have effectively shrunk for well over a decade and new “moonshot” efforts take existing funds from other research programs, reducing their effectiveness.  This austerity trickles down and as scientists, we spend more and more of our time on the process of applying for grants and less time doing the actual science.

If we really did manage to double the research budget in this country, it would be a gigantic impetus for progress in understanding and, as history has shown, would be a huge stimulus for the economy.

A historical perspective on US federal government investment in science could be considered to start with the Department of Energy back in 1943 which gave us the atomic bomb. But those efforts also provided an amazing diversity of technologies behind modern computer storage, data communication, supercomputer technology used for modeling, and better cancer diagnostics and therapies.

Investment in the National Institutes for Health has effectively given rise to the entire biotechnology economy. Just the Human Genome Project alone returned $178 for every dollar invested, and made up 5.4% of GDP in 2010.  For those who advocate for more military spending in this election cycle, note the following facts:

The government shut down and subsequent sequestration in 2013 is still impacting how we perform science and how science is being done in this country.  Those cuts as a result led to massive losses in NIH funding, fewer research grants being funded, delays in research programs, loss of jobs, and fundamentally, and loss of future progress. Already, research funding success rates in the NIH have dropped by almost half from a decade ago due to the failure of Congress to appropriately fund science.

I’ve said before that academic science has been the cornerstone of economic growth in this country, particularly post WWII that has driven growth in not only economies on a global scale, but also improved the human condition substantially.  Without investments in academic science we would not have the Internet,  novel manufacturing methods or materials, clean water or any number of other advancements that have improved our lives.  Without biomedical academic science, we would not have MRI’s, new drugs to treat diabetes or heart disease, novel surgical techniques to heal disease and injury, nor would we have the promise of treating diseases like cancer and blindness and we certainly would not have the technology that I imaged my retina with which inspired this whole post.

This election cycle will determine where federally funded research will go over the next decade and my hope is that we will reverse the trend wrought by a GOP led obstructionist Congress and again find bipartisan support for science and education.