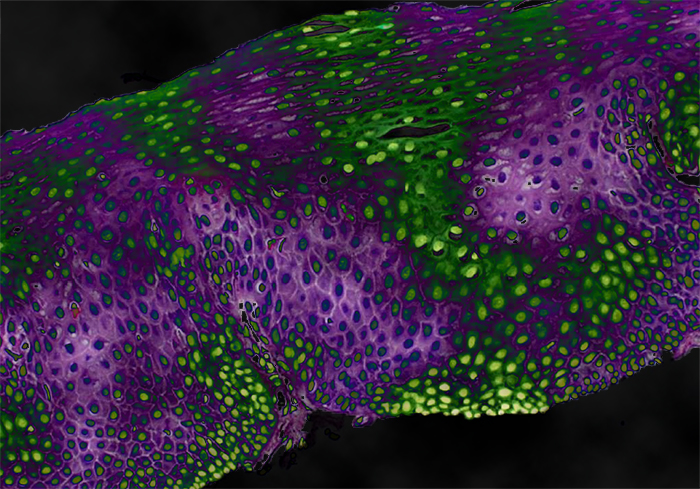 I’ve teamed up with a group of clinicians and pathologists to start looking in a new area using our tools to explore metabolism. They wanted to get a quick case report out prior to a more comprehensive study looking at metabolites in the esophagus of patients with eosinophilic esophagitis.  So, there is a new publication out, Eosinophilic Esophagitis in Two Patients with Systemic Sclerosis.  Authors are Frech TM, Boynton K, Downs-Kelly E, myself, Kriesel JD, and Peterson K.

Abstract: The gastrointestinal tract (GIT) is the most common extracutaneous organ system damaged in systemic sclerosis (SSc) and is the presenting feature in 10% of patients. The esophagus as the portion of the GIT is the most commonly affected and there is an association of gastroesophageal reflux (GER) with SSc interstitial lung disease (ILD). Thus, an aggressive treatment for GER is recommended in all SSc patients with ILD; however, it is recognized that a long-term benefit to this treatment is needed to understand its impact. In this case report we discuss the presence of eosinophilic esophagitis (EoE) in two SSc patients and discuss the role for early EGD in SSc patients with moderate-severe GER symptoms for tissue study. Assessment of esophageal biopsy specimens for the presence of eosinophils and possibly ANA can help elucidate disease pathogenesis and direct therapy, as the presence of EoE in SSc has important management considerations, particularly with regards to dietary modification strategies.

Image: A photo-illustration of esophagus taken from a biopsy.