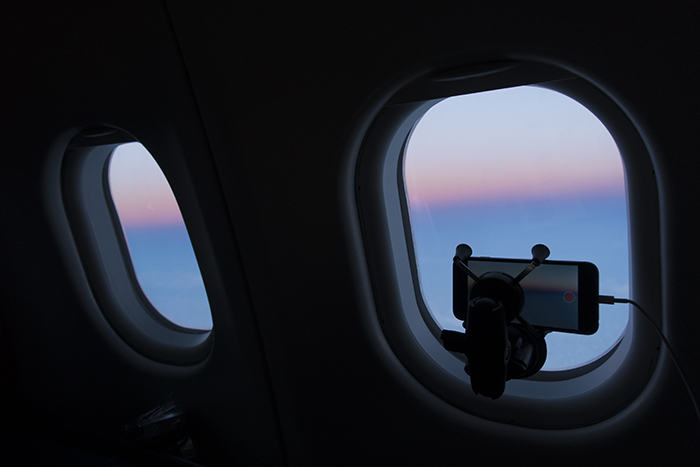 A little while ago, I made a quick trip to Athens, Thessaloniki, Mykonos and Delos, an insanely fast, 3 day stopover in Greece and then back home.  It was for a totally good good cause that I was so honored to be invited to that I’ll write about here in the coming days as I get through the photographs.  But for now, enjoy a few images of the world passing by outside the Delta 767 that served as my chariot to Greece along with a little timelapse movie of the trip.

The movie was made with my iPhone as shown in the intro image.  There was a point at which it refocused on some dirt on the window which made me wish you could lock focus at infinity with the iPhone.  Anyone have any ideas on how this might be done? 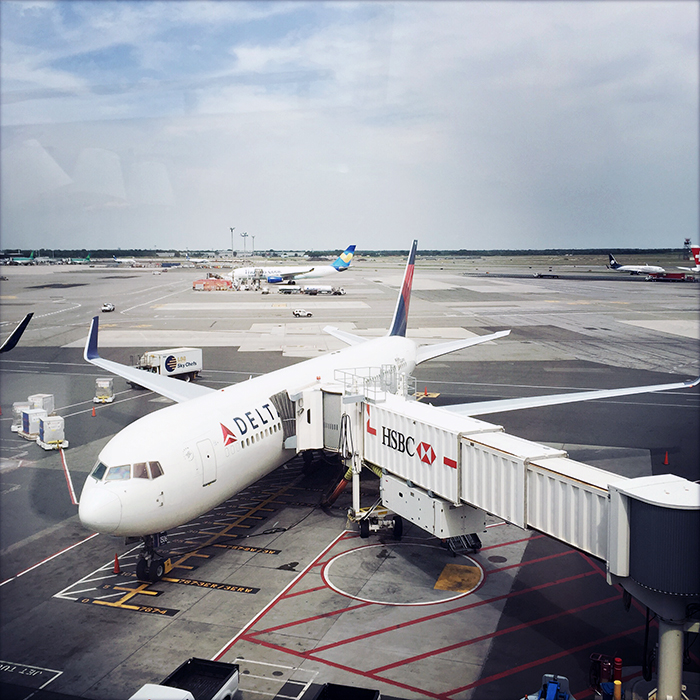 This was my ride, a Delta/Boeing 767 with the newer lie flat seats which were nice for stretching out, but I’ve never been able to sleep much on planes. 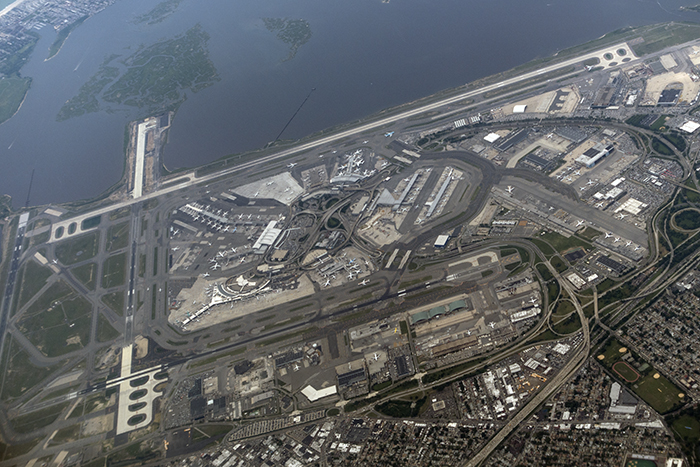 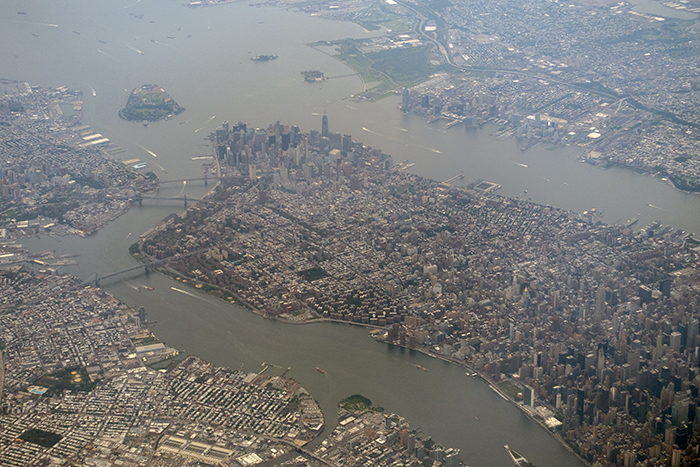 I was supposed to get to New York in September, but life conspired to keep me away with grants and manuscripts that need finishing.  That said, I’ll have to see what the coming schedule brings.  I love New York and really want to get back as images like this just remind me of how many stories are in this city.  You look down at this and there are literally millions of stories in this one image. 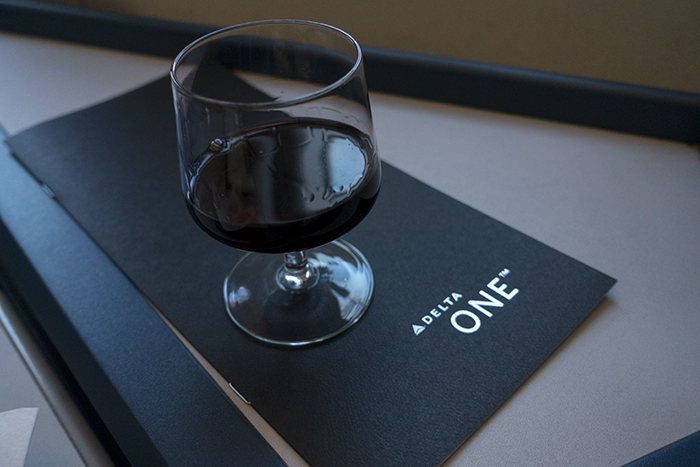 Delta does have a nice menu with actually really nice port for desert on the trans-Atlantic flights.  This combined with an ice cream sundae made for a rather pleasant end to dinner prior to several hours of uninterrupted work. 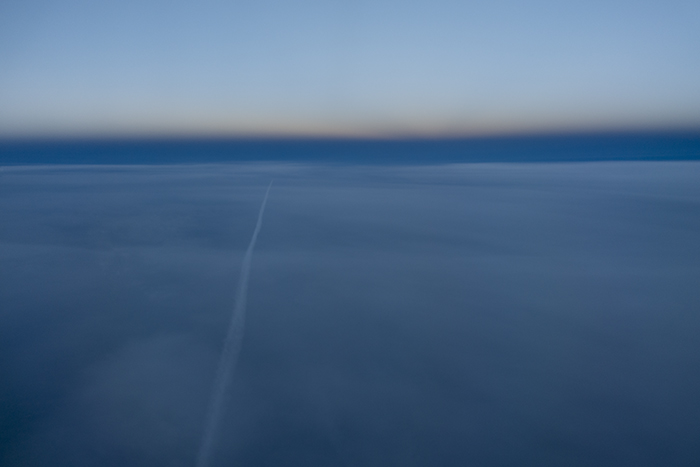 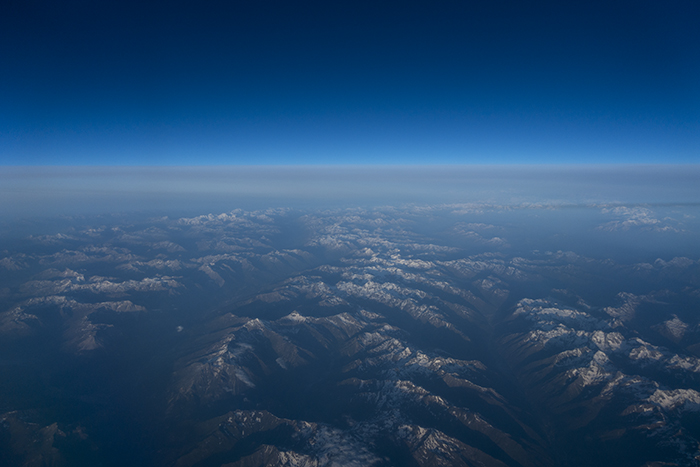 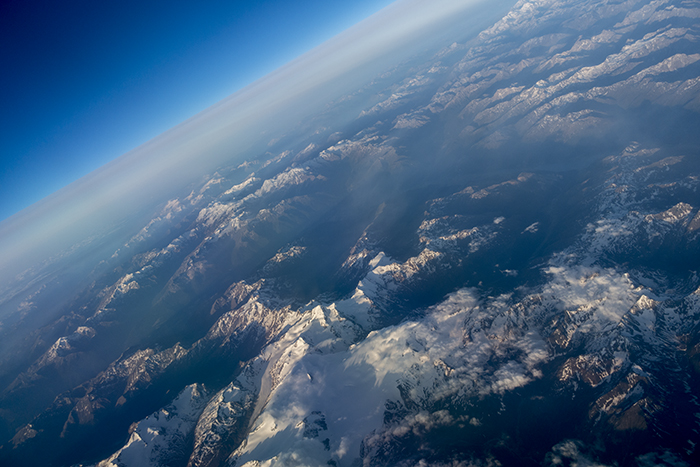 This was my first view ever of Italy as we flew over the Italian Alps and down the Adriatic coast of Italy.  At one point, we flew past the towns where my Grandfather was stationed briefly in WWII, helping to organize anti-fascist partisan resistance. 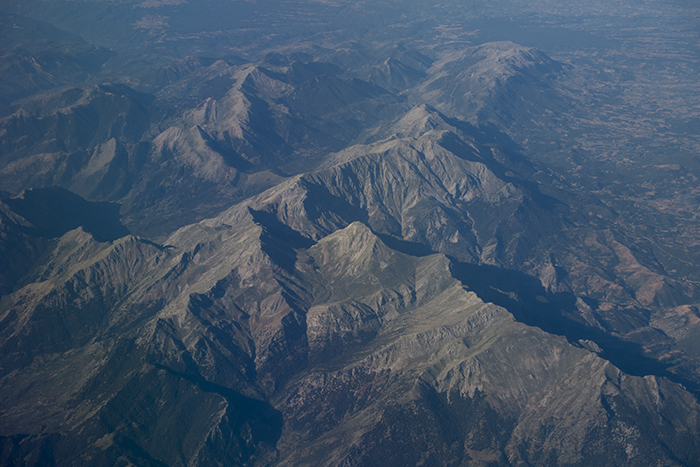 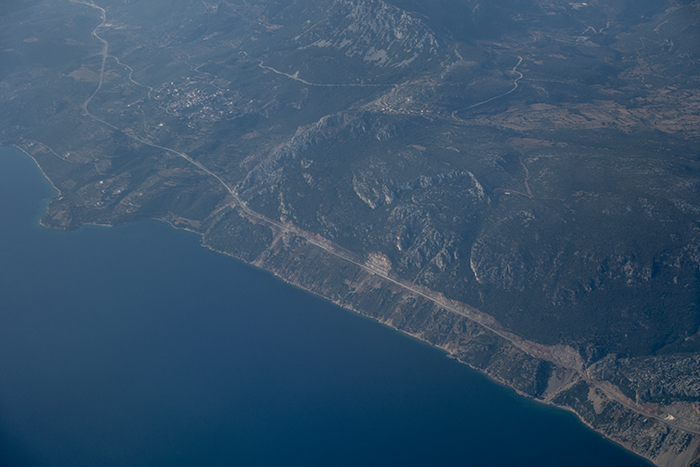 Greece came up pretty quick which was exciting as I’d never been to Southern Europe before.  I was also unprepared for the size and extent of mountains in Greece with many small mountain communities that would be very interesting to come back and visit some time.  It was such a dramatic view from the air encompassing so much history of the beginnings of the modern world that happened here. 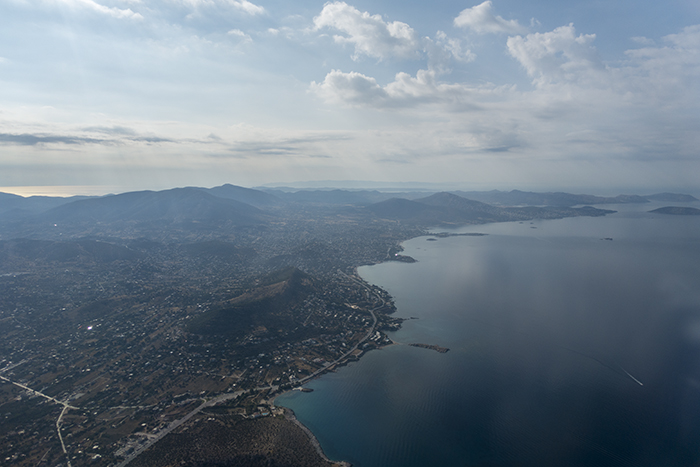 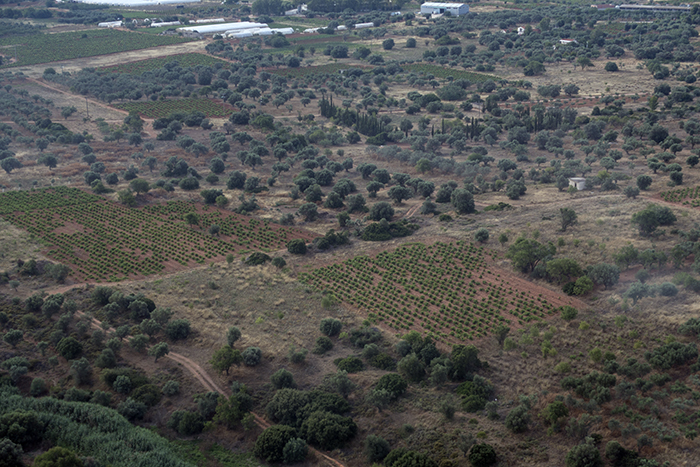 Athens arrived in short order and I wondered what we were in for given the proximity of the debt crisis that was underway.  The plan to bring lots of cash/Euros turned out to be a safe one as I’d find out later.  The other thing flying in that surprised me was how many small farms and olive groves were around Athens. 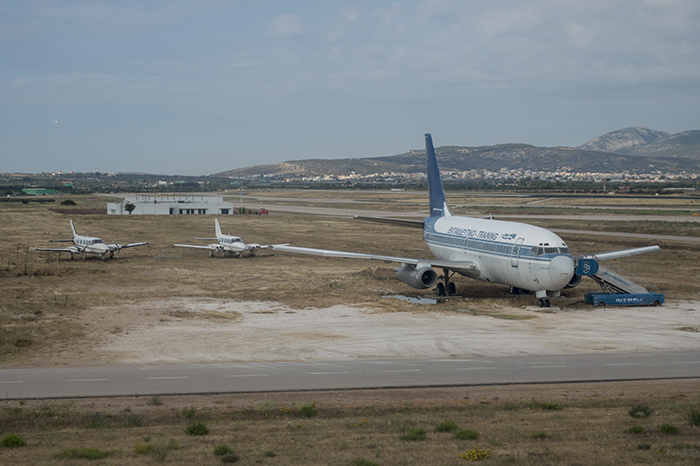 The Athens airport was smaller than I expected and they had three aircraft at the side of the runway that appeared to be practice aircraft of some sort, perhaps used for emergency training.  Regardless, they had engines, but certainly did not look flight worthy… 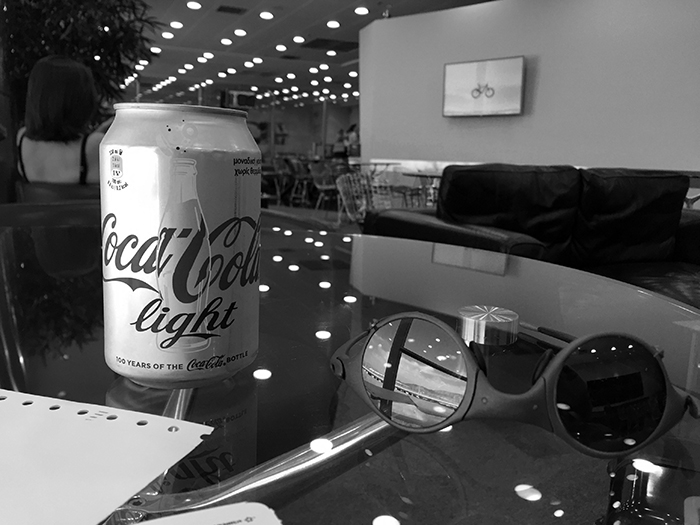 If there were more time, I would have loved to have gone into Athens to see some of the sights, but time being what it was, I hung out in the Athens airport for a couple of hours before heading out to Thessaloniki and the coming festivities.  Nothing special in the Athens airport to remark upon except the Greek airport police were not the most welcoming face of Greece.