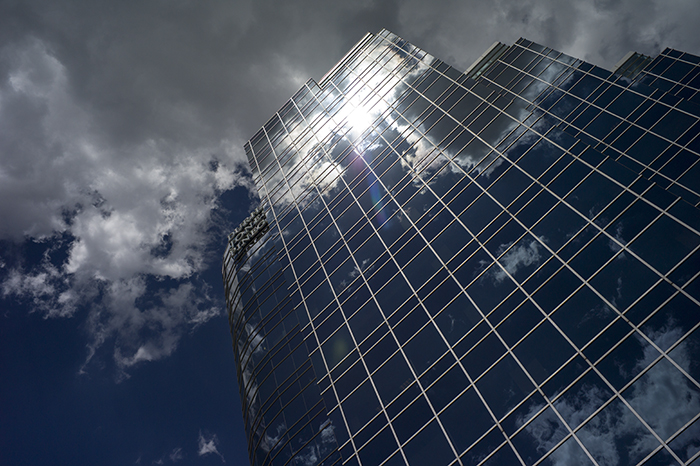 I need to get back to posting more… I know that has been said before, but daaaaang.  All the work writing grants and manuscripts has really eaten into what little time I have for posting anything.

The other big deal which has been eating up lots of potential time for photography has been an experiment in moving to Adobe’s Lightroom for the past couple of months.  This was a disaster and I’m really angry with Adobe about it.  Starting with the hassle of “renting” their software with the new licensing plan and then moving to the incredibly buggy experience of using the Creative Cloud software package was all an exercise in pain.  There were bugs simply trying to install the software and get it licensed which, for someone who has been using computers pretty much constantly since 1981, was mighty irritating.  I’m no novice, so not being able to install and run software was almost a show stopper before even using the software.  Then came the absolute killer, and I don’t mean that in a good way.  For whichever reason, Lightroom would not display certain images.  The first clue was some very important missing images in a catalog of over 130,000 images.  After a couple days of chasing that problem down and rebuilding libraries, Lightroom could still not find specific images which was the last straw and I decided that Lightroom could not be trusted with the extensive library of images that I had accumulated over the years, some of which have significant meaning or value.  I cannot imagine that photographers who derive their sole income from their images could be happy with this either.

Enter Photos:  I’ve been a very happy user of Apple’s Aperture for years and was disappointed, even upset with Apple for canceling its further development.  My primary needs are effectively photo archiving, storage and retrieval from a monolithic database going back years (to 1994) and including an incredibly valuable library of images from my Grandfather and his time in WWII.  I had stored images in folders and nested folders for years, but found management easier with the Aperture approach of storing images in packages.

More in depth reviews of Photos has been done  by many folks including my friend Jeff Carlson who has written a book about Photos on OS X.  If you are considering switching, Jeff’s book is well worth a read to familiarize yourself with Photos before jumping in.

1) It is fast. Faster than Aperture and waaaay faster than LightRoom which is important when your photography database starts exceeding 1TB.  Proper utilization of multi-threading helps as I’ve seen Photos use up to 900% or more (Old Mac Pro, dual 6-core machine) of the CPU when optimizing images and creating thumbnails.  This is far more utilizations of compute resources than I’ve ever seen with LightRoom and really makes me wish that Apple would come up with a proper Photoshop competitor that uses Apple’s Core-Graphics.

2)  The workflow while slightly different, feels more natural to me than Lightroom.

3) Search functionality is much more sophisticated than on Aperture or Lightroom.

4) Fast editing. I do not actually do much in the way of editing on my images and never really used that functionality of Aperture. Photos simplifies editing further which can be a good thing, or… a bad thing if your work flow needs more robust post-processing. 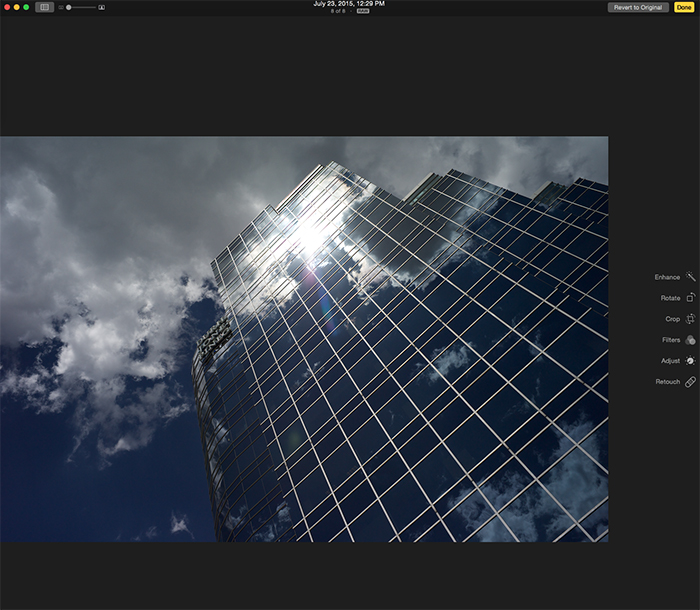 What it is missing (for me):

1) A proper, incremental backup.  Aperture had a really nice resource that took advantage of “vaults”.  Vaults allowed you to backup the database to any storage resource (NAS, hard drive, etc…) whereas Photos only allows you to backup to the cloud, and that is limited to 1TB.  This is almost a show stopper for me.  I trust that a more sophisticated solution will emerge in an upcoming update.  Either the ability to backup to sources other than iCloud or increases in iCloud storage.

2) The loupe which I really liked (An example of its use is shown here).

3) The ability to see images on a 2nd screen or window simultaneously with the library it comes from.

4) The slightly richer metadata display of Aperture vs. Photos.

5) The iOS styled interface which seems, less “productive” or informative than Aperture was.

6) Doing an initial cull of images on import is waaay too slow. On top of that, there is an irritating snap back feature that moves you back to the previous image making it possible for you to delete the wrong image if you are moving quickly.

So, I am not entirely satisfied, much less enthused with Photos.  I think there is lots of work to do still on it which makes it feel like Photos is a beta, even though it seems to be robust which is the most important factor to me.  However, it is designed around a plug in or extensible architecture, so perhaps the external software community will start creating additional functionality for it soon.  That said, I am going to make a concerted effort to have it replace Aperture in my workflow and since Adobe products are increasingly dead to me, Lightroom is out for the foreseeable future as well.  My library of images is considerably larger than the average persons and so for most folks, I’d think Photos would work well for image storage/management and light editing.

Additionally, I will not be using iCloud and the backup solution for now will have to consist of regularly cloning the drive to both an onsite backup and one for off site backup which is a major hassle.  Apple peeps: Please fix this.

10 Replies to “Moved To Apple Photos…”