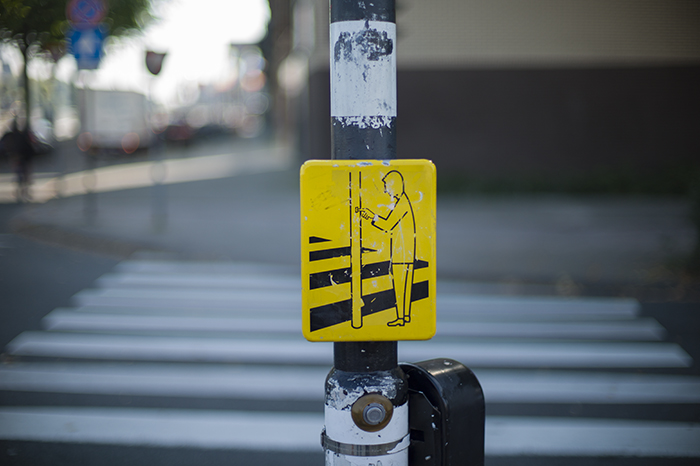 I had a little side trip to Amsterdam earlier this year for a grand total of 12 hours, which I figured would be an ideal reason to walk around Amsterdam with the Leica.  With the Leica, there is an amazing combination of sharpness and bokeh from precision lenses on a full frame, compact body that gives images from these cameras a unique look.

The photo above was the first photo I made in Amsterdam after jetting out of the hotel and into the street.  Every city has its unique elements and for me, its the small things that give it flavor.  In this case, the wonderful line drawing of the figure at the crosswalk.  Its clean, and sooo…. Dutch. 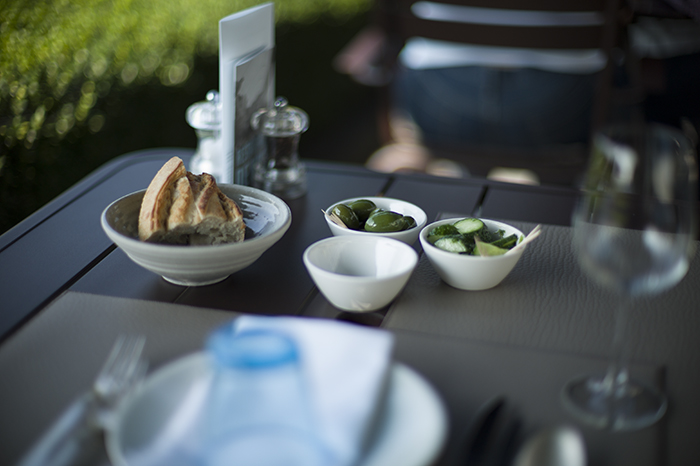 As soon as the plane landed, I made a beeline for lunch at an amazing place called, De Kas found at the suggestion of a friend, Michael.  What can I say? De Kas is amazing. 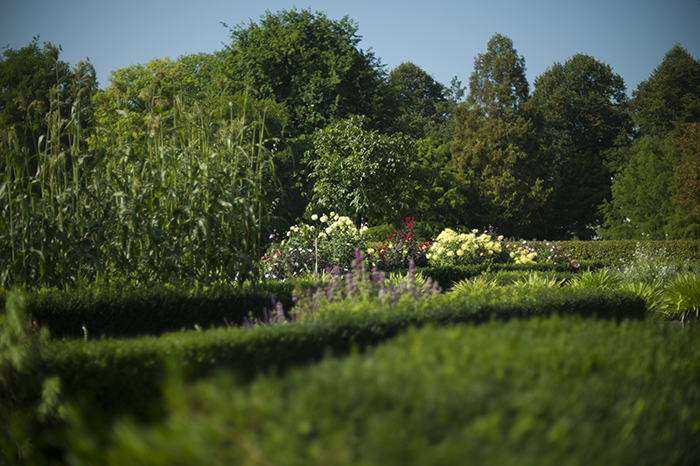 All the food is locally sourced, some hyperlocal as some vegetables and herbs come from greenhouses on site. 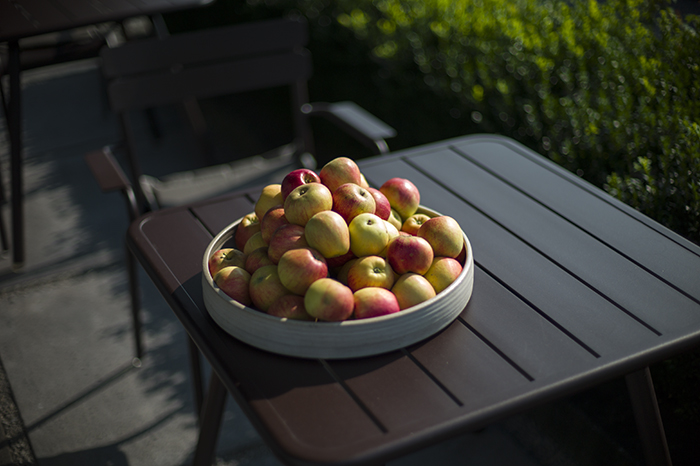 I knew the meal would be something special from the moment the bread, olives and fresh gherkins hit the table.  The flavors were both intense and yet subtle.  From there, I had a white bean soup with pork belly, a dish of fresh vegetables and chrysanthemum blossoms, followed by butter lettuce with potatoes, pumpkin purée and  toasted pumpkin seeds.  The entrée was pan seared herring on fresh vegetables with squash blossoms and desert was this crazy chocolate “dirt” with beet, cream and salted caramel.  Mind blowing… and delicious. 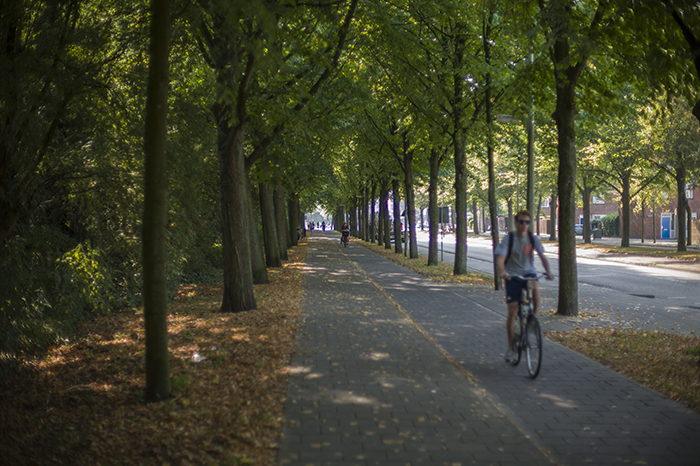 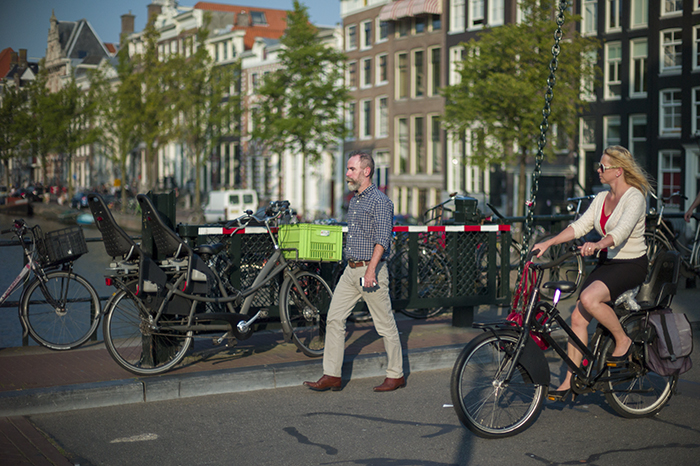 Amsterdam was delightfully pleasant for a early autumn day and I figured that what better to do with a few hours than walk around the city?  De Kas is wonderfully placed in Amsterdam and from there its a short walk to the center of town or the Van Gogh Museum which is where I headed next.  You forget or are reminded of how prolific Van Gogh was when walking through the museum as well as how diverse he was.  I think that perhaps, of the artists working in paint, Vincent Van Gogh was my favorite of all time.  A monumental genius who invoked a new artistic dialogue, changing the world forever. 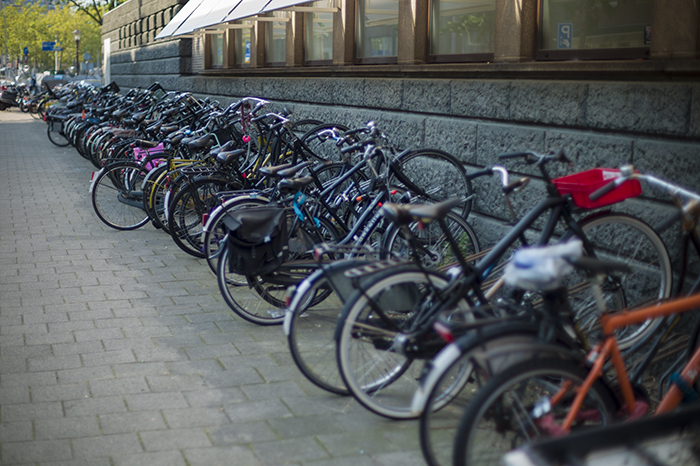 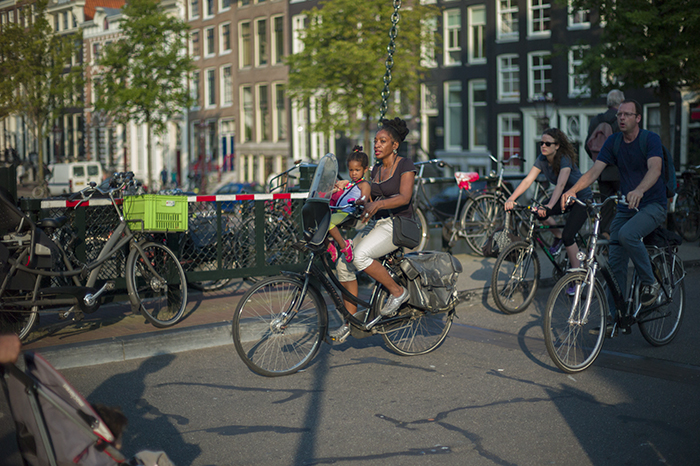 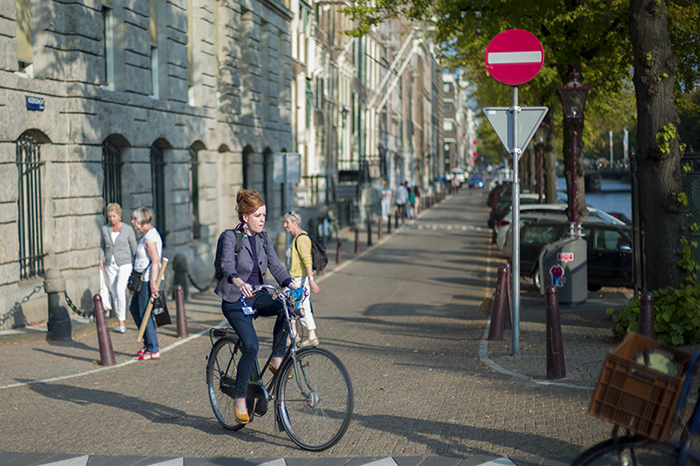 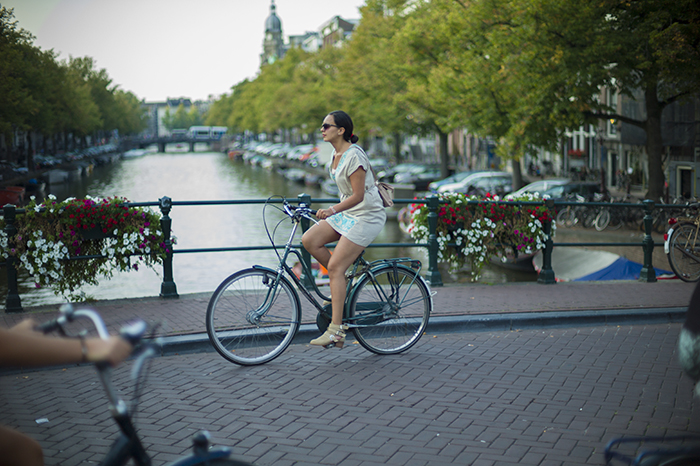 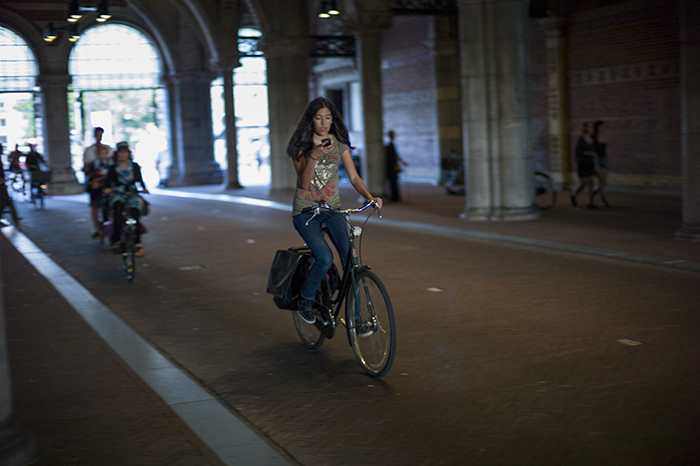 Amsterdam is absolutely a bicyclists dream.  There are more bicycles in Amsterdam per capita than I’ve seen anywhere else on the planet and everyone rides… Young and old and sometimes more than one person per bike.  Its awesome.  However, if you are visiting Amsterdam, there are some things about the bicycle culture you gotta know…

1)  As a pedestrian, stay off the cycle path.

2)  If you are cycling, use hand signals as bicyclists in Amsterdam are ordered and polite.

3)  Bicyclists get preferred access to buildings and some neighborhoods with dedicated bicycle lanes which is very cool.  However, I also saw lots of motor scooters that seem to use these dedicated bike lanes.  I don’t yet know if that is frowned upon or not, but I thought it was lame.  Particularly when the 2-cycle ones that belch pollution on all the bicyclists are blazing down the path.

4)  While I loved all the bicycles, the thing that really surprised me was nobody wore helmets.  Nobody!  This makes me wonder what the head injury statistics are for bicycling in Amsterdam vs. other places.  This is particularly important given the last image above… Bicyclists in Amsterdam seem to have perfected the ability to use a smartphone while riding.  Talking or even texting while riding was something that completely mystified me.  Not only from a “how’d they do that?” perspective, but also a “how irresponsible” perspective. 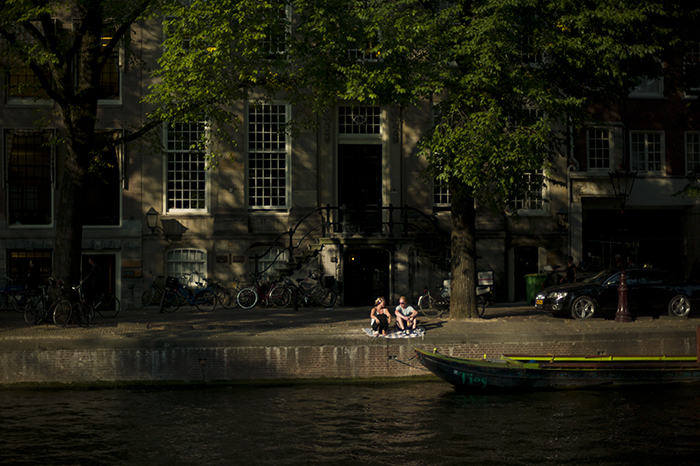 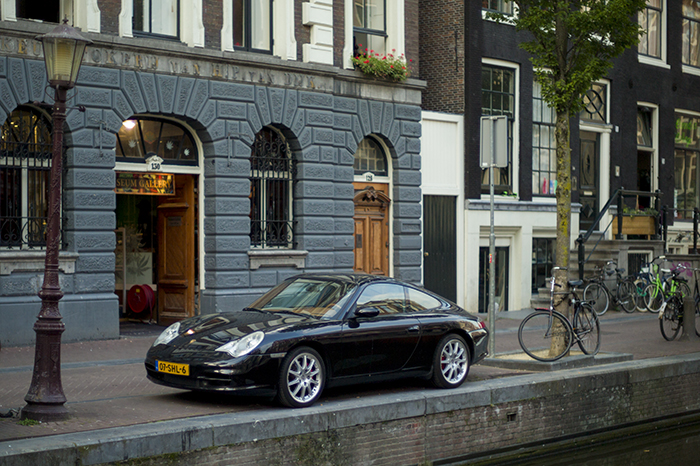 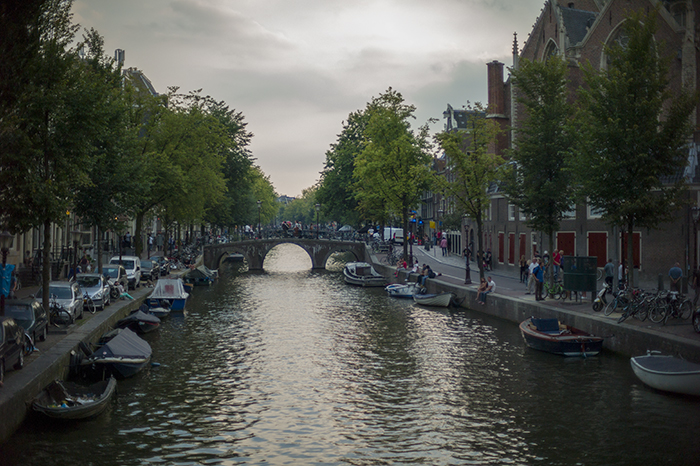 The entire city has an intimate relationship with water, the ocean and the canals that form concentric rings around the center of town.  I’ll absolutely have to come back to Amsterdam and spend some more time walking around town, studying the history of such a small place that influenced everything from art to global trade.  Next time I come back, perhaps with Grayson and Trent, I’m going to spend some time at the Maritime Museum and study more about the history of the Dutch East India Company, the very first company in the world to issue stock, and eventually achieving quasi governmental powers.  That has got to be an interesting bit of history to read about before returning.  I know a little bit about it, but now want to know a whole lot more about it, about maritime history and how little Amsterdam became a world superpower.