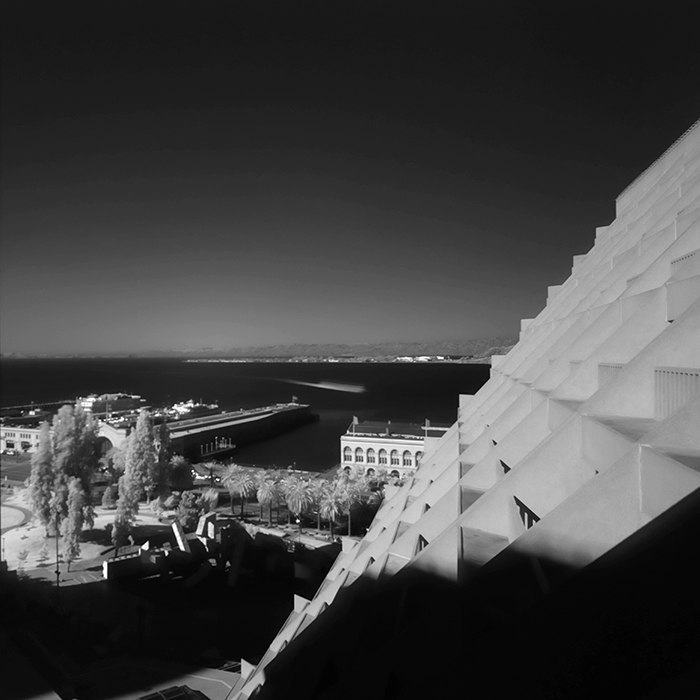 I am finally getting to a backlog of imagery from earlier in the year.  This was a little slice of the San Francisco Bay that I was able to see in-between buildings for long enough to set up a time lapse in infrared.  The animated gif below is a bit large at around 11MB, so give it just a little bit of time to load.

A couple of observations: 1) don’t limit yourself to standard aspect ratios.  I looked at this image with the standard aspect ratio, but the building on the left hand side of the image rendered a huge, black, monolithic unchanging aspect to the image, so I cropped it out.  2) Fuji has a weird functionality on the X-T1 camera where if you select the lowest ISO (100 in this case), you default to jpg rather than RAW which in this image led to some unwanted compression in the image.  I did not notice this until after I had captured the image sequence and confirmed this functionality with David Hobby.  I don’t remember reading this anywhere…