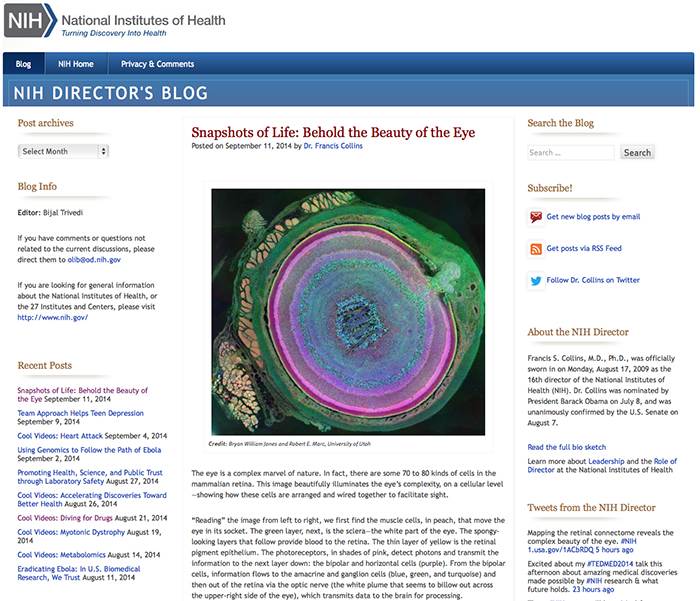 Yesterday we had the good fortune of being featured on the NIH Director’s Blog for our work fusing metabolomics with Computational Molecular Phenotyping (CMP) to our connectomics work, exploring how the retina is wired together.  This Metabolomic Eye image originally appeared here on Jonesblog with some explanation of the image and the science.  It then won the Science/NSF Visualization Challenge here and ended up on display in the Dulles National Airport.

We’ve actually been featured once before on the NIH Directors blog for some similar work, and for that, we were most happy.  Now we are just over the moon.