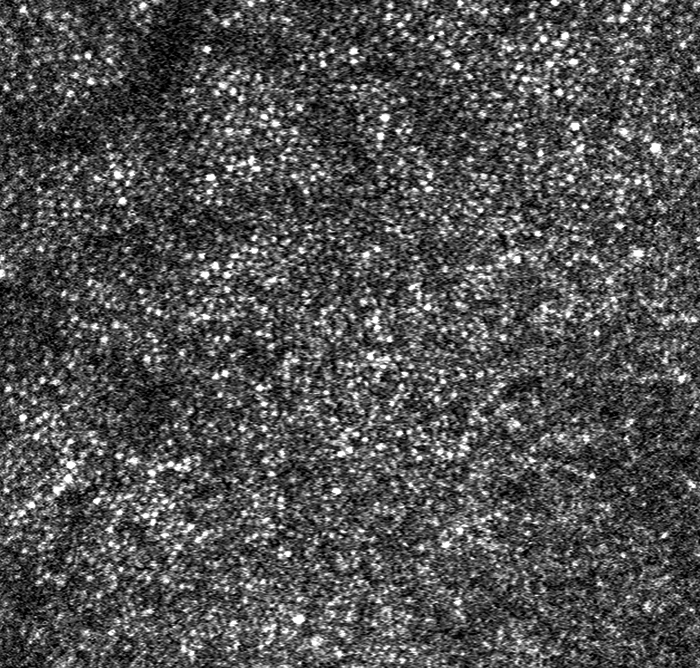 Right before Thanksgiving I took a very quick trip to Milwaukee, Wisconsin to visit with Alf Dubra and Joe Carroll at the Medical College of Wisconsin, give a talk on retinal degeneration and remodeling and learn more about what Alf and Joe are doing with adaptive optics (AO).

The image above is an unprocessed AO scan of my retina showing the individual cone photoreceptors in the back of my eye which was pretty cool, particularly given that these cone photoreceptors are around 1.5 micrometers in diameter.  For reference, a hair from your head is anywhere from 17 to 180 micrometers in diameter.  Granted, the wavelength of white light is around 250 nanometers, but for a system to visualize 1.5 micron resolution structures, non-invasively in a living host, that is worthy of  some imaging cred. 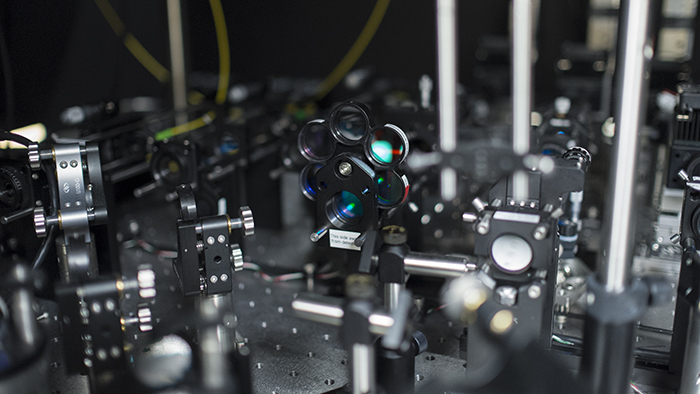 AO is a pretty impressive field first imagined by the astronomer Horace W. Babcock all the way back in 1953.  Though, it was not until the Cold War that it became practical to develop AO into something that would give usable information.  Of course initial uses were in the intelligence arena through efforts to image Soviet satellites from ground based telescopes.  I wrote about that back in 2007 with some example imagery of both Russian and American intelligence satellites here.  AO is now being used extensively in astronomy to visualize far off stars and planets and now in ophthalmology to visualize things that could not otherwise be easily imaged.  In the case of ophthalmology, AO is being used to image the retina with resolution capable of revealing individual photoreceptors which is important in tracking disease and disease progression.

Like any technology in its infancy, the infrastructure for AO is pretty impressive.  The system I was imaged on is spread out over a complete optical bench, but I have to wonder how small one could get an AO system…  There are some desktop sized systems from a couple of vendors, but how cool would it be to get it down to hand held size?  I can think of easily a dozen applications of AO in everything from medical imaging photography and communications uses and others, smarter than I could come up with many more.  So, I suspect the future is bright for these technologies. 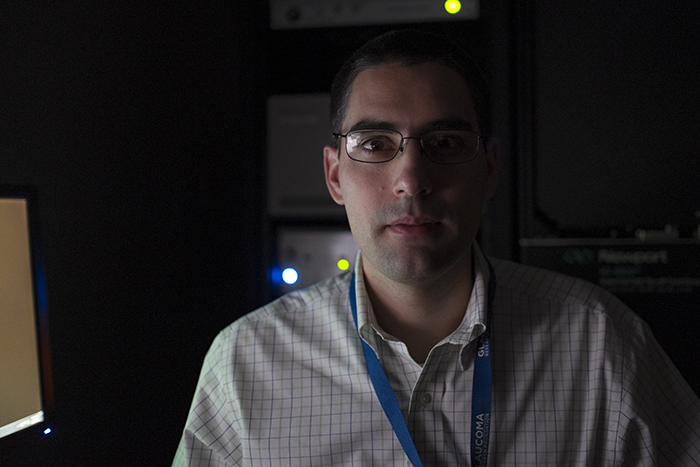 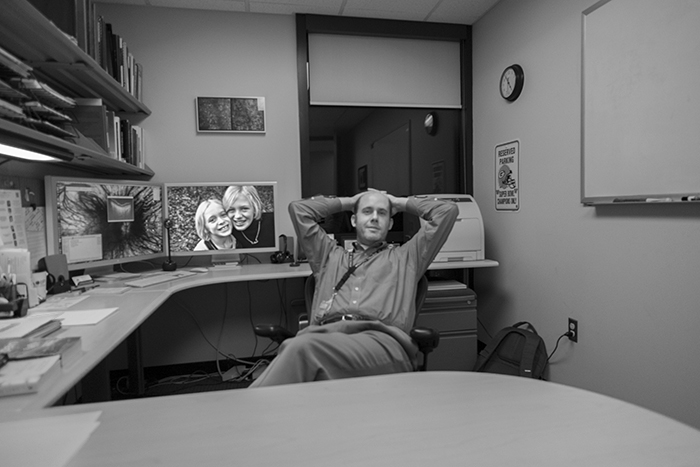 Thanks to Alf and Joe for hosting me.  You guys have an amazing imaging operation going on there and I am looking forward to more conversation and collaboration in the near future.