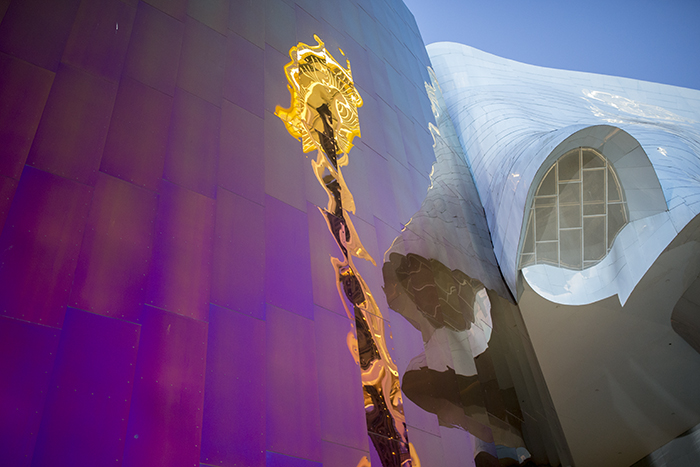 Traveled up to Seattle for the 2013 ARVO meetings earlier this year and am just now getting around to posting images from that trip.  There was supposed to be another trip later in the year, but things kinda got busy and the talk I was supposed to give had to be given remotely from Salt Lake.  Pretty disappointed at that given how much I wanted to get back to Seattle to see friends old and new and walk around a bit more.  The trip will have to be rescheduled!

There really is quite a bit to see in Seattle like the EMP Museum shown above.  The building itself is a crazy looking building designed by Frank Gehry and I could have spent all day there just shooting different angles as the light changed.  The shot above got the Seattle Space Needle in just as the sun was setting and the lights went up. 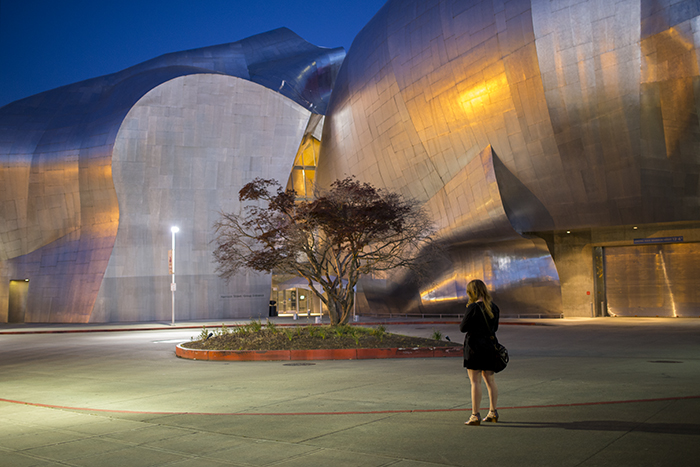 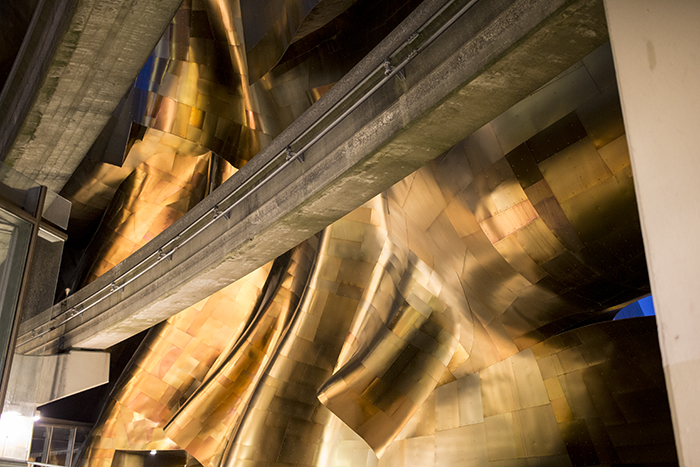 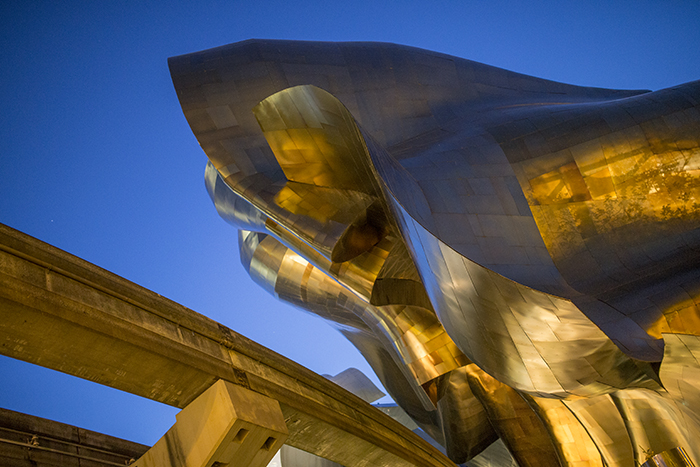 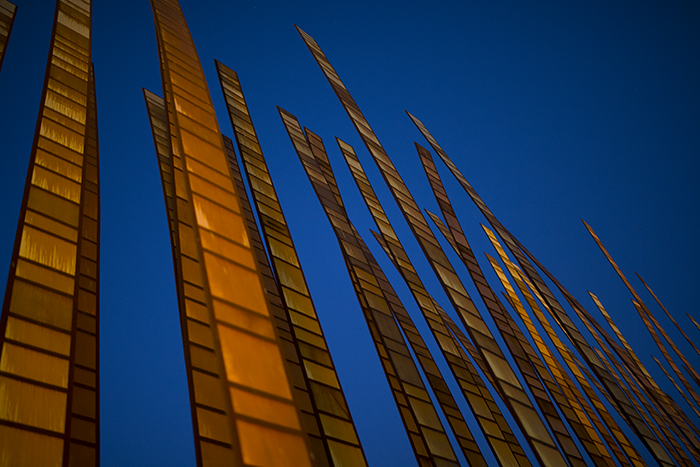 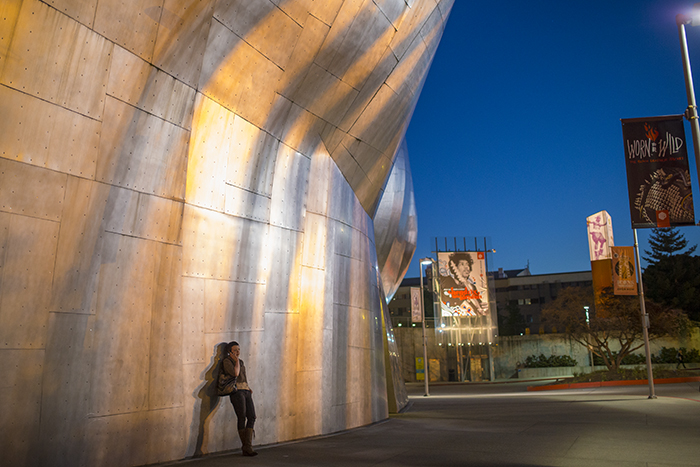 Even after the sun goes down, the EMP Museum building does amazing things with light.  This was at the very end of blue hour when all the street lights were starting to go on.  I love shooting at blue hour… 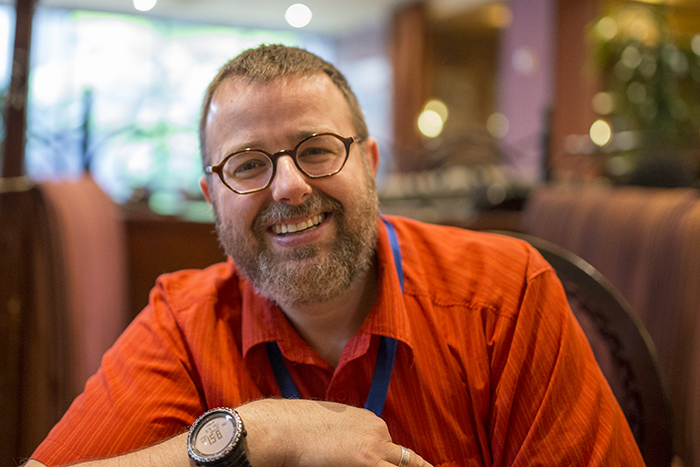 My friend Mark Griffith (an amazing photographer) stopped by the hotel one morning before the scientific sessions to meet up and talk which was really nice.  Next trip, we’ll have to schedule a little more time.  The hope was to coordinate with Duncan on the end of October trip and get together for food, photography and discussion.  We’ll see how that works out.  It would be nice to do more photography *before* the sun starts to set. 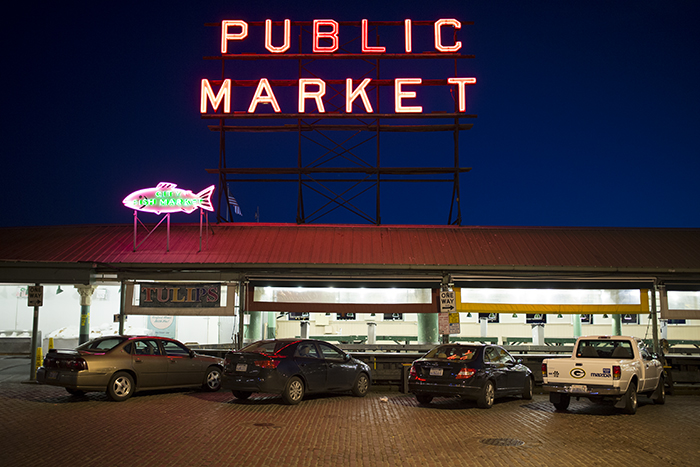 Of course, Seattle is famous for Pikes Place Market and we tended to migrate down here several nights including a notable dinner at Etta’s. 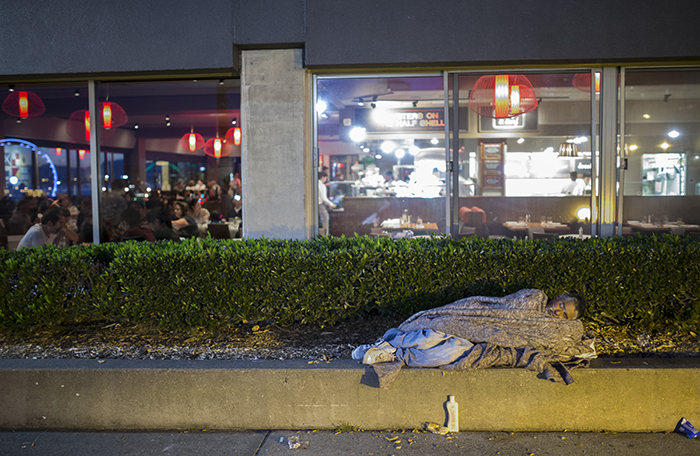 Seattle also has a huge homeless population that, like in San Francisco, seems ever more pressured by the increasing cost of living.  One of the most troubling things I ever saw was a super high-rise in Buenos Aires with Maybach’s and Rolls Royce automobiles driving in and out with people living in cardboard boxes *right next* to the garage entry.  Other parts of the world are seeing increasing pressure and juxtaposition of the super wealthy right next to abject poverty.  This trend seems to be increasingly spreading to places in the US where economic pyramids are getting progressively steeper and public services are increasingly bearing the burden for this disparity.  Every single night down by the market, we saw ambulances and police responding to overdoses or other issues in the homeless living and sleeping down by the waterfront. 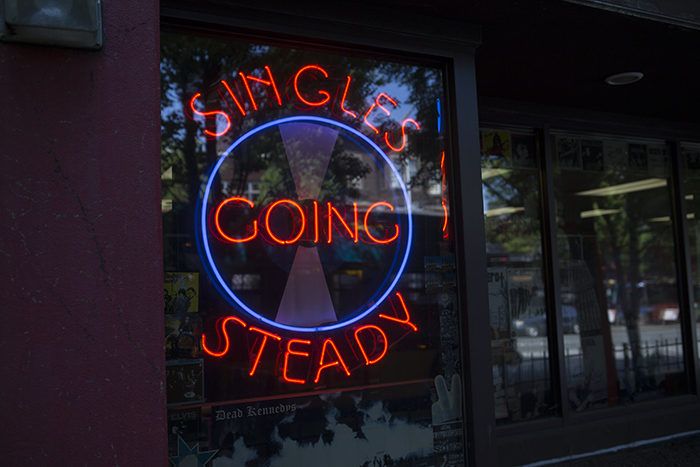 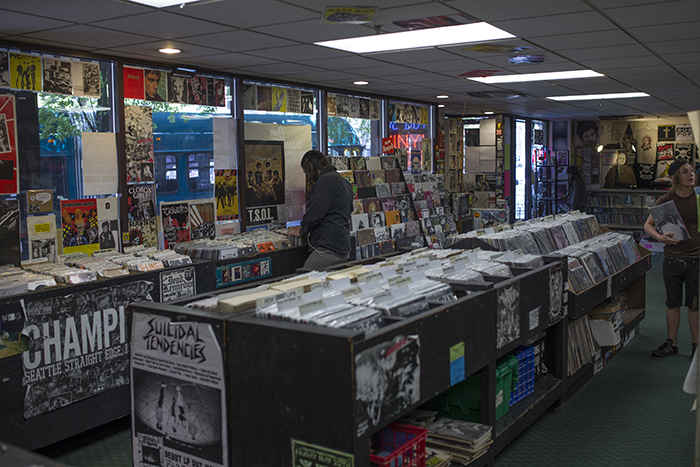 One of the evenings, I got out before sundown and we swung by Singles Going Steady, a great little punk record shop that takes their name from the Buzzcocks compilation.  Really nice used collection as well as old posters and T-shirts. 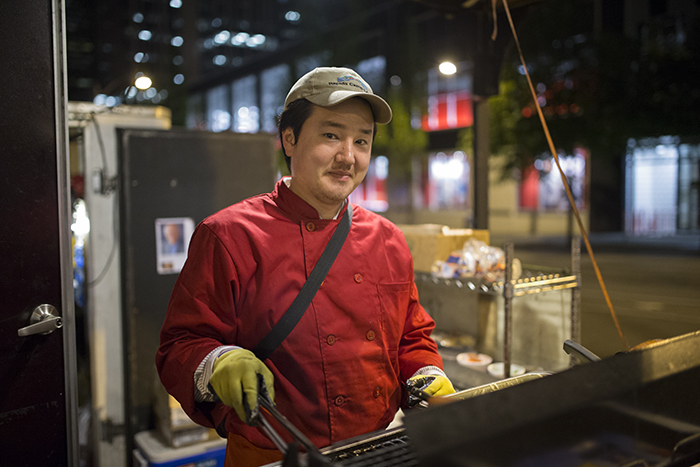 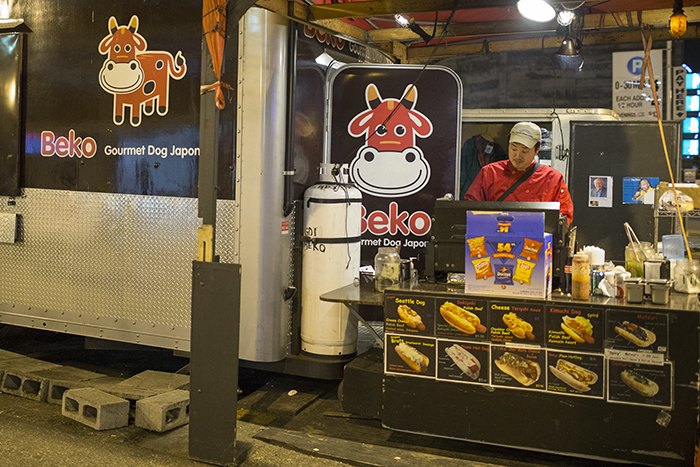 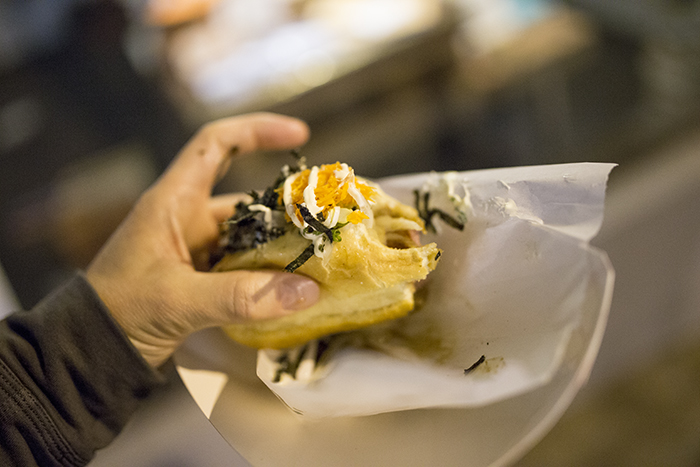 One of the best hotdogs I’ve ever had was on this trip down at the Gourmet Dog Japon stand.  The Matsuri hot dog was awesome… amazing.  A perfect combination of savory flavors and textures.  Get one!  There is some epic cuisine going on in Seattle, but do not underestimate or miss out on these street dogs. 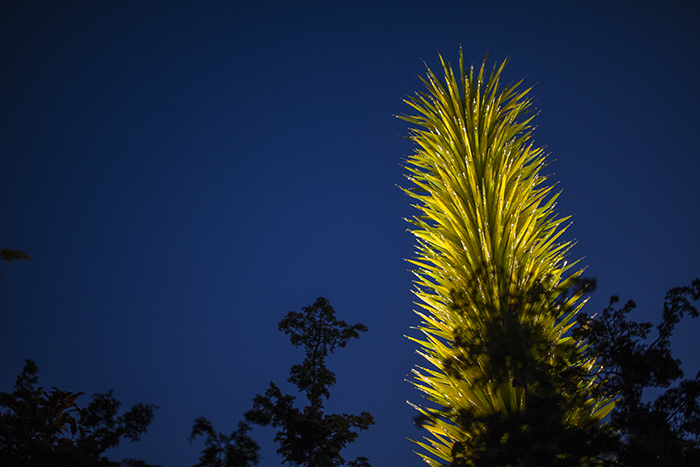 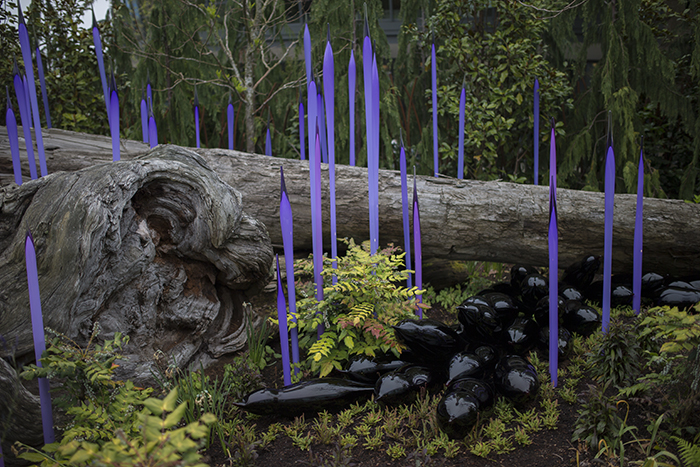 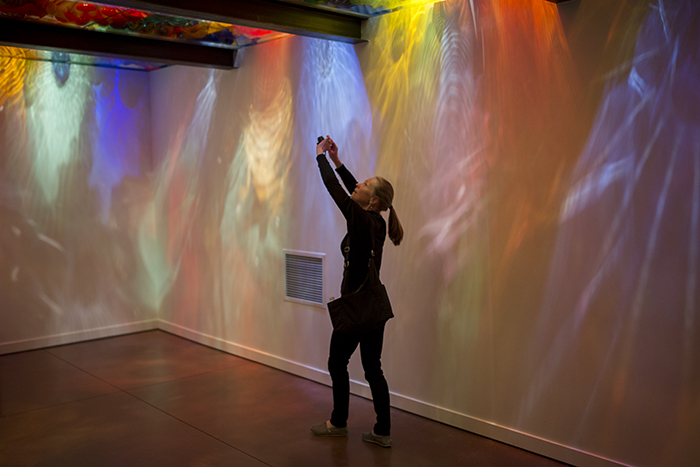 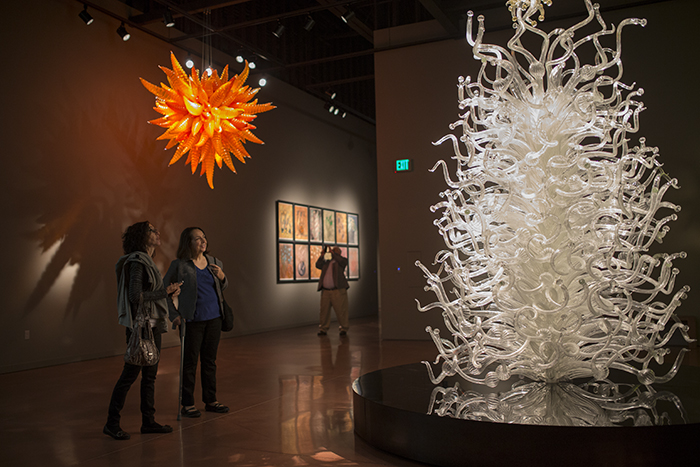 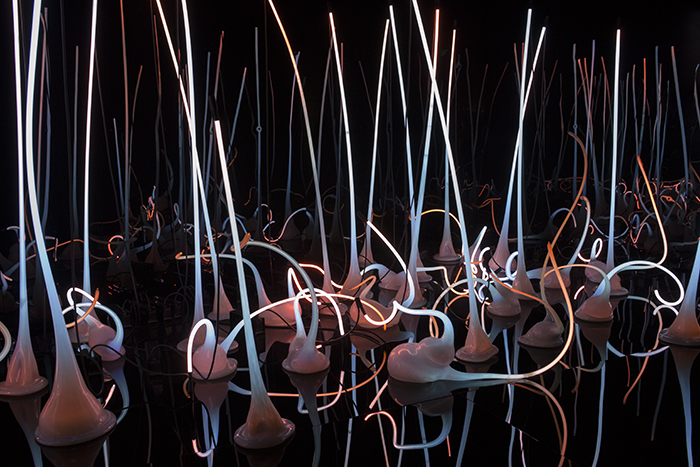 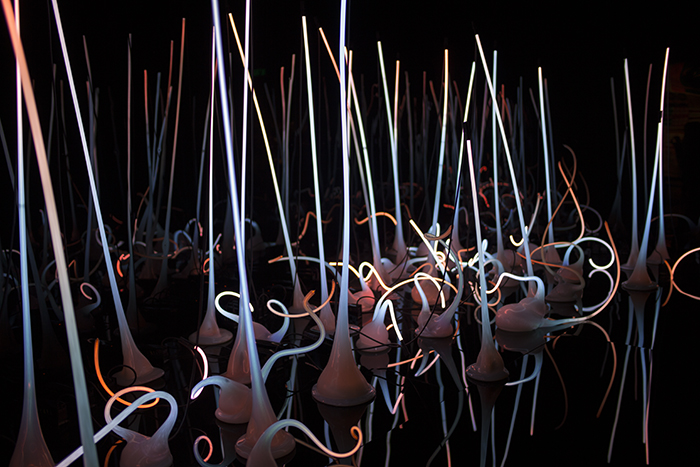 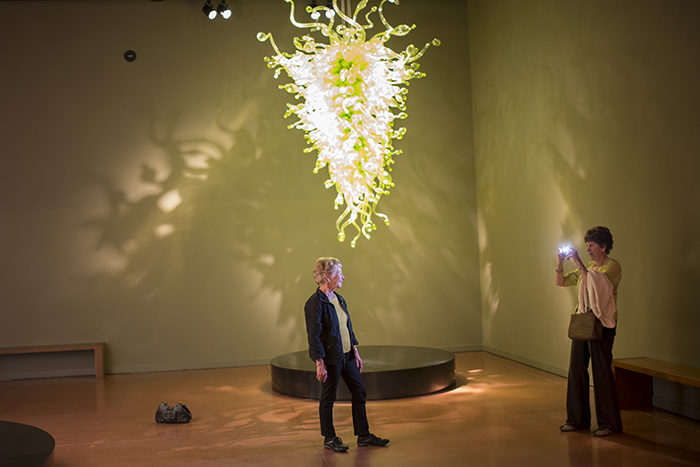 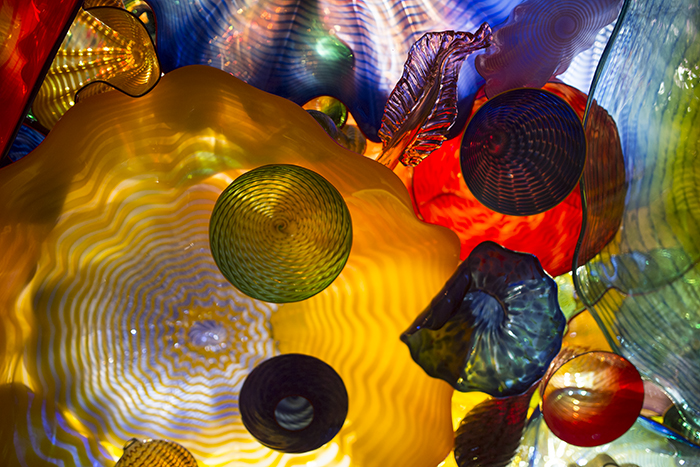 One of the nights, Crystal and I ran up to the Dale Chihuly museum Garden and Glass.  It was an exhibit that I had hoped to see and is truly an impressive exhibit, some of which resonated with certain biological issues that we are studying. 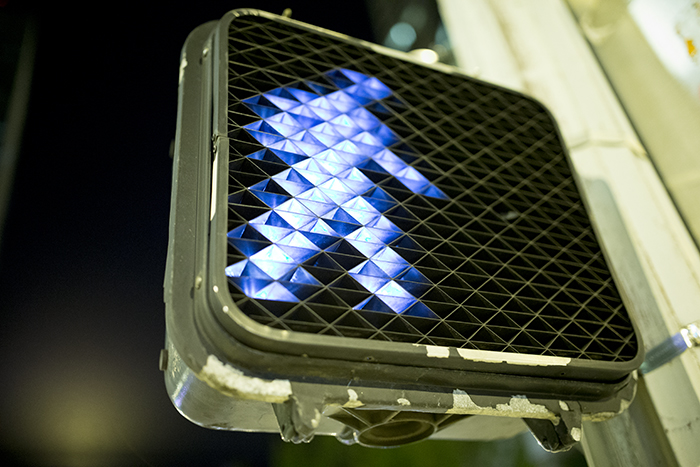 Hey Seattle and peeps in Seattle: Hopefully I’ll see you soon and with some time to look around in the daylight.

7 Replies to “Walking In Seattle… At Night”