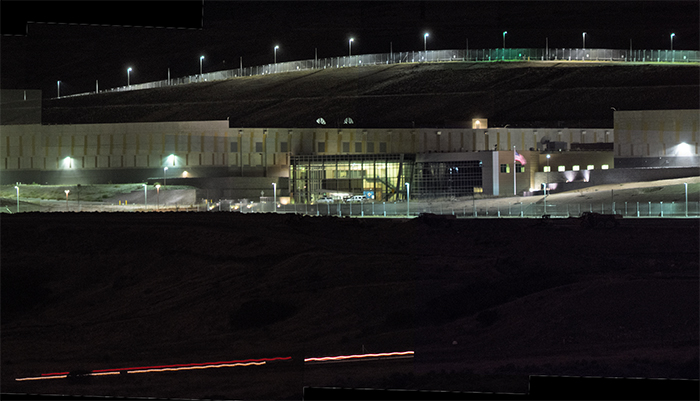 Driving up from Central Utah some time ago, I stopped off to make a quick montage at night of the NSA facility here in Utah (code named: Bumblehive) that is starting to stand up operations.  (Check out the almost full resolution montage here.)

Its been interesting watching the news lately as more and more revelations seem to be emerging almost daily on the operations that the NSA seems to be performing both at home and abroad.  Of course, we kinda knew that much of this was going on, but its different when its pointed out to you that it *is* going on and that some of the worst fears we had back when the Patriot Act got rushed through are now manifested as reality.  I suppose some folks have rationalized it by saying that the surveillance is not specific to any individual without a court order, but this is also emerging as a deceit of sorts.  However, the most telling criticism to me, is that old friends in the intelligence communities, active and retired, *here in the US* and abroad are both horrified and very critical of the operations going on and how widespread they have become.  Walt Kelly summarized it nicely in his quote: “We have met the enemy and he is us”.

We, as a society seem to have overreached and its time for a policy correction.

2 Replies to “Bumblehive At Night”