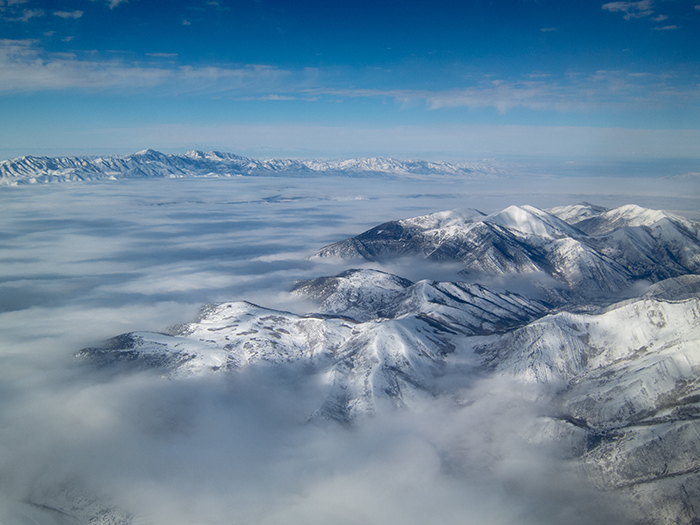 Flying back into Salt Lake City the other day greeted me with some of the inversions that we’ve been dealing with lately.  Granted, they are not as bad as the one back in January of 2010, but they are tiresome nonetheless, particularly when you want to exercise. 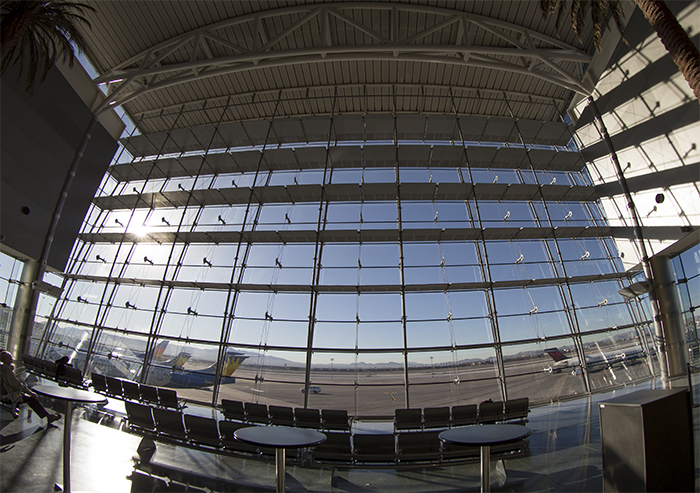 The trip back home started out with a bit of a respite from the noise and cacophony of Las Vegas.  I arrived an hour before my flight and sat down in the main terminal in front of a glass wall to stretch out and sip some coffee.  Refreshingly, this part of McCarran airport was without slot machines or the giant wall video projection devices with sound cranked up to get your attention regardless of how hard of hearing you might be.  On the contrary, this place in the main terminal was quiet with the only other people being another couple sitting towards the back.  Plenty of seats were available in front of the window, so I sat down right at the front to watch planes take off and land. 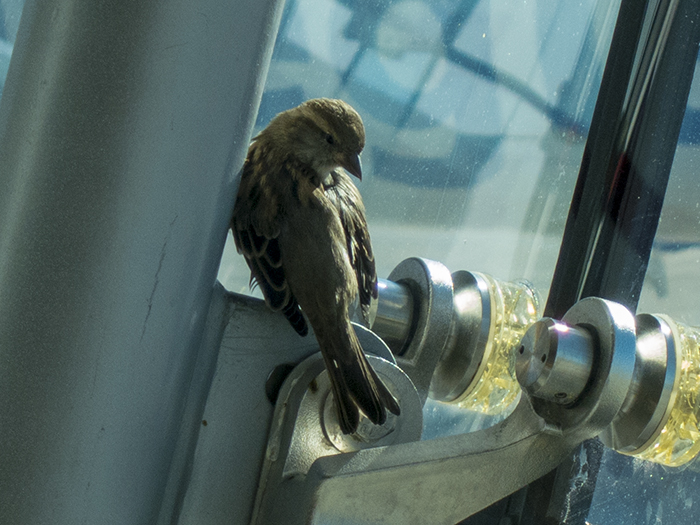 I had been sitting there for about 10 minutes before looking to my left to see a small finch sitting next to me… less than 20 inches away from me… on the seat…  He was doing the same as me, sitting in the sun and looking out the window, occasionally closing his eyes, seemingly enjoying the moment.  “Good idea” as I still was not feeling entirely warm from the day out two days prior, so the two of us sat in the sunshine, just enjoying the warmth together. He sat there preening and blinking in the sunshine until I got up for my flight and he flew over to the window.  It was one of those moments that one is grateful for. 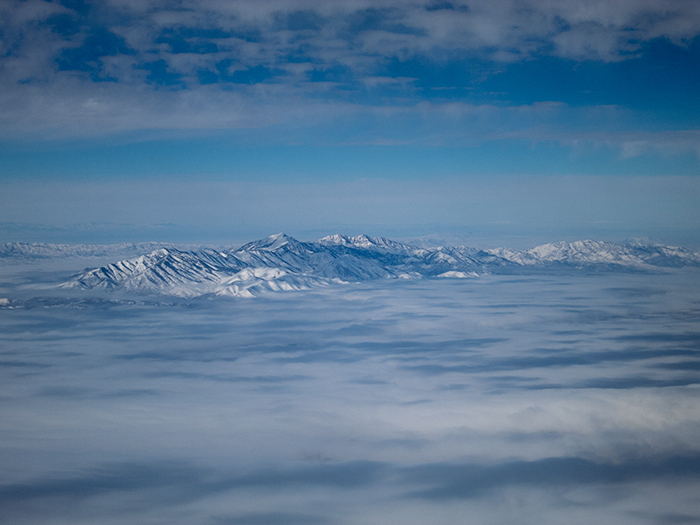 The flight home was typically smooth and sunny until we started to get up to the Wasatch Front and the Salt Lake Valley where one could see the inversion had set in. 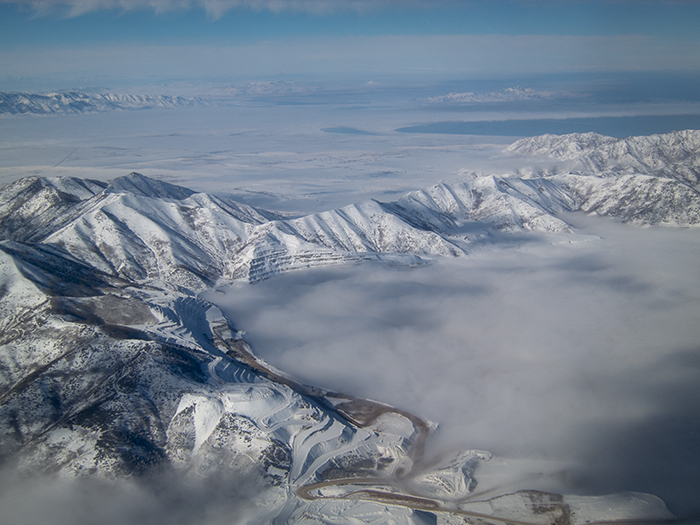 The flight path up the valley from the South typically takes you over or just to the East of the largest open pit mine in the world, Kennecott Copper Mine.  This time, the big open pit mine was covered in inversion fog/smog, right up to the very top.  You can see it without cloud cover here. 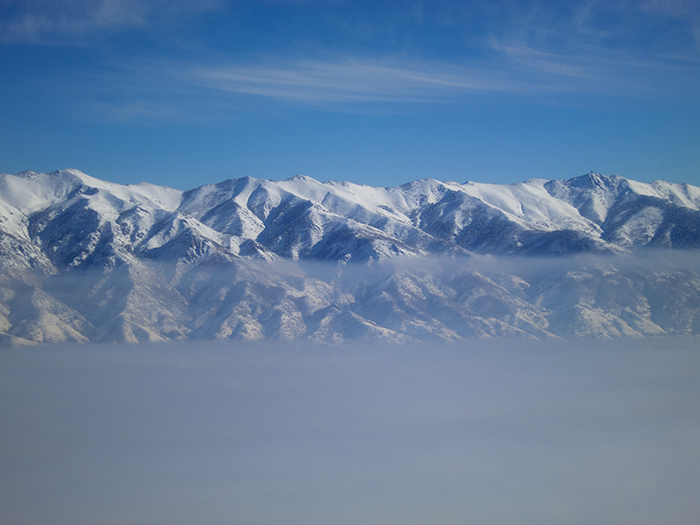 As we descended into the inversion, all the pretty blue skies disappeared.  I gotta say, really the only thing I dislike about living in Salt Lake City are the winter inversions.  Its made somewhat better if you can get out of the valleys and up to the ski resorts where it is sunny and often 10 F or more warmer.  But Utah is going to have to do something about this particularly if they want the population to continue to expand.  I am quite happy with it not expanding further, but if it does… The pollution will get worse.  The light and heavy rail mass commuter solutions are a good first step, but something else will have to be done.

The real solution is to prevent the pollution in the first place.  According to this Salt Lake Tribune article, Kennecott Copper causes 1/3 of all the pollution in the valley and the balance I am sure comes from automobiles and then other sources.  I don’t have a proposal to eliminate all the pollution, but knowing the scale of the problem is a good first step… and its a doozy.  I am sure there are folks out there that are calculating the health costs of this pollution, so even if we could drop it by 33%, it would be a substantial improvement. 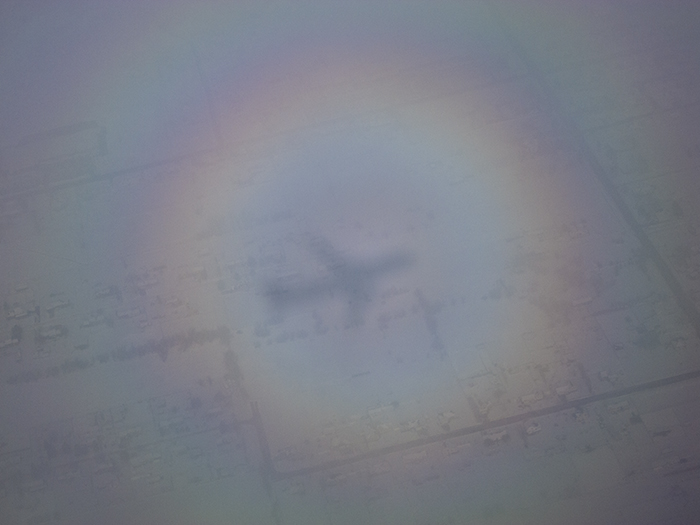 With all the pollution, at least there are some cool optical effects from it.  I’ll leave you with the last cool thing of the flight, a rather nice glory or pilots halo in the fog as we descended to SLC.