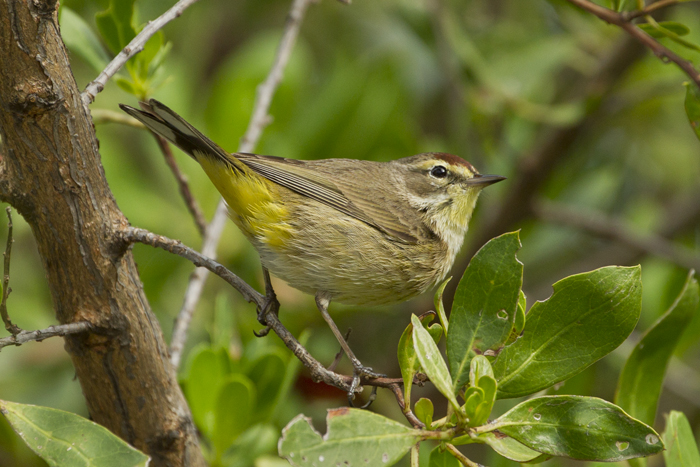 This palm warbler (Dendroica palmarum) was seen at Ft. Jefferson in Dry Tortugas National Park on this trip.  I was having a really tough time identifying this bird, but thanks to my friend Michael Redmond (his laboratory here), he’s been categorized as a western race of palm warbler.  Michael notes: ”It is distinct from the typical eastern form which is almost entirely yellow underneath along with more prominent underside chestnut barring, instead of the yellow restricted to the undertail and less prominent barring as in this bird.  … I’ve never seen one like this in the east. The chestnut cap and eye stripe+supercilium are distinctive, east or west. It seems both eastern and western Palms winter in the Caribbean islands (such as Dry Tortugas or Cuba?).  They may live among palm trees in the winter, but in the summer it is more like in spruce bogs in Canada!”.

One Reply to “Palm Warbler”