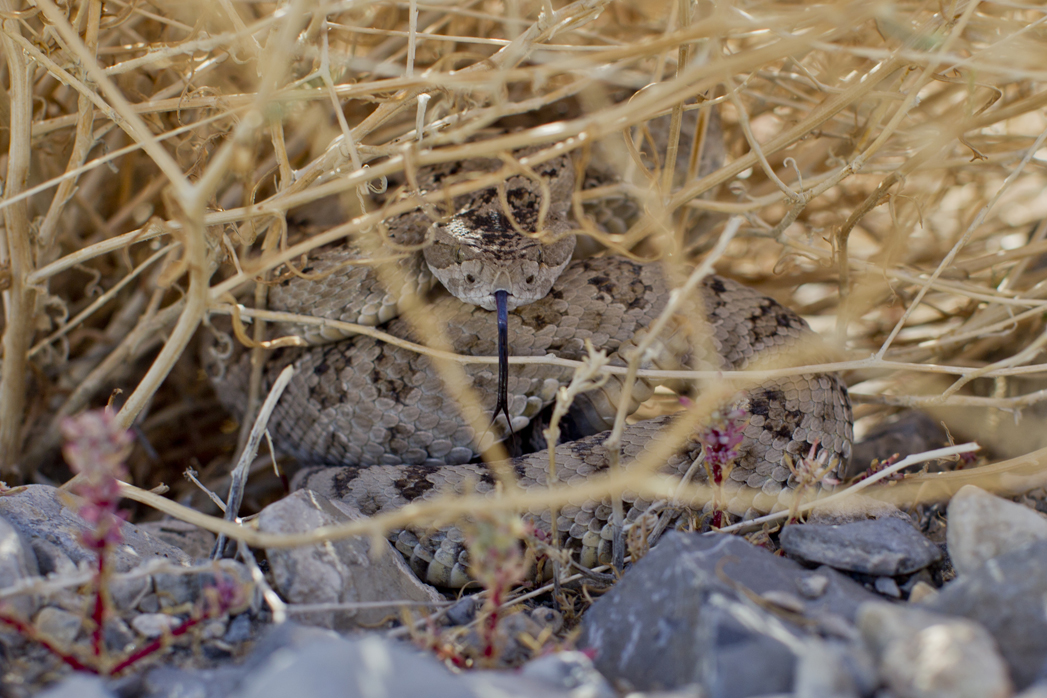 This  Great Basin rattlesnake (Crotalus oreganus lutosus) greeted Duncan and I on the way back from our foray into the West desert out by the salt flats.  We joked that the snake was responsible for the flat tire that we got, but as dramatic as that might sound, the more mundane reality was that the tire was simply punctured by sharp rocks and too much speed on the dirt roads out there.  Though the snake *sounded* just like the leaky tire that we had finished replacing. 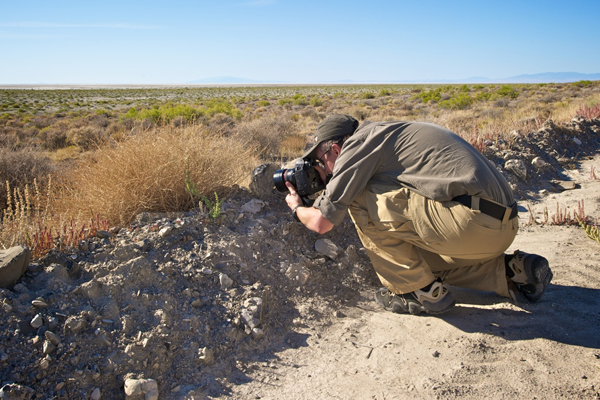 This photo, courtesy of Duncan shows you the other side of the issue…  Likely far too close than I should have been given that we had a whole 4Runner full of longer lenses that I could have simply swapped out or even grabbed the other body in the truck that already had a 70-300 on it.  This is, I suspect one way good times go bad.

Update 10/17/11: Thanks to Shaan at Autodesk (comment below), this rattlesnake was identified as a Great Basin rattlesnake.  I love the Internet.