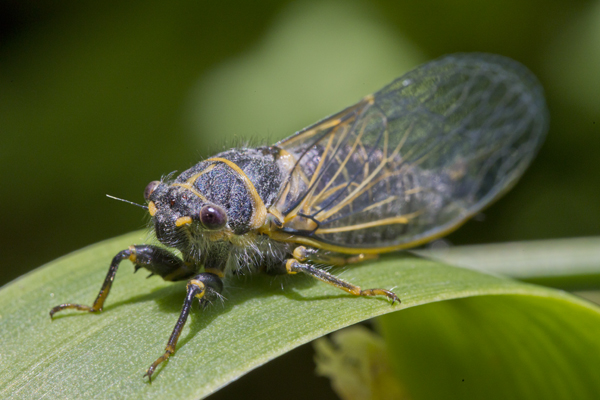 We were surprised last weekend to find a newly emerged cicada (this one a Platypedia) in the garden as cicadas are fairly rare in the Intermountain West.  Growing up in Texas, cicadas in the summer were a seasonal fact of life as they were large, fascinating insects to catch and examine and you could not miss the sound they make which at times was almost deafening.  Hundreds of thousands of cicadas emerge from the nymph stage of development under ground and “sing” in an effort to find mates before their life cycle catches up with them.  Some cicadas sing (up to 120 dB) and in large numbers, the sound they produce is technically loud enough to cause hearing loss in humans.  Platypedia in contrast are quieter and make a clicking sound. 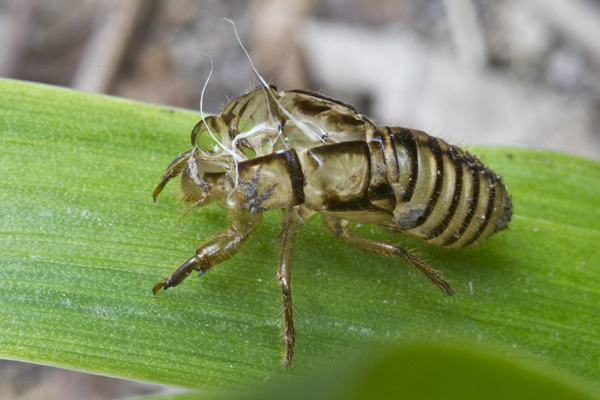 We were working in the garden when H noticed this cicada just after it had emerged from its nymph stage in its underground home.  It climbed up on a leaf and just molted before climbing out of its skin to dry in the first warm day we’d had this spring.  Cicadas, insouciant by nature, normally make for great photographic subjects, but this one having just molted was an especially good subject as it had to wait until its wings were dry and strong enough to fly off. 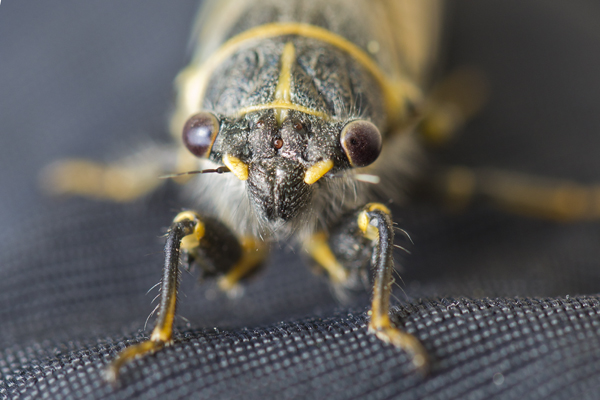 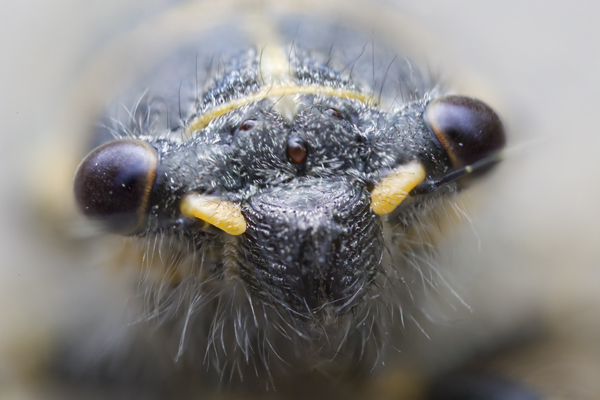 Note the accessory “eyes” (ocelli) on the forehead in addition to the compound eyes on either side of the head.  Ocelli function as simple eyes that transmit light and dark information in completely separate visual pathways than the compound eyes.  The lens has a low relative aperture and massive neuronal convergence making them exquisitely sensitive light sensing organs and are likely used to assist in flight stability.

As an aside, I’ve actually often thought that manufacturers of UAVs like General Atomics would be smart to start making use of ocelli designs in the skins of their aircraft for a variety of purposes.  The use of many, large aperture, simple lenses would make for better situational awareness and ease issues related to FAA certification, but I suppose that is another blog entry…