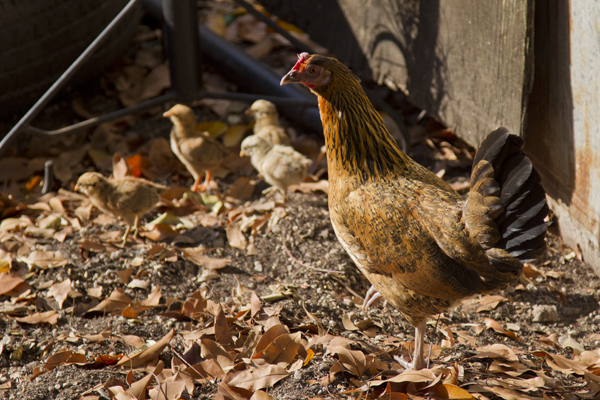 We flew into Key West a couple days before to go out to the Dry Tortugas before driving up to Ft. Lauderdale for ARVO.  It turned out that flying from Salt Lake City into Key West via Atlanta was cheaper than flying into Ft. Lauderdale.  It seems that everything in Ft. Lauderdale had gotten crazy expensive including the flights and hotel rooms which is a large reason why ARVO had decided to move our yearly conference of 15,000-18,000 people out of town to other locales.  Next year is going to be the last year for ARVO in Ft. Lauderdale for the foreseeable future and I wanted to make sure that we actually got down to Key West before ARVO moves away from Southern Florida. 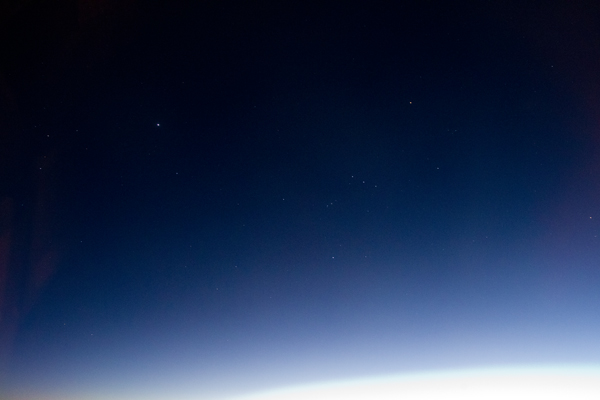 The flight in was easy as could be though there were no upgrades on Delta and the flight was a little delayed.  It seems that getting upgrades out of Atlanta after the new Diamond Medallion status went into place has become just about impossible.  That said, I was grateful to be able to fly into Key West rather than have to drive down to the Keys just to get onto the ferry to the Tortugas early the next morning.  This shot of Orion was a reminder to me that we need to get back next year and schedule a night out in the Tortugas to get some night photography done in the middle of the Caribbean, weather permitting. 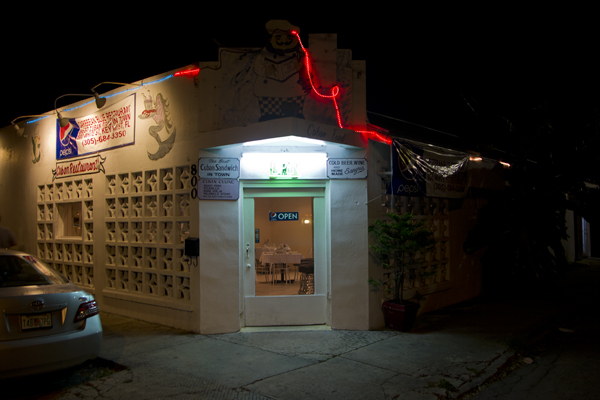 We had two meals in Key West, one in a place called Duffy’s where the food was pretty good but the service was extraordinary.  We were very grateful to the wait staff for getting us seated and fed so late into the evening after a delayed flight.  Hopefully, we were able to make it worth their while.  The other place we ate was the Caribbean Blue Restaurant on 800 White Street, well worth your while to seek it out.  The Cuban food was spectacular, elegant and refined served in a no nonsense family owned restaurant.  Try the smoked pork… Its highly recommended. 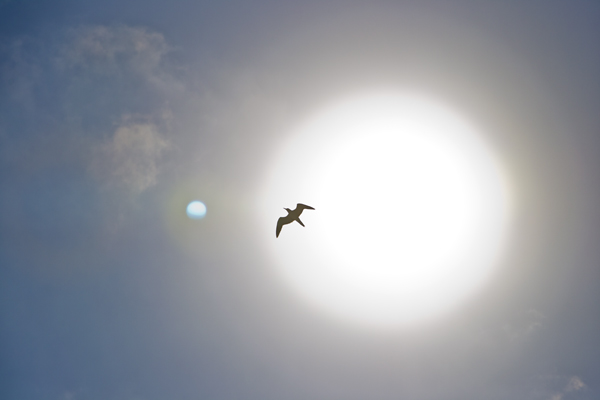 All told, we spent very little time in Key West proper.  It was a place to sleep and get a decent bite to eat inbetween flying in, taking the ferry to the Tortugas and driving North to attend the meetings in Ft. Lauderdale.

The morning after our trip out to the Tortugas, we drove North through the Keys documenting our trip with a timelapse movie of our trip shown on Youtube above, though if you want the full resolution version, go here. 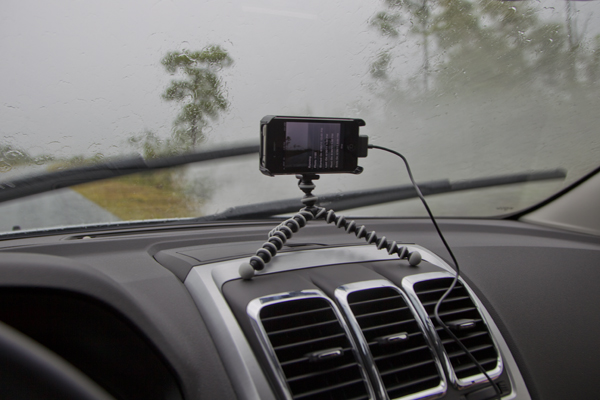 This movie and the one below of our trip out of The Everglades were made with an iPhone and the TimeLapse app from Xyster.  That app combined with the original Joby Gorillapod and the Snapmount for the iPhone were what I used to make the movies.  Each movie was rendered from 1 frame/second rendered into a 30fps movie.  In retrospect, I should have gone with 24fps, but they still turned out OK.

While I’ve spent some time in remote Southern Florida in Big Cypress, the Everglades and Myakka State Park, Felix had never seen Everglades National Park.  So, we planned most of the day after driving through the Keys as a tour of the park.  A timelapse movie of our trip out of Everglades National Park is shown on Youtube above, though if you want the full resolution version, go here. 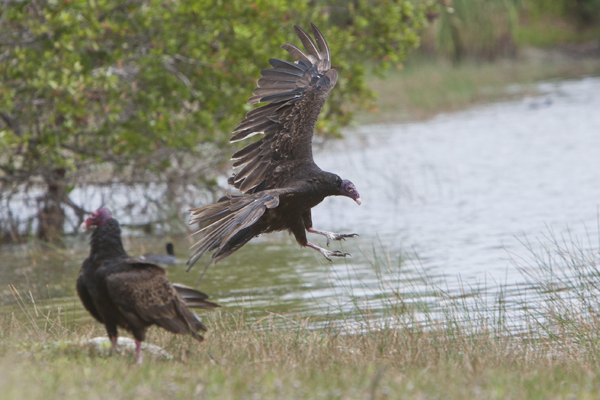 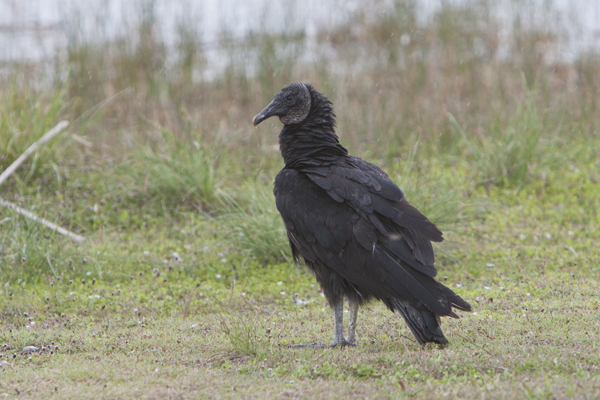 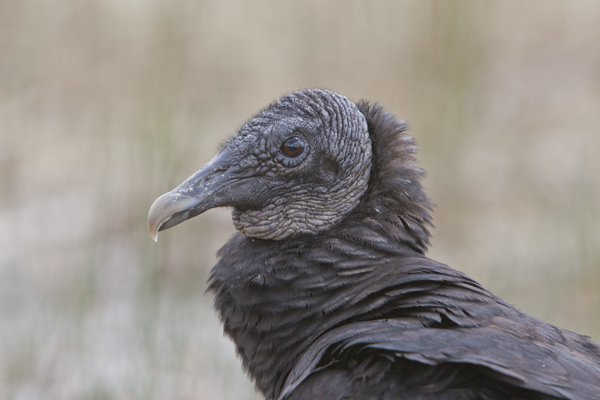 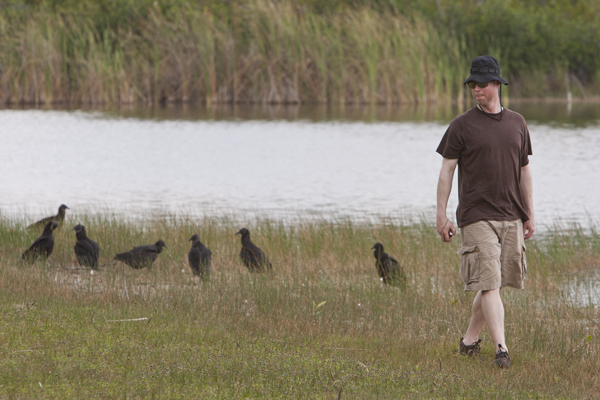 The trip to the park was well worth it.  One of the first things we saw was a group of turkey vultures and American vultures hanging out in the rain.  Being curious creatures we were able to get pretty close by taking it slow and easy and keeping low to the ground.  Everyone got great shots and had a pretty good time with this experience which sort of set the tone for the rest of the day.  These parks are some of the most amazing places to see animal life in the country and the birds are amazing. 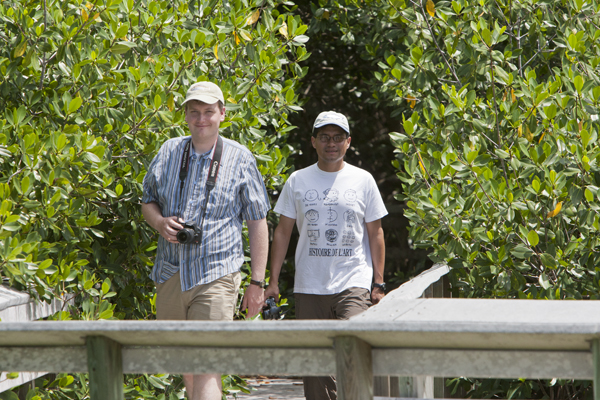 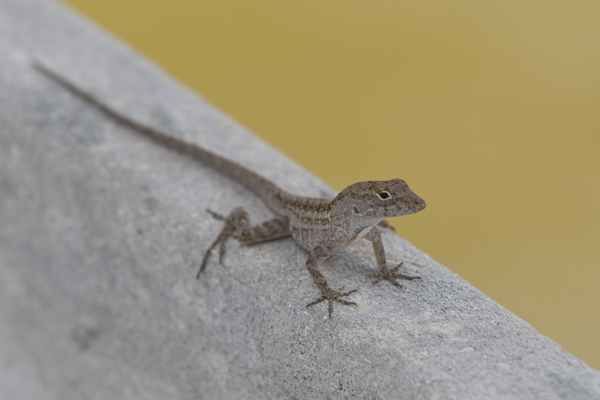 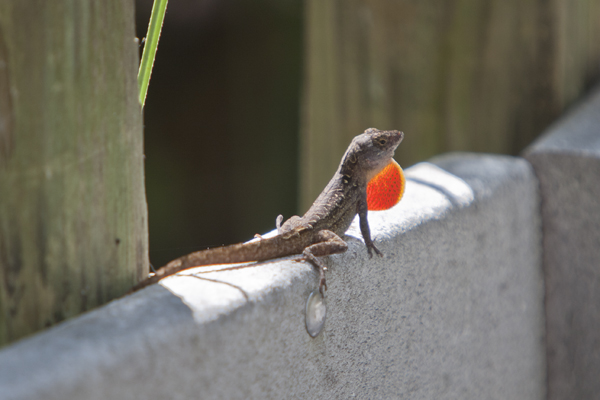 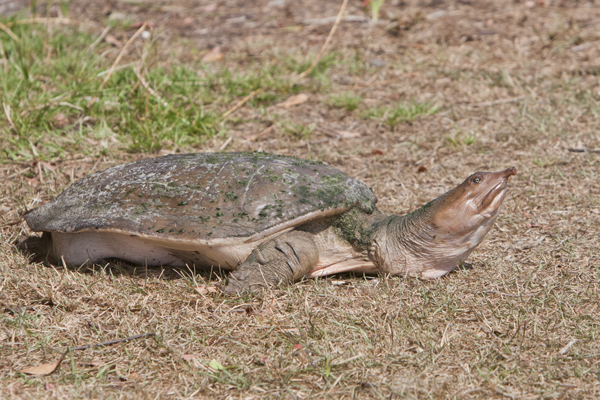 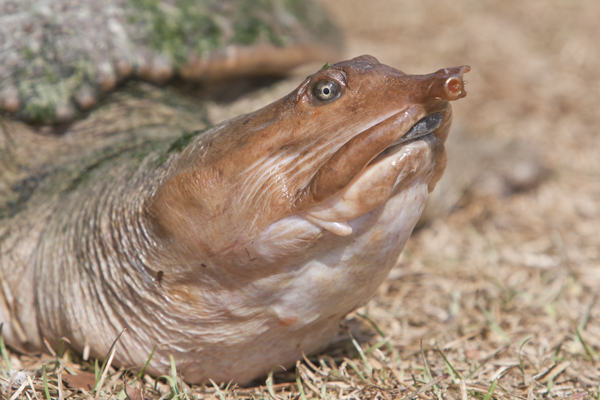 We saw buttonwood and white mangrove trees growing in areas where tides and salt water cannot reach them.  Black mangroves with “breathing tubes” and red mangroves with stilts to let them live in salty water.  The black mangroves are the ones responsible for excreting lots of tannins in the water dying the surrounding water dark red.  We saw amazing bromeliads, lizards, Florida softshell turtles, pine forests, palm hammocks and more, though I do wish that we had made it in the wee hours of the morning as that is when the most life is out and about. 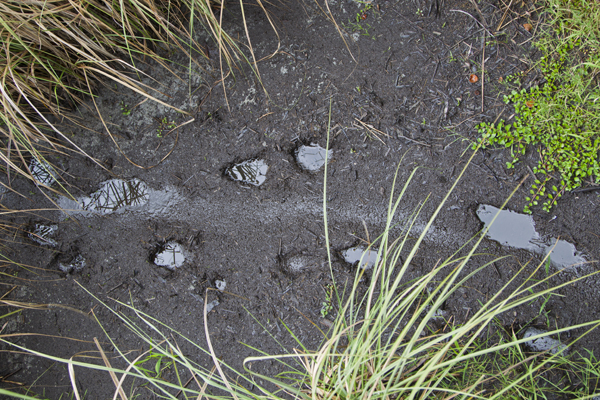 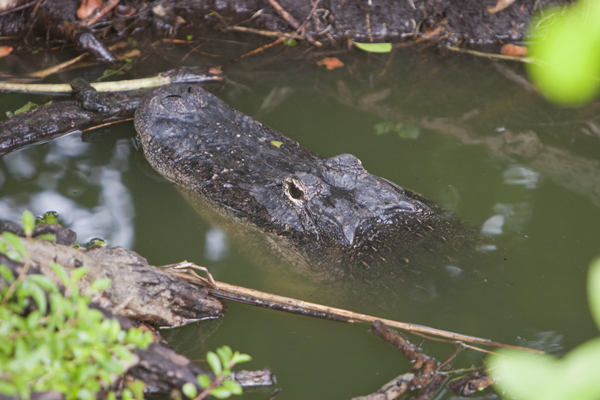 Unfortunately while there are two seasons, wet and dry in the Everglades, South Florida has been suffering an extreme drought for years now.  We were right in the beginning of the wet season, but it was painfully obvious that the amount of water that I’d seen in the past, simply was not there.  My past trips into the interior of South Florida was rewarded with many an alligator, but this trip we had to hunt around for them, eventually finding them down in the slough. 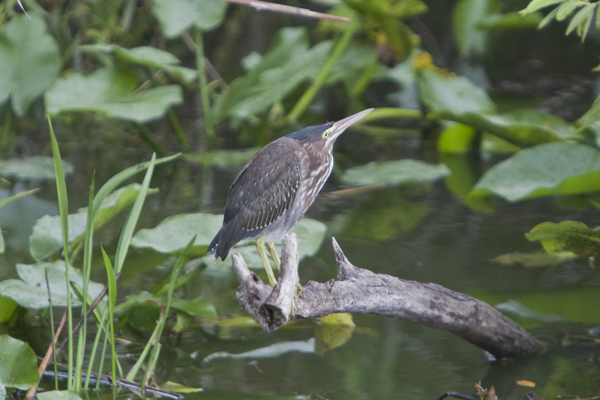 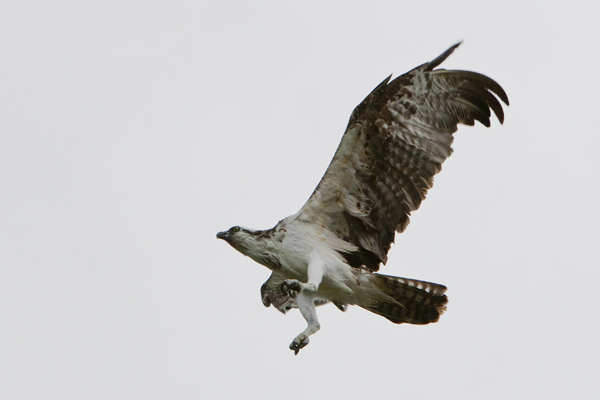 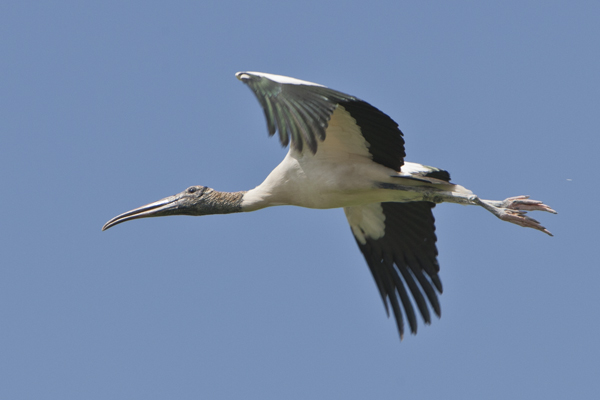 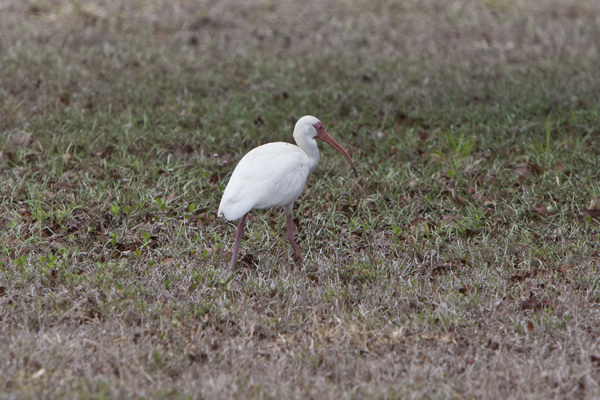 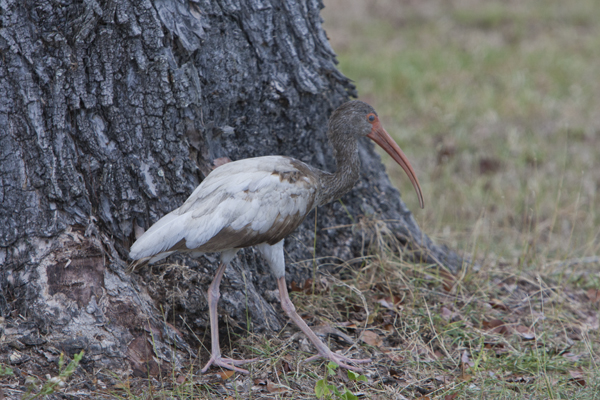 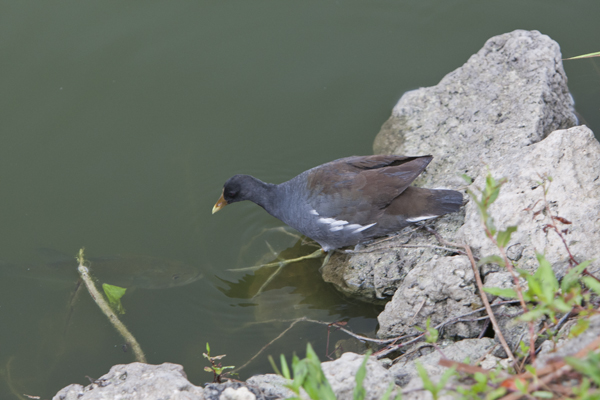 We saw green herons (there is a previous green heron entry in Jonesblog), Osprey (also an osprey entry, though the one this trip was closer), wood storks (previous entry), American coots, roseate spoonbills, ibis of a couple species, gulls, egrets, herons, cormorants, and more.  Other entries with some of these birds will be posted in the coming days. 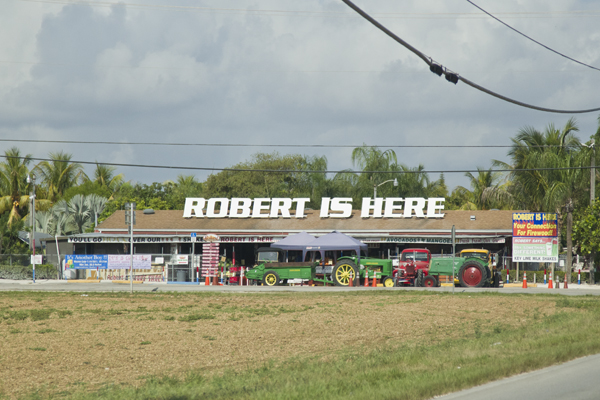 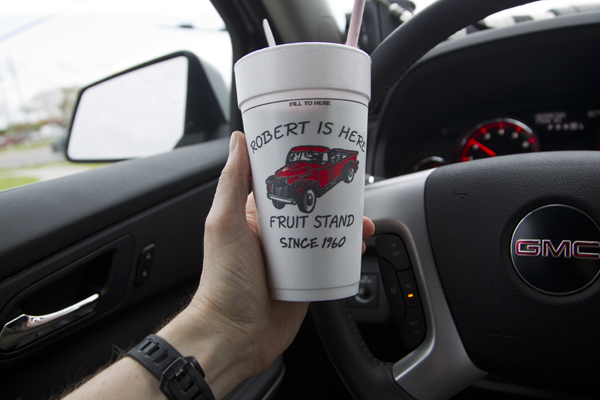 On our way out, we stopped at Robert Is Here fruit stand and while I made a call, the guys brought me back the *best* fresh strawberry milkshake I’ve ever had.  It was a damn fine milkshake…  Seek them out… order a milkshake and you will not be disappointed.

7 Replies to “Key West and the Florida Everglades”