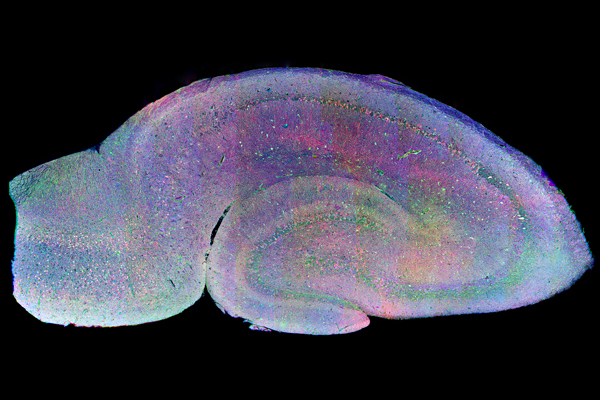 This image of a hippocampus was created from a dataset originally made back when I was a graduate student chasing problems in epilepsy. I was exploring signatures in the hippocampus of normal and epileptiform models, but was having problems with signal consistency it turned out because I was preparing the tissue on ice cold glass which induced rapid changes in the small molecular signals I was trying to measure. I did not know this at the time which was likely fortuitous as I got seduced by the retina while trying to figure out these problems. This subsequently led to my career in retinal degenerative disease as I got sidetracked from the epilepsy project by those first tissue samples of degenerate retina that Ann Milam and Jeanne Frederick brought us (edited for commas and pacing thanks to my friend Tim Bray).

All of that said, there is an ideal opportunity for a student to come in and use Computational Molecular Phenotyping to chase issues in epilepsy as that field has been waiting for new technologies to come along for almost 40 years now… I’d love to get back to these problems some time, but it will have to wait until I can find some resources to do the work and a student or post-doc that is interested in doing something new in epilepsy.