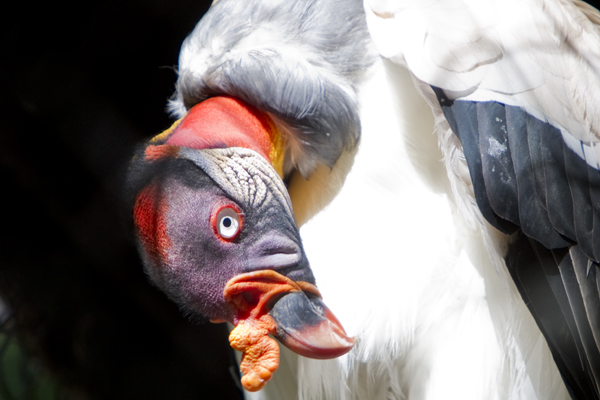 Its no secret that birds fascinate me.  I’ve even got a category on Jonesblog dedicated to birds.  They are amazing animals descendant from the dinosaurs with some birds coming closer in appearance to their predecessors than others.  This King Vulture for instance is one of two resident at the Tracy Aviary in Salt Lake City.  H and I walked down to Tracy Aviary last Monday and had a marvelous time seeing the new exhibits and the birds of which the aviary has over 100 species in residence.  One bird in particular really surprised me.  The aviary’s curassow in the new exhibit building had a low gutteral call that is one of the most un-birdlike sounds I’ve ever heard.  It was absolutely one of my favorite birds at the exhibit, but the images did not turn out.  If you get a chance, Tracy Aviary is well worth the visit and well worth supporting their efforts to rehabilitate injured birds across the spectrum from common sparrows to rare and endangered raptors. 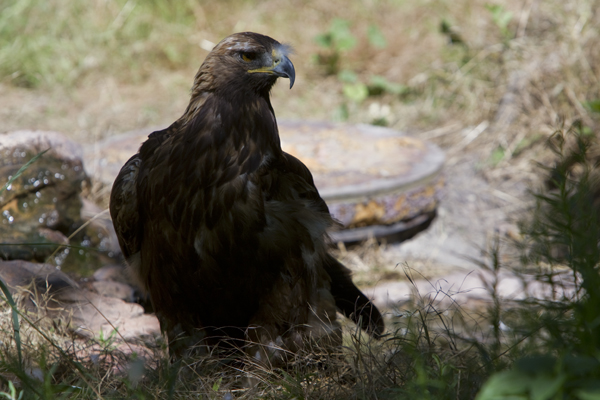 There are two Golden Eagles at the aviary that are rehabilitated birds that unfortunately will never be able to be released into the wild due to injuries.  However, they appear healthy and otherwise excellent examples of one of the most beautiful of raptors.  H and I have been fortunate enough to have seen them many times in the wild including one excellent experience up Parley’s Canyon a few years ago. 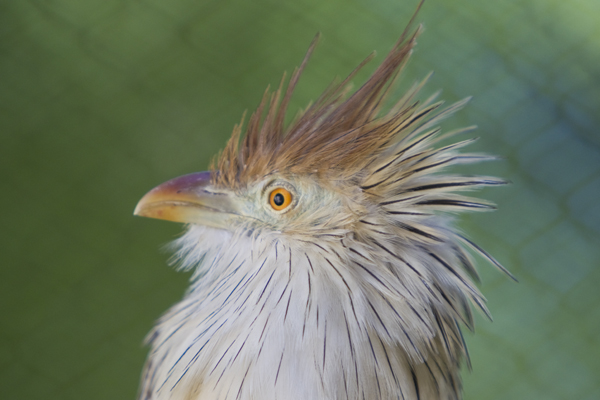 The Guira Cuckoo is a wonderfully social and most inquisitive bird and I gotta say I love the call. 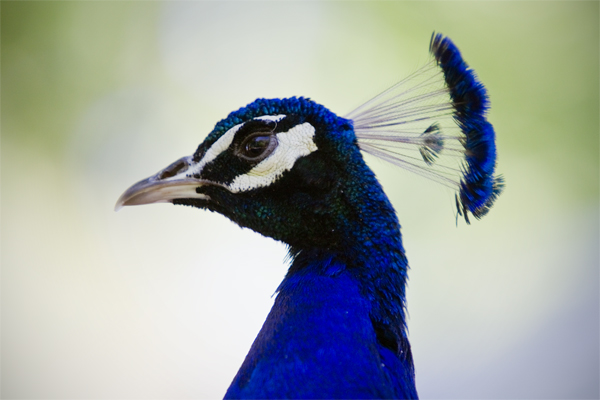 The Indian Peafowl, a.k.a. the peacock can be seen everywhere it seems.  However, I still love the appearance and the call even though they appear to cause some problems in posh California neighborhoods. 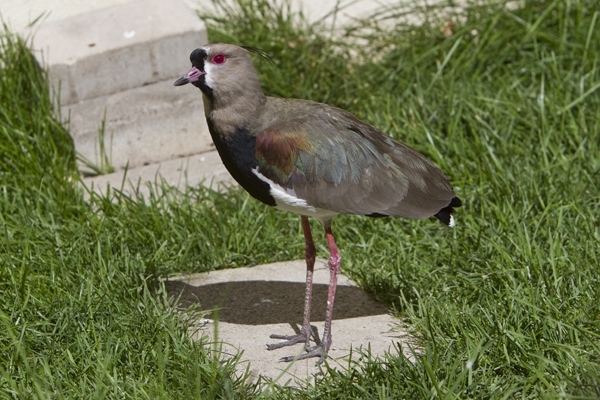 The Southern Lapwing is a bird I’ve seen before in the wilds of Argentina, well on the runway of the airport in Bariloche anyhow when I traveled down there with Robert and Ann.  It was exciting to be able to get much closer this time than the blurry shot of the bird in its native habitat. 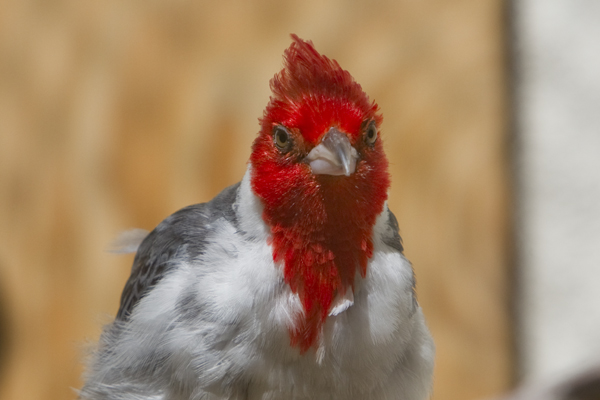 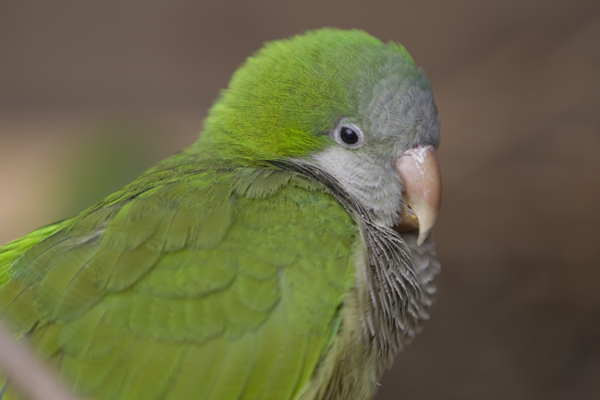 The last bird I got a decent shot of on this visit was a Monk Parakeet.  I have a soft spot in my heart for parakeets as I had a budgie named Percy when I was a kid.  Percy lived a long life for a budgie of 15 happy years and changed my perception of birds from simple creatures to complex animals with personalities, preferences and a sense of humor.  I miss that bird.