Photocamp Utah 2010 is a wrap.  This was the second year we held this event and this year sold out in less than 5 hours, a feat none of the organizers were expecting. Overall, we had more than 300 photographers show up not just from Utah, but from outside of the state as well.  Essentially Photocamp is a one day event that is all about photography put on by photographers, for photographers.  Photocamp is an all day event with both presentations and workshops designed to appeal to the growing photography market with areas that include composition, storytelling, technical aspects of photography and the tools used to get the best out of your images as well as the business side of photography.  Its quite a bit, yet we’ve tried to keep it accessible and affordable. 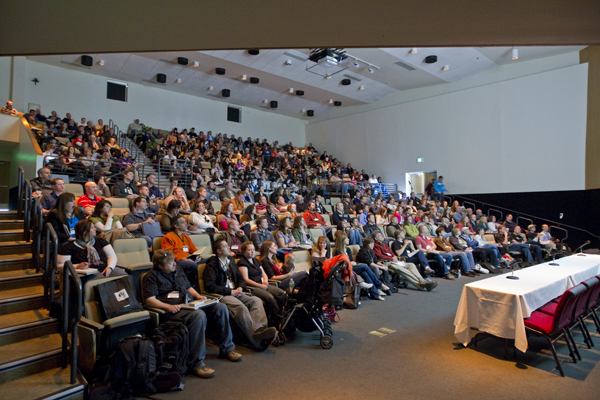 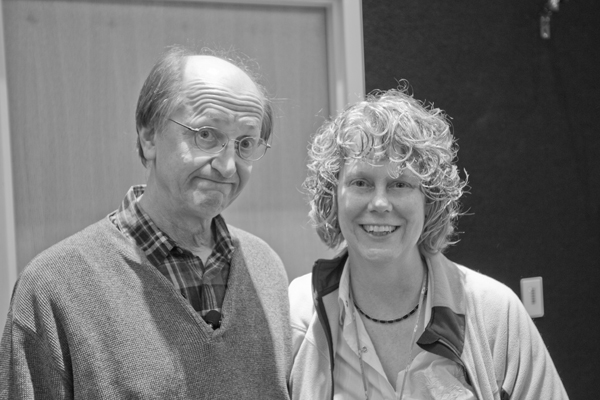 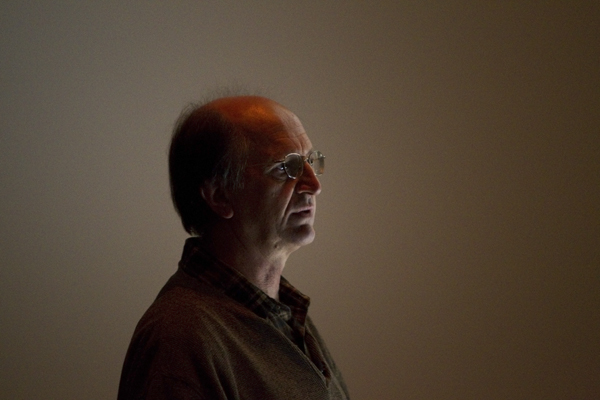 Because of the ethos of this event, we’ve been able to attract some pretty amazing talent to present at Photocamp.  Last year saw Trent Nelson deliver the keynote and this year, three more notable photographers, Bruce Hucko, James Duncan Davidson and Zack Arias, came to present at Photocamp from Moab Utah, Portland Oregon and Atlanta Georgia respectively.  While Zack Arias gave this years keynote, Bruce Hucko talked about building relationships as a photographer and nurturing those relationships over time and my good friend James Duncan Davidson spoke about the storytelling process in photography. 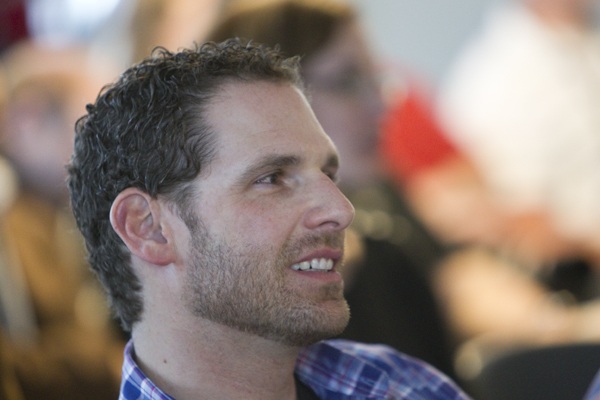 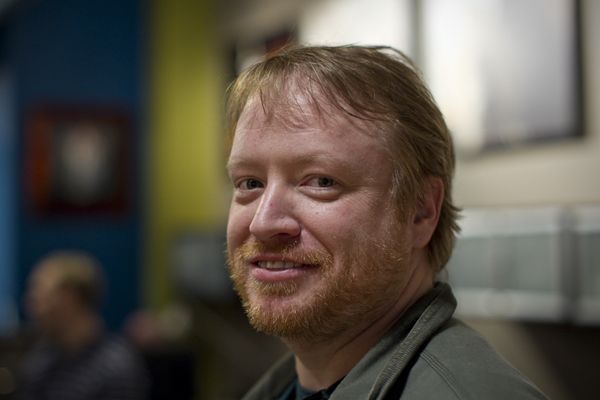 I was responsible this year for the storytelling track, where I wanted to hear from photographers about how they composed and told stories through the medium of photography.  Essentially, while many presentations dealt with  learning about f stops, lighting and other technical aspects of capturing and refining our images to illustrate what we see through the lens, I wanted us to remember that one of the roles of photography is documentation.

I wanted to communicate that there is something about being there.  Something about documenting a moment in time that will never come again, something about the process of documentation that makes us historians of a sort, or at least witnesses capable of capturing an instant… or a series of instances that tell a story.  Many storytellers in fact, consider their tasks of documenting people, places and things a sacred duty to both shape and relate history to those that follow.  The trick is to make the photograph something more than simply snapping the shutter and recording an event.  How does one craft your image or series of images to place what is seen through the lens into a context that relates a story?  That is what the storytelling panel was about.  I was fortunate to have four people present at the session, and in retrospect, it would have been nice to have 30 extra minutes to cover everyone.  Regardless, we had Suzanne Plant who talked about her interest in photography after buying her first DSLR almost a year and a half ago.  Coming from the scrapbooking world, she already had a sense of design, but it was refreshing to hear her perspective on storytelling.  As previously mentioned, James Duncan Davidson (Duncan) came to talk about his take on story telling.  I have mad respect for Duncan who is a former software engineer turned freelance photographer currently specializing in stage photography for events like TED and the Web 2.0 Summit. In April, he’ll be on site to cover the Mission Blue Voyage in the Galapagos Islands, a photographic assignment that has me crazy jealous.  Mike Terry gave an outstanding presentation at the storytelling session about a wide spectrum including religious issues, rodeo culture and teenage homelessness.  Mike is a staff photojournalist at the Deseret News in Salt Lake City.  He has worked in the American West, Southern States as well as Germany, India and Haiti.  Last but not least, Eric Beecroft has been a photojournalist and documentary photographer and is also the founder and director of Foundry Photojournalism Workshops, a grassroots international yearly workshop for regional photographers.

I was also fortunate to catch a few other sessions including Robert Marc’s session on color perception.  I’ve seen most of this talk before, but it is always a pleasure.  If you ever get a chance, his talk on color and the neuroscience of vision perception is not to be missed. 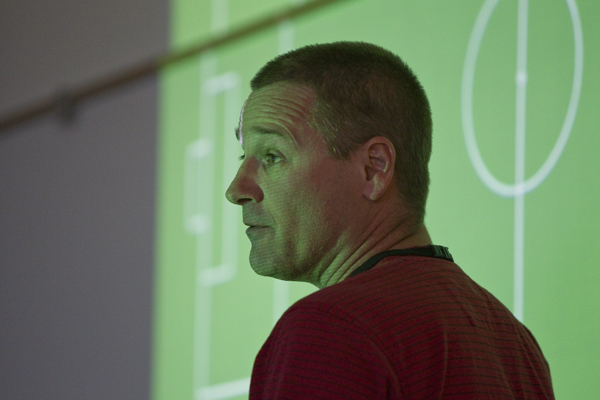 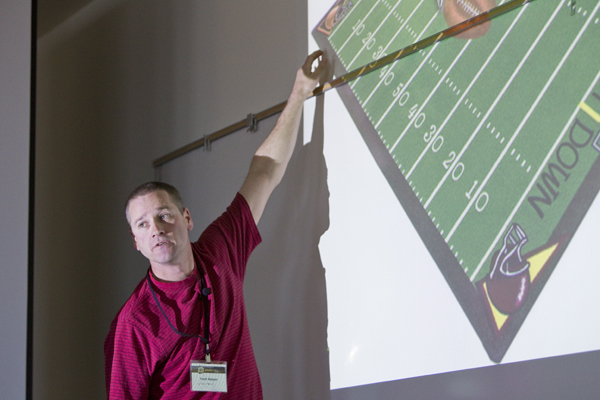 I also had a chance to see Trent Nelson’s presentation on photographing sports.  I had asked Trent to show up last year to present the keynote and it was the highlight of the event.  This year he asked to present on sports photography and again, he did not disappoint.  It was a spectacular presentation punctuated by his trademark dry wit and hysterically funny learning aids.  For instance, I was photographing people in the audience during Trent’s talk and heard some old school video game sounds.  Sure enough, he had set up plays in a football console game from the 1980s to early 1990s and was running plays with some of his photographs interspersed to show examples of plays, the positioning of the photographer and the kinds of photographs you could obtain with various equipment at different positions on the field.  It was incredibly informative and hysterically funny.  Pure genius. 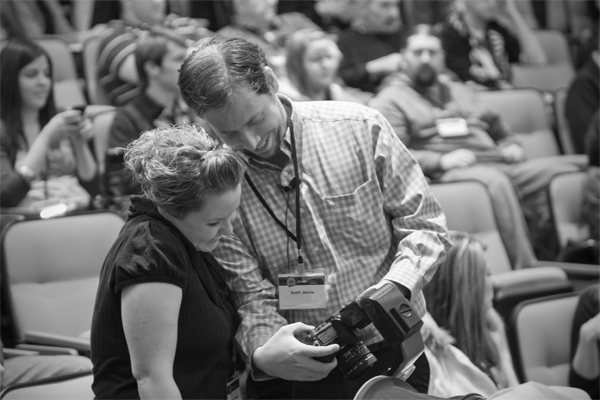 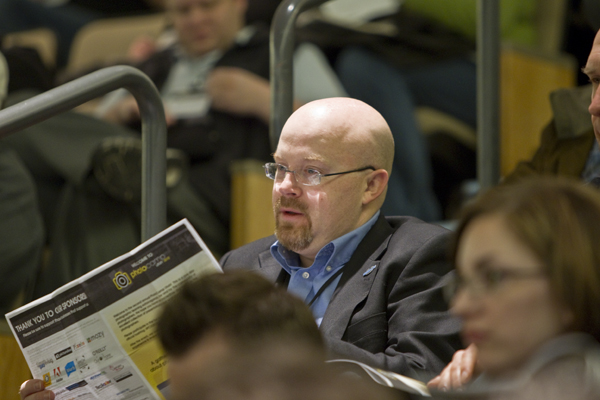 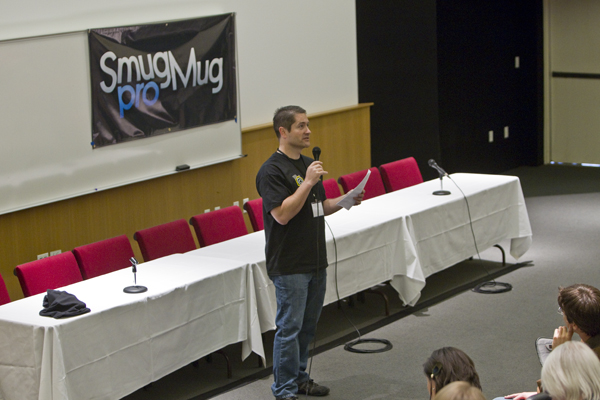 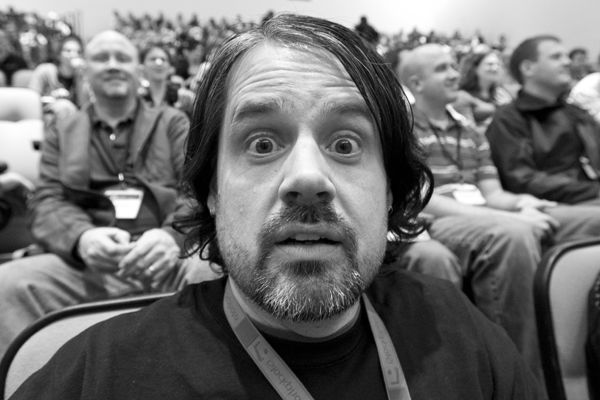 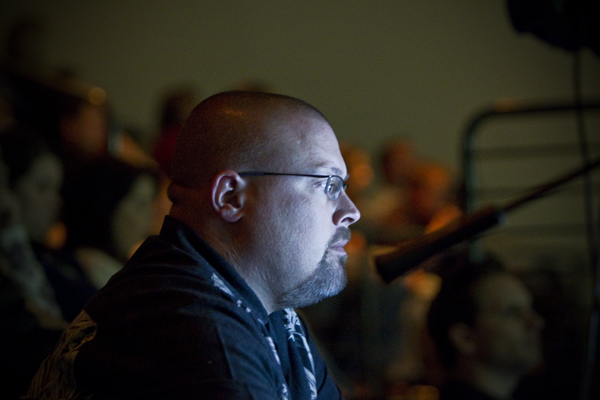 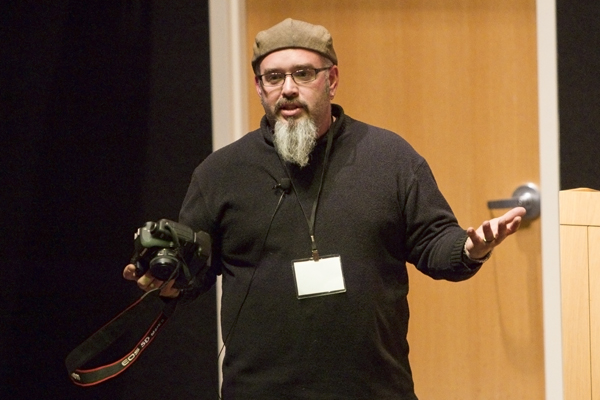 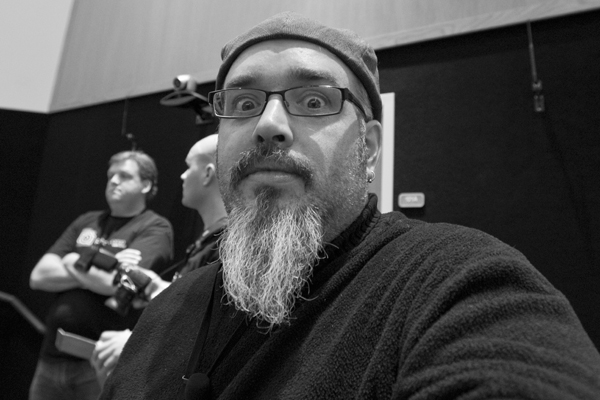 Check out the video archive or the photo archive of images from one of our sponsors, Smugmug here and also the Flickr pool for video and images of this years Photocamp 2010.  Look for the announcements next year which will see a larger venue, and more opportunities for people to volunteer and participate. As Ann says, “By Utah’s photographers, for Utah’s photographers, and “them” becomes “us.”

Many thanks to one of the best peeps I know, Jeremy Hall for taking on the lions share of organizing this event as well as my dear friend Ann Torrence for managing the schedules. The list of other peeps and sponsors that helped out is extensive, and many thanks to all of them that helped to put this event on. For Photocamp 2010, we are grateful to the following sponsors:  Adobe, Pictureline, SmugMug, PeachPit, Adorama Pix, BackBlaze, Pixels Foto, Replicolor, PhotoFocus, InStop, O’Reilly, BorrowLenses, Mozy, Data Robotics, Out of Frame Photo Services, and Zoho Design.  We could not have done it without you.

Looking forward to next years Photocamp which will be bigger and better.