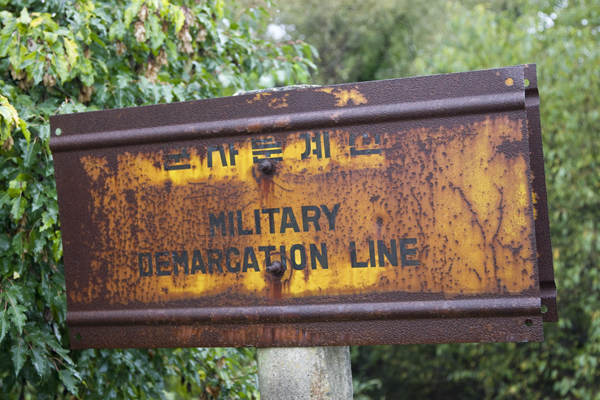 There are some lines which we do not cross. In life, we grow up learning about these lines, both real and imagined which we do not violate. Crossing lines carries with it penalties and benefits from inconsequential to mortal and the boundary that I recently visited can deliver the full spectrum of penalties if crossed. This boundary is very real and one of the most substantial modern human fabricated divides, cutting across physical, emotional and political lines that impact technology, business and human rights.

A study of the Korean peninsula in many ways is a study of contrasts, but it can also be seen as a study of maturation. However, recent events in North Korea may be ratcheting up the tension as the country shows off its political callowness. I suspect that Kim Jong Il has either succumbed to or is incapacitated by a recent stroke and this combined with South Koreas call for ending the North’s nuclear ambitions is resulting in all land borders between the two countries to be sealed.

I came here on assignment to visit the Korean demilitarized zone (DMZ) to get a feel for what role this, now 55 year old border plays in modern Korea and was surprised to find that despite some trade agreements, cross border commerce and activity, the tension is still exceedingly high. Unfortunately, given recent deterioration of North and South Korean relations over nuclear ambitions not to mention reports of Kim Jong Il’s demise or debilitation due to a stroke, it appears that much of this trade has been halted. I personally believe that Kim Jong Il is completely incapacitated or even dead given some of the recent propaganda announcements and doctored photographs that have been released by the North. It will be interesting to see what happens, but for now, North Korea appears to have closed the border crossing shutting down was little manufacturing cooperation there was between the North and the South. 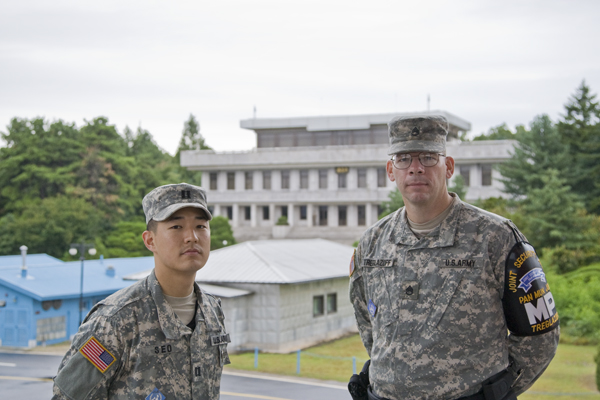 I was picked up by one of my handlers, SSgt Treglazdoff at Incheon International Airport and we drove North to Camp Bonifas where we met with Cpt Seo and headed off complete with body armor for the Military Demarcation Line. Interestingly, sidearms are required, but long guns are not allowed in the DMZ according to the peace treaties. 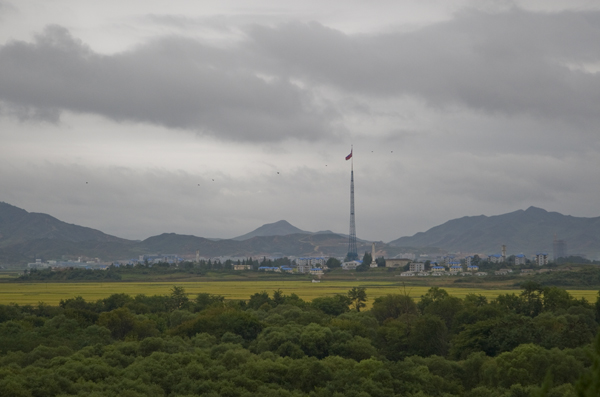 The dramatic incongruities of the DMZ represent themselves as absolute beauty slammed up against the fact that this is the most heavily defended border in the world. Much of the DMZ is absolutely free of human contact and has been for its 55 year history. Because of this, it is one of the most amazing places for bird life and even small mammals as evidenced by the water deer that are running around. Other portions of the DMZ abut against plots of farm land on either side that are absolutely vibrant with late season crops ready for harvest before winter sets in on the Korean peninsula. 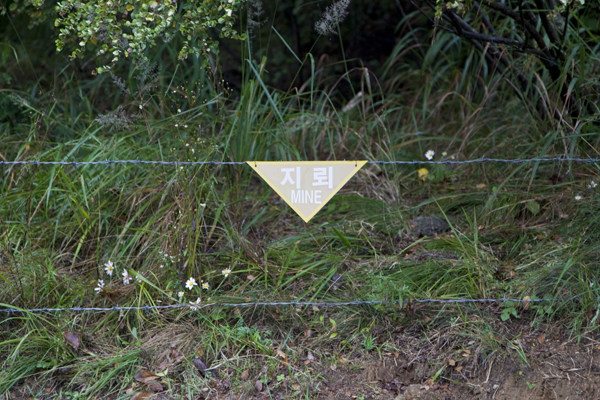 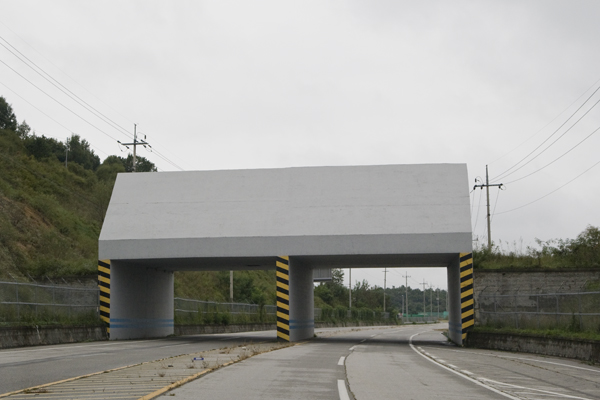 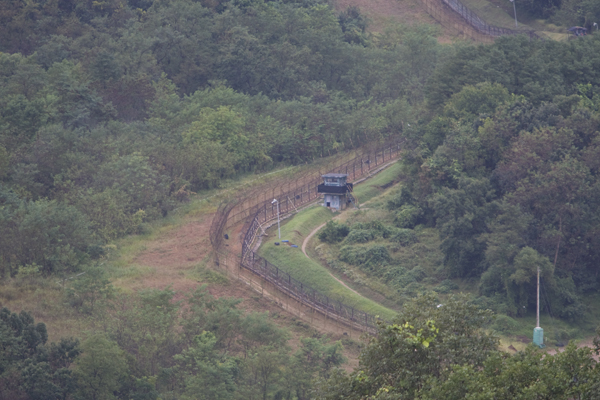 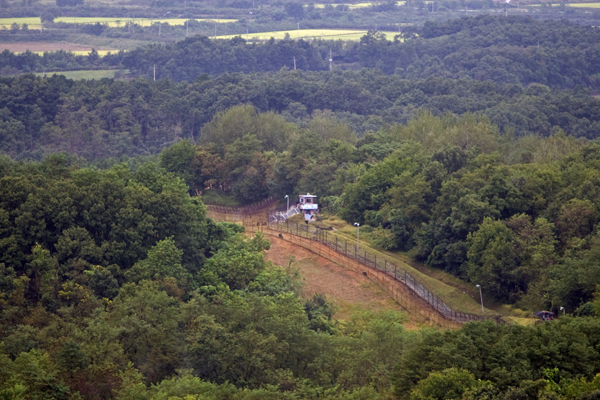 However, all around is the constant reminder that this is one of the most heavily defended borders in the world. Discrete signs alerting people transiting this zone identify locations of mine fields, fences topped with razor wire, lookout posts, machine gun emplacements, tank traps, artillery revetments and infantry trenches are everywhere.

It is also worth noting that there are upwards of 25 million civilians living within and around Seoul, all within artillery range should diplomacy break down or emergent leadership in N. Korea decide to take a more aggressive stance in the future. 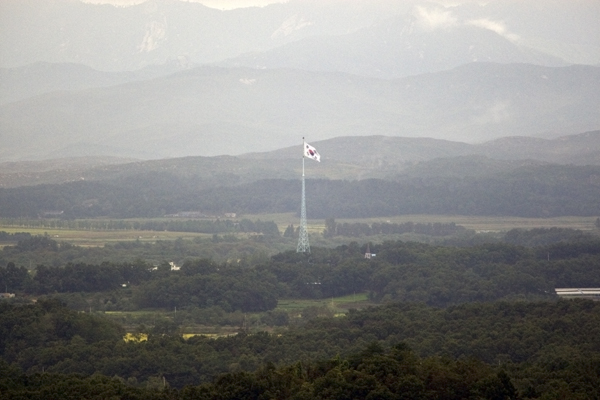 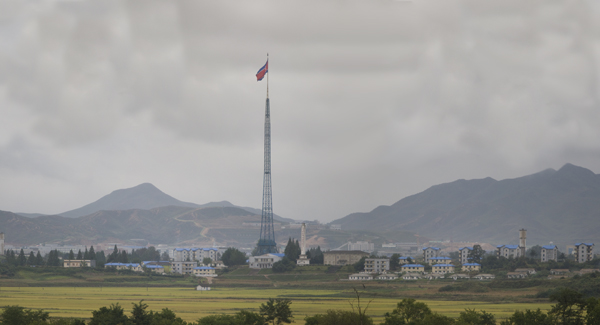 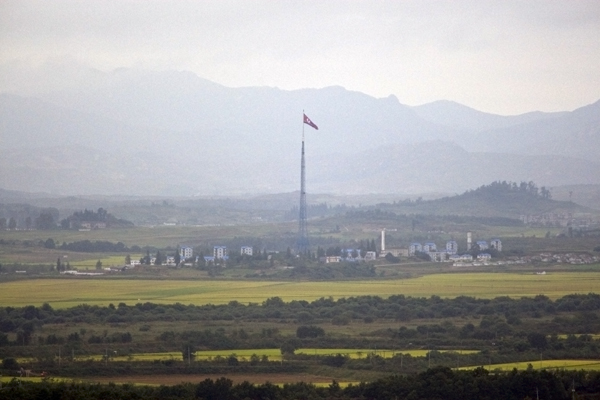 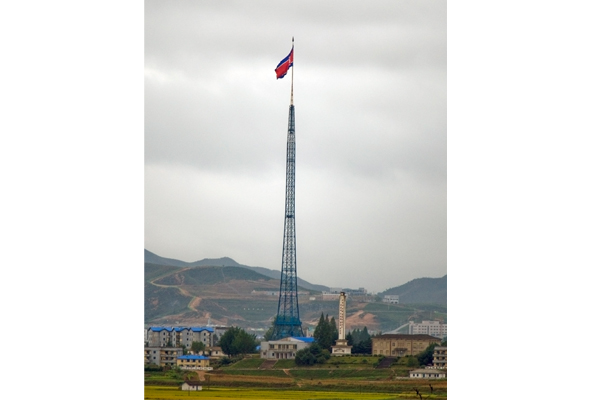 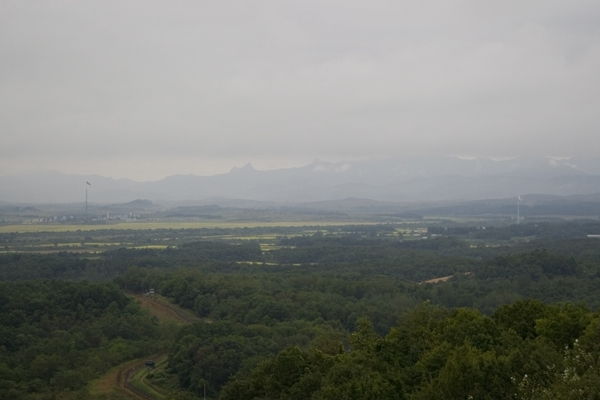 Surprisingly, there are some people that live in the DMZ. Specifically, families that originally lived in the villages in the DMZ and their direct decedents are able to maintain a tax free income from farming provided that they live a few months in the village, Daeseong-dong. On the North side, there are inhabitants of Gijeong-dong that are essentially present in a housekeeping role to open and close windows, turn lights on and off and loudly play propaganda music through projection megaphones directed at the South. Gijeong-dong is also the location of the tallest flagpole in the world, Kijong-dong. 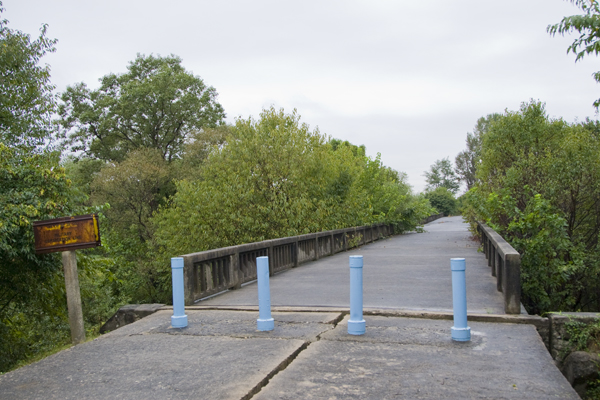 The Bridge of No Return is a place of legend. This crumbling concrete bridge spanning the Military Demarcation Line between North and South Korea is where repatriations or prisoner exchanges used to occur after the Korean War. However, the last time it fulfilled this purpose was for the return of the crew of the USS Pueblo. The Bridge of No Return was also the site of the Axe Murder Incident in 1976 in which two US Army officers, Captain Arthur Bonifas and 1st Lt. Mark Barrett were killed by a group of North Korean guards with axes, crowbars and clubs under the direction of North Korean Senior Lt. Pak Chul. Captain Bonifas and 1st Lt. Barrett were trimming trees down by the bridge, when the North Korean soldiers showed up, objecting to cutting down of the trees. The North Korean soldiers crossed the demilitarized zone and subsequently murdered the two American officers.

This murder resulted in one of the largest military alerts ever in moedern history designed to cut down a single tree. Infantry companies were put on alert with attack helicopter squadrons, B-52 bombers escorted by F-4 fighters and F-5 fighters were in the air along with F-111 fighters waiting armed and fueled at Osan air base. In addition that all of this, the Midway aircraft carrier task force moved just offshore and heavily armed infantry and artillery took up positions to support special operations teams and all military forces on the Korean peninsula were put on full alert. 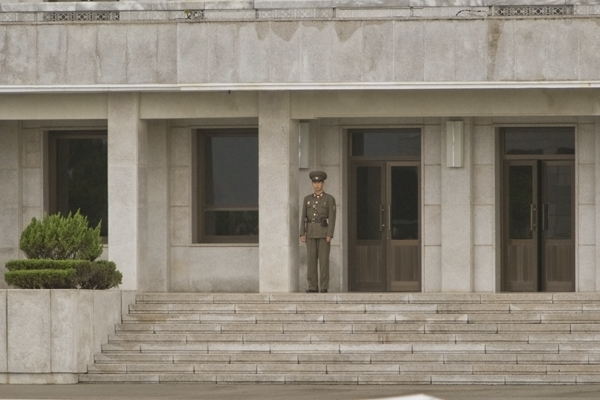 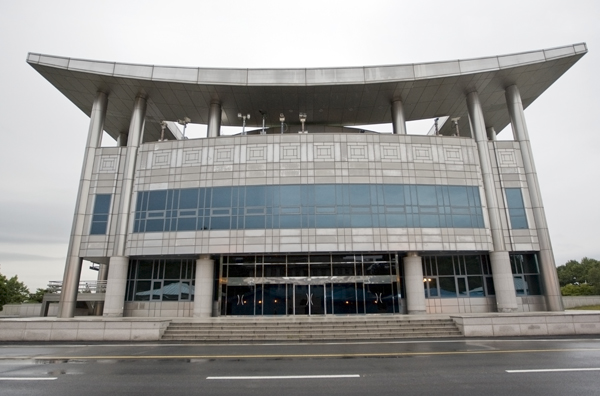 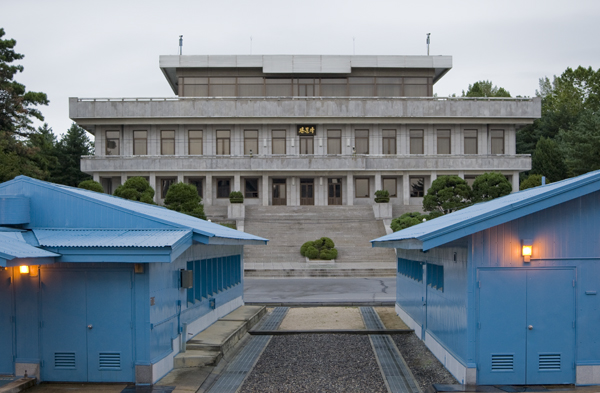 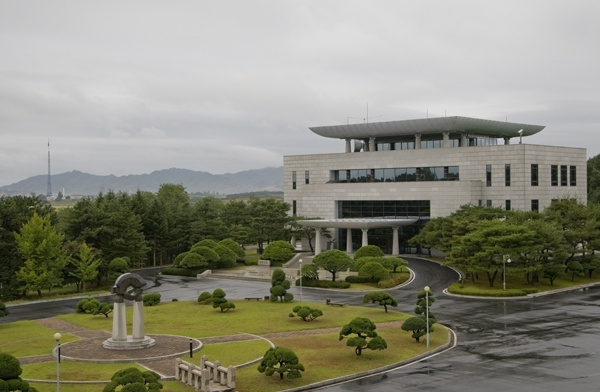 Panmunjeom and the joint security area is the location of perhaps the highest tension. Soldiers are not permitted to carry long guns in the zone, there is no acknowledgement, waving, gesturing or communicating of any sort allowed by either side according to the peace accord agreements. There are however, staring contests that occur on both sides with North Korean, South Korean and US troops standing motionless, staring at their opponent across the military demarcation line.

Given the time, there are a great many stories that could be told of the people and places involved in the Joint Security Area and I hope to return soon to see and relate more of this unique time and place.