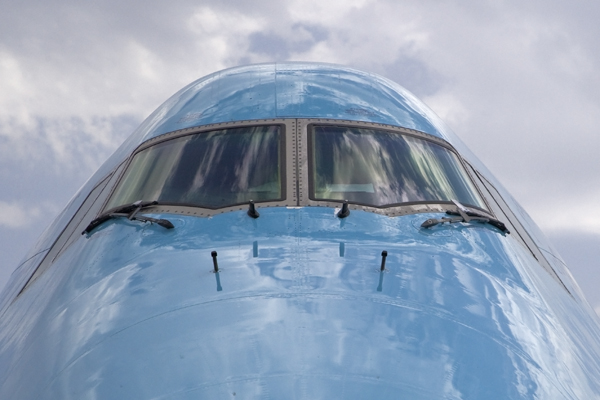 Felix and I are on our way to China for the RD2008 Meeting where many of the worlds retinal researchers are gathering to share information, discuss new approaches to retinal degenerative diseases and explore how to implement strategies designed to prevent and recover retinal visual loss. These meetings are held every two years and in the past, have been very productive. The whole trip is going to be a fair journey with a total flying time of around 18 hours, not including layovers in Los Angeles and in Seoul. However, it is time that I’ve needed to complete quite a bit of work including a manuscript review that is quite late (sorry Dr. Saper), a presentation at a hospital in Chengdu that I will be making after the RD2008 meetings, and a manuscript on a collaborative project with a group in Japan we are working on where they have created a model that is going to become very important to retinal disease research. The problem with this of course is that I am still trying to type with a broken hand.

For the local Utah crowd, a number of researchers at the Moran Eye Center are attending the meetings including Wolfgang, his graduate student Jessica, David, Felix, YanHua and I. Felix, Yanhua and I presented data from separate projects that actually ties together remarkably well as it continues to flesh out the mechanisms behind retinal degenerative disease. I suppose in retrospect that this might have been an obvious path, but the work that has gone on in the Marclab really has revolutionized our understanding of retinal disease processes and this project I started out my dissertation on, has ultimately through our work, described and continues to build on a phenomenon that is absolutely critical to understanding and further progress in retinal disease. Being able to illuminate some of the basic biology behind retinal disease, I guess is pretty satisfying. Of course, we as a community have a long way to go in understanding all of the mechanisms behind retinal degeneration and there are many years of very exciting work ahead. I just hope that we can continue to contribute to the community and help bring clarity and resolution to some very difficult issues. 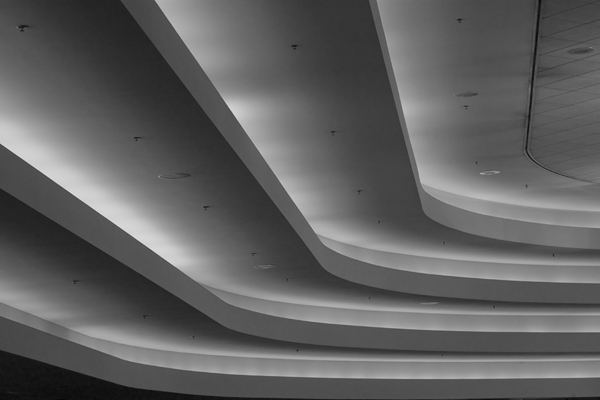 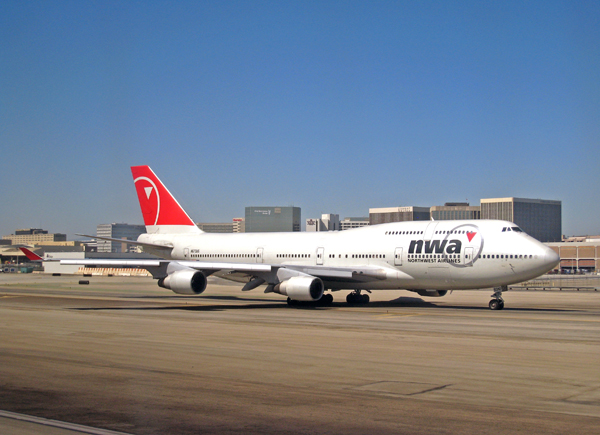 Sitting in the Korean Air lounge at LAX allows one to watch the planes as they taxi by. I have to say that 747’s are a favorite plane for me to fly on. They are big, beautiful and quiet. Watching this 747 taxi by, I realized that Northwest Airlines operates 747s as well which will be interesting once this merger between Delta and Northwest goes through. Given that I fly on Delta so much, there may be more opportunities for me to fly on 747s in the future. 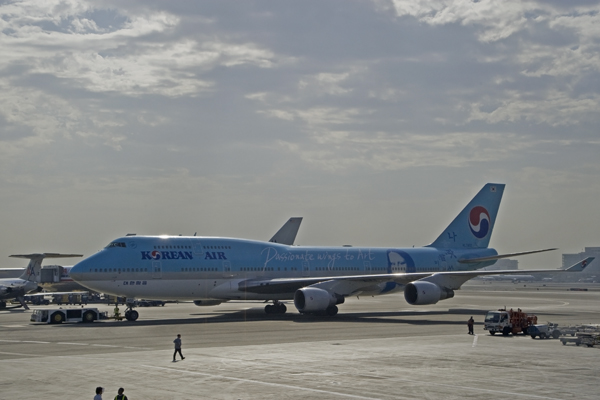 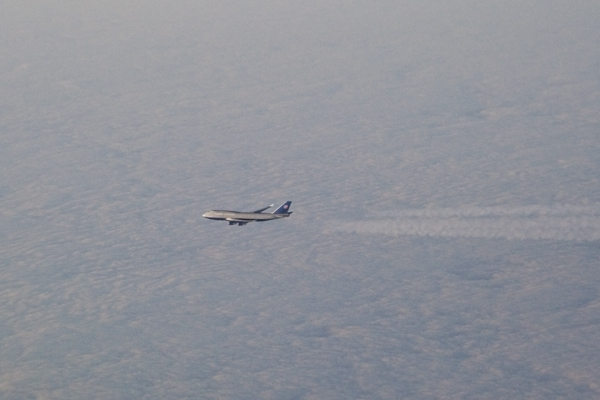 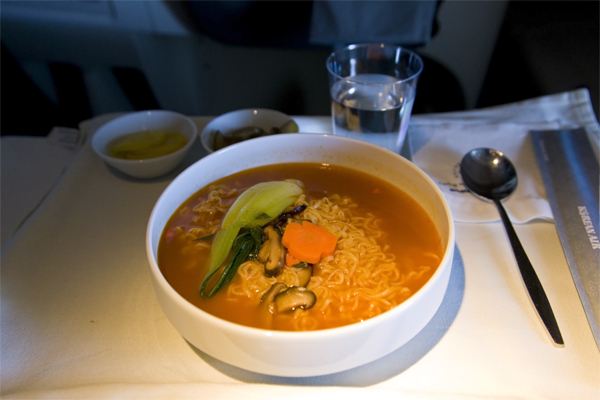 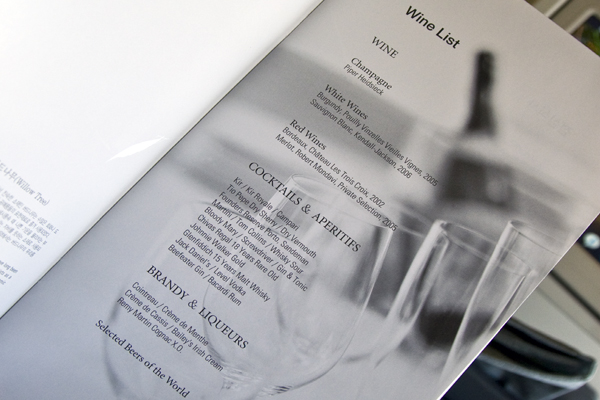 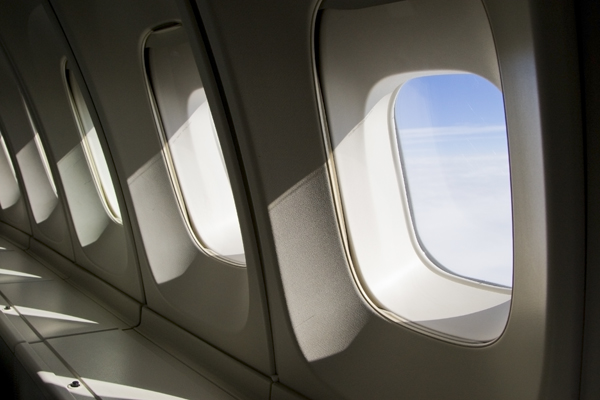 We are flying Delta from SLC to LAX, Korean Air from LAX to ICN, and Asiana airlines from ICN to CTU. Delta of course is the airline I typically fly given their hub in SLC, but Korean Air has quickly become one of my favorite airlines with wonderful service and good food for those long haul trips overseas. I always thoroughly enjoy flying on Korean Airlines and it is the little things that make the difference. As I type this somewhere over the Straight of Juan de Fuca heading out to the Gulf of Alaska, a flight attendant just brought by freshly baked cookies and a delicious cup of coffee. I’d been deep in work and was only peripherally aware of the wonderful smell of cookies being made, so it was a little delightful to be brought out of my concentration zone and actually be offered a reasonably tasty chocolate chip cookie (note: H makes the worlds best cookies, so I am discriminating). Other culinary items of note on Korean air: They have a rather impressive wine list for an aircraft including some tasty French wines that are paired well with the food on board. Also, if you get a chance, ask for the ramen as a mid-flight snack as it is quite tasty and refreshing while you are somewhere over the Pacific Ocean. 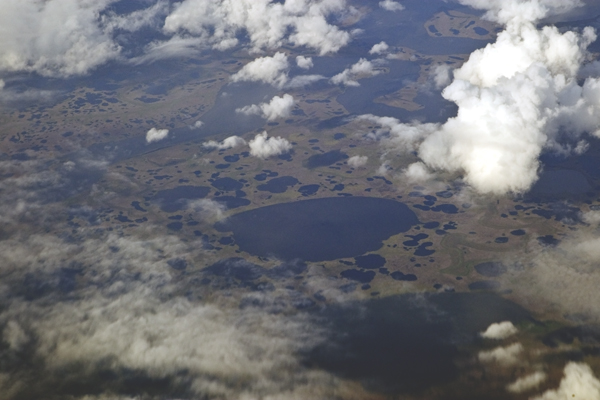 An observation… Alaska is huge! Flying from the Southern end of the state, up over the Gulf of Alaska, just North of Kodiak and Kipnuk and over South of Bethel towards the Aleutians has taken hours. I had hoped to take more aerial photographs of Alaska, but unfortunately, most of that distance was cloud covered, just like the last trip over to Japan. Even though this flight is a considerable distance and one can always complain about 13 hours flights, it is a marvel that one can make the journey from the Intermountain West to China in a days travel. I remember reading about trans-Pacific travel when I was a kid which introduced the concepts of topology and geometry to me as it really made no sense to me that flying the Great Circle would actually be a shorter distance than flying straight across the Pacific Ocean, but the wonders of geometry proved otherwise. 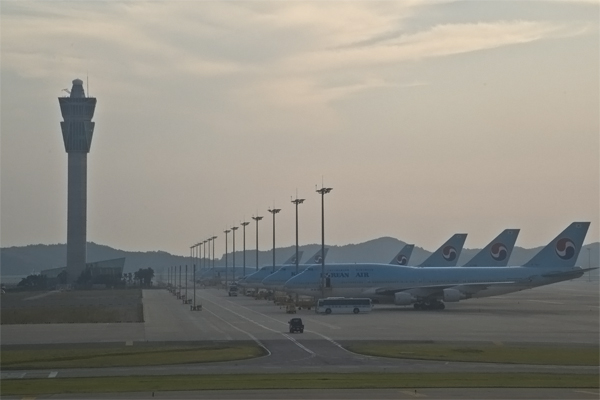 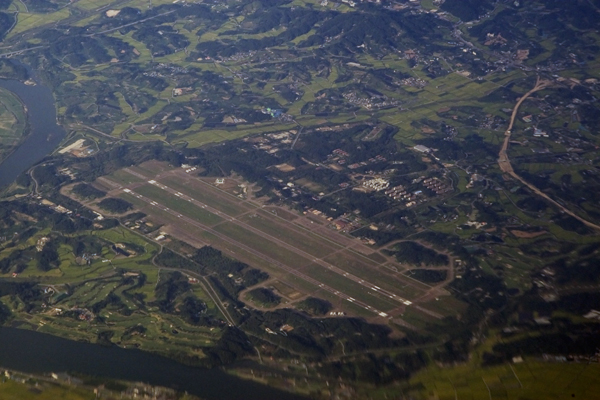 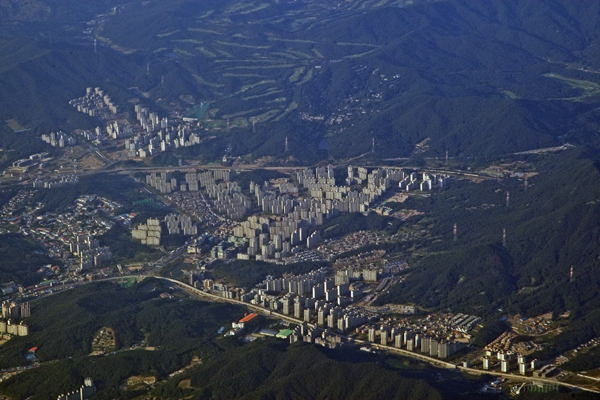 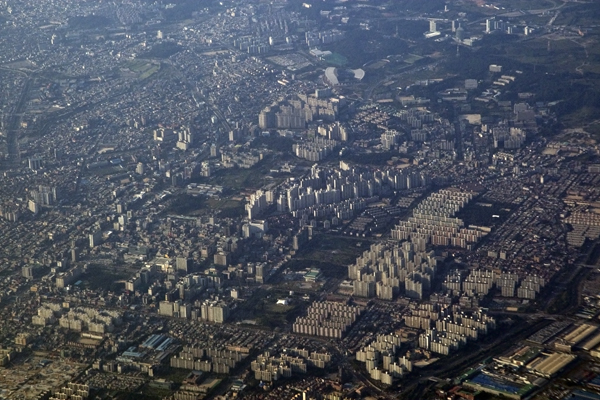 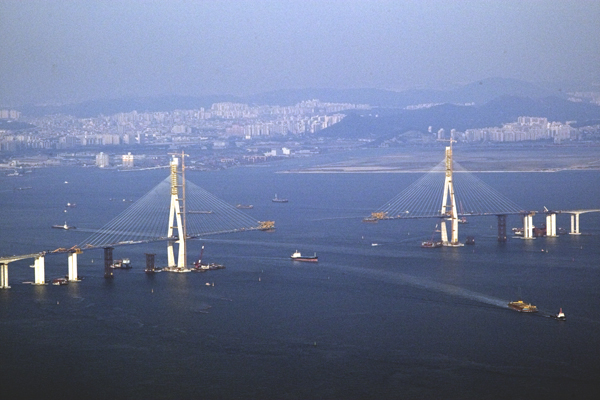 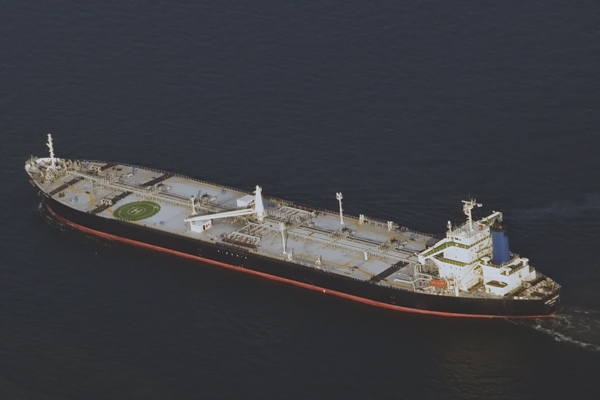 After crossing the International Date Line, proceeding over Japan and down to S. Korea, we landed in Seoul. I’ll be stopping in Seoul on the way back to visit the Korean DMZ on assignment, so it’ll be interesting to see what S. Korea is like on the ground outside of the wonderful Incheon airport and the Korean Air lounge, which by the way I just discovered has shower facilities for those weary travelers on transcontinental journeys who wish to freshen up a bit. Being able to take advantage of a shower and shave can make all the difference in your travel when facing a multi-hour flight to/from home.

We had a couple of hours in Seoul before setting off to Chengdu, China which is going to be a bit of an adventure for me. As the Emishan mountain area is supposed to be a birders paradise, I am hoping for a few instances of new species that I can put onto the list.

For now, we are staying in the Homeland Hotel in Chengdu until tomorrow morning when we’ll pick up a bus around 9:00am to see parts of Chengdu and have a traditional hotpot lunch before the opening of our scientific meetings here. Getting here from the airport was only a little difficult thanks to the iPhone that was able to keep directions from the airport to the hotel in Chinese. The only difficulty was that the local Chinese characters were a little different from the Chinese characters written down for me by our post-doc originally from Shanghai. The dialect here is a little different too which should be no surprise, but for whatever reason I was not expecting. 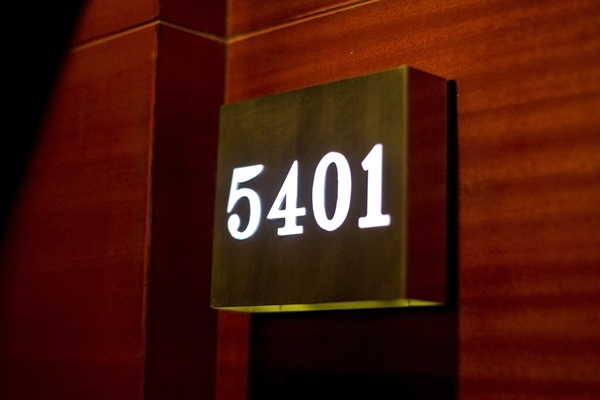 Finally made it to my hotel room at the hotel in Emeishan… More updates as I can get them in.