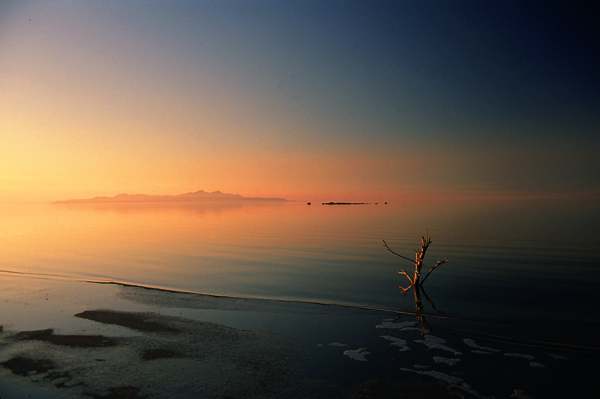 I found these images on a slide carousel shot with Fujichrome a few weeks ago and was struck with a flood of memories. These images were captured about 17 years ago primarily through hanging out the sides or back cargo ramps of airplanes. Some of the images were captured on the ground, but essentially, these images captured over a year evolved into an arial photo essay of the Great Salt Lake that ultimately ended up on PBS for at least one airing. All these images of the Great Salt Lake were captured with a robust little camera, the trusty Leica M6 which survived getting banged around while sharing bags with all manner of hardware dangerous to precision cameras, yet it managed to keep going, returning precious roll after roll of film. At the time, I was always second guessing my exposures, afraid to make an image given the cost of film, developing and printing and because of this I *know* there were shots that should have been taken that are now lost to time. However, at the time when I was worried about paying the rent, images captured in the camera were secondary to images engraved in memory. However, there were times, where capturing the photons that represented light, form and feeling overwhelmed any fear of financial impact and as I’ve said before, some of these images when captured had a well considered price as on one day of shooting, I easily burned through a couple hundred dollars worth of film rolls which at the time came dearly as it was about ten weeks worth of groceries. I could not help it though as the whole of the sky lit up with transilluminated clouds reflecting on an almost still water with an atmospheric clarity rarely seen. With every roll of film, I was thinking to myself that it was another meal that I might be having to go without.

In retrospect, that whole year was an interesting series of moments in time as it is for most young adults wondering who they are and what and where they would become and accomplish. Time out in the desert, particularly at juxtapositions between water and arid, desolate high desert were somehow comforting while I anxiously wondered about the future. It was the tail end of the 1989 moving into 1990 when I found myself as a 19 year old in my second year of college wondering just what I was going to do with this life. It seemed a time so full of promise, wonder and curiosity, yet tinged with anger, fear and loneliness. I had taken a job in a sleep disorders center where the work schedule was 7pm to 7am, after which I would go to class, grab a couple hours of sleep and go right back to work in a grueling routine that paid the bills yet left me wondering if all that unbelievably hard work was worth it.  This time also provided for some interesting memories including the opportunity over the course of that year to go up in a number of aircraft to capture images of the Great Salt Lake by literally wedging my legs underneath the dash of a Cessna aircraft and hanging out the window or strapping myself into a harness and peering over the edge of the back of a cargo aircraft, camera in hand. The images spoke to me for some reason, combining a stark beauty with subtlety of color and form that was particularly inspiring after a storm rolled through, cleaning the air and filling it with light and form.

In my mind, the series of images below, are always accompanied by “Open” and “Bread and Wine” from Peter Gabriel‘s Passion: Music for The Last Temptation of Christ. The sein und zeit or literally being and time back then had a flavor or feeling about it that very much resonated with me through this music and spending time in desolate places. 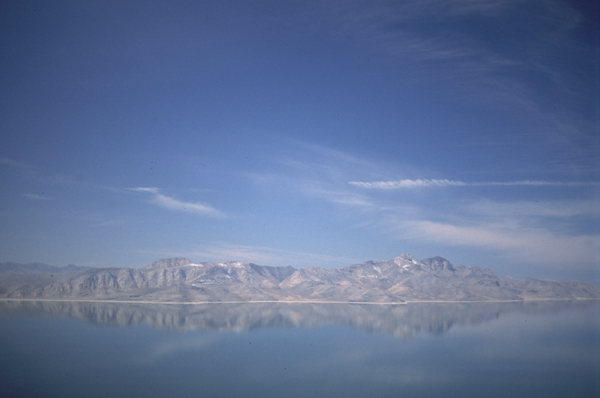 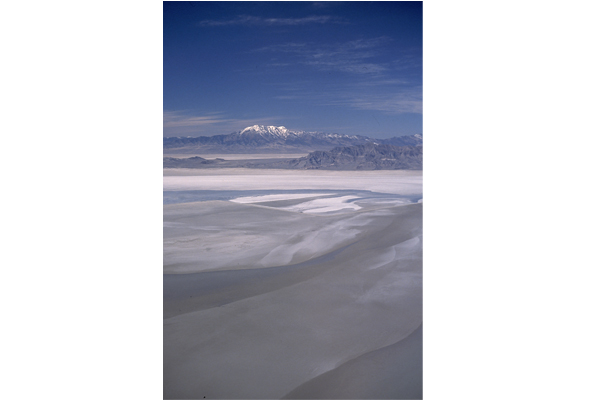 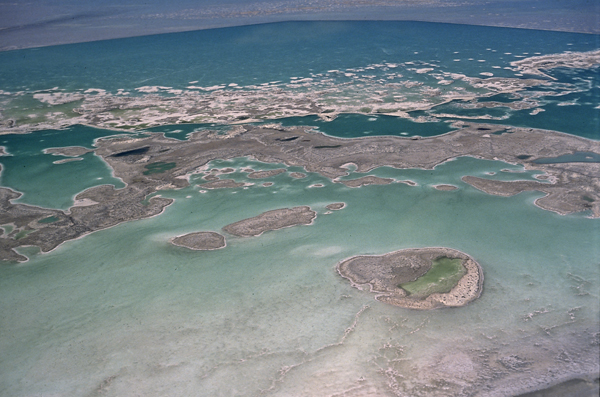 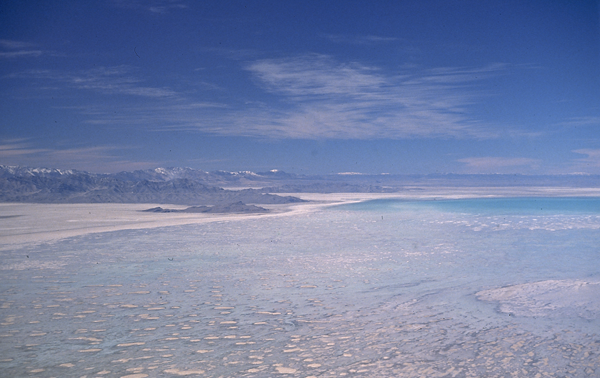 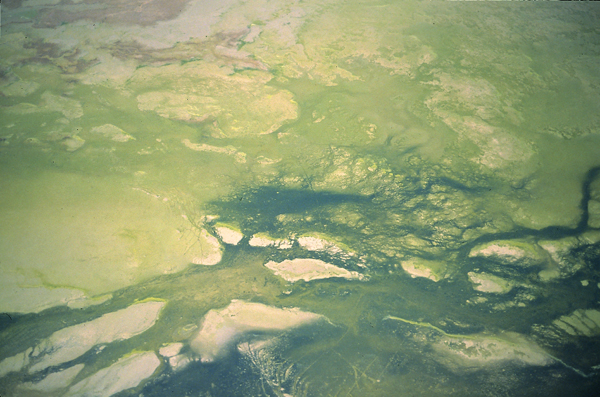 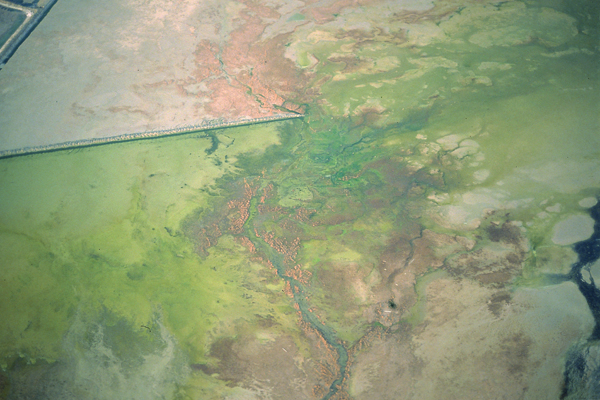 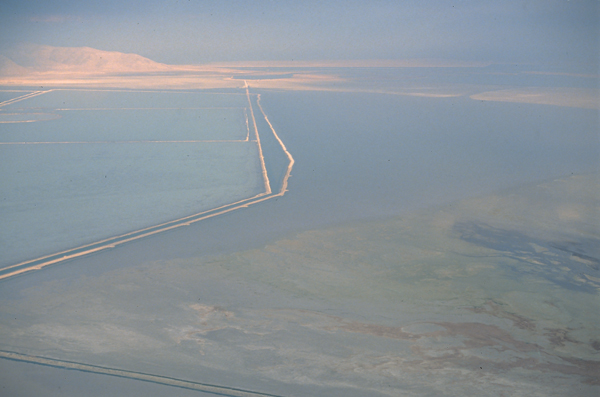 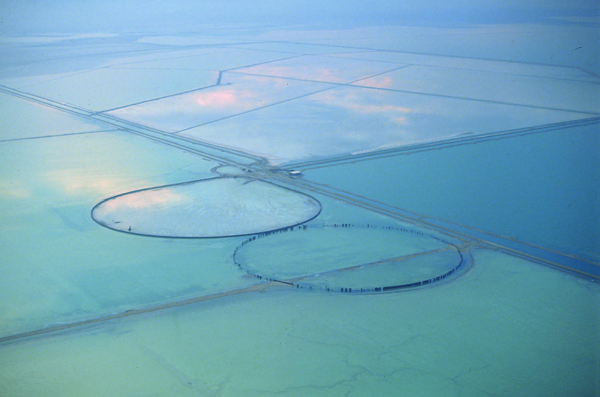 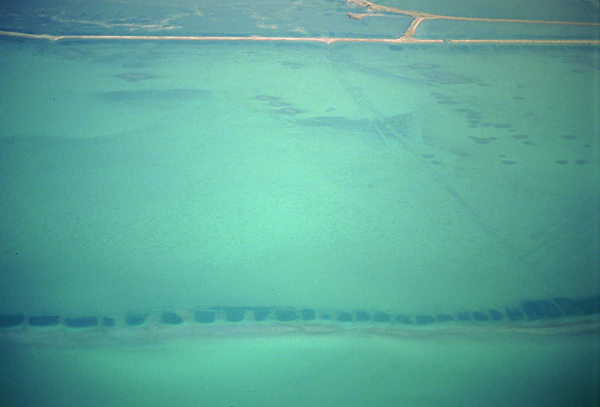 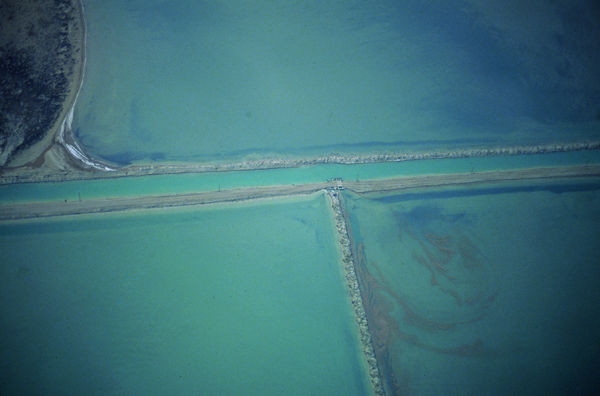 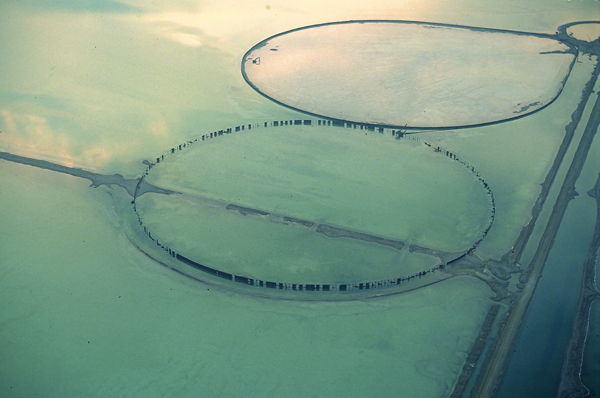 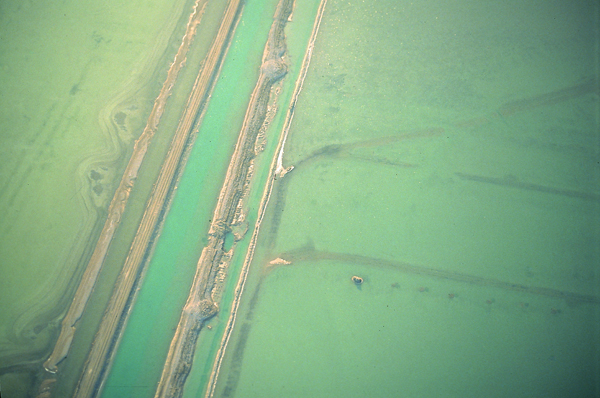 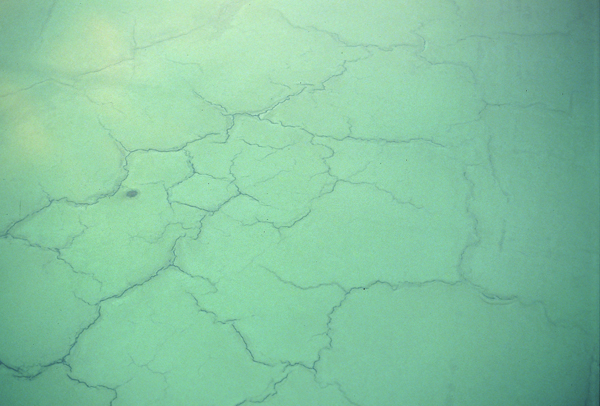 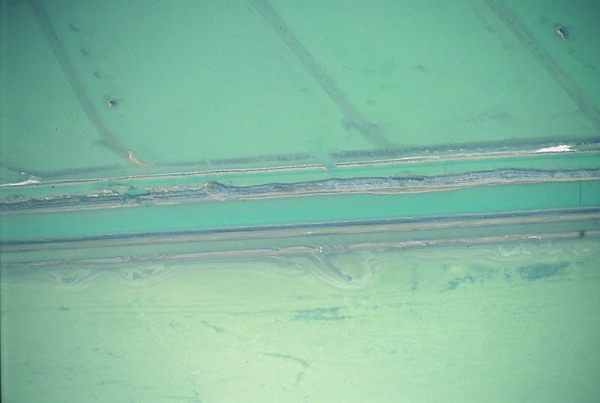 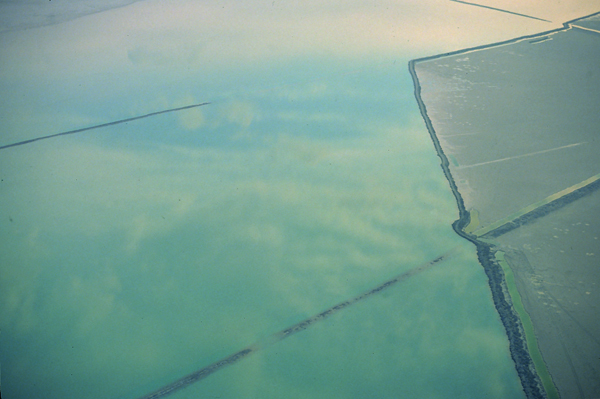 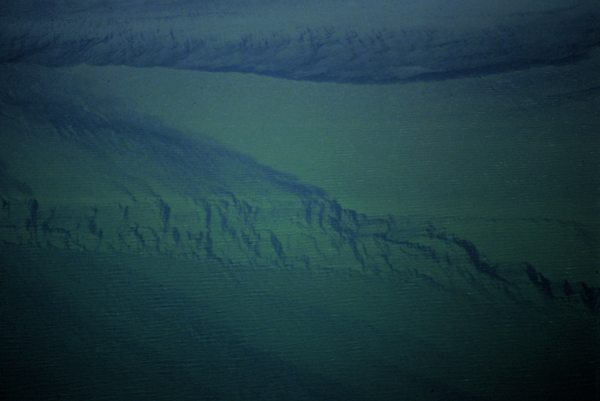 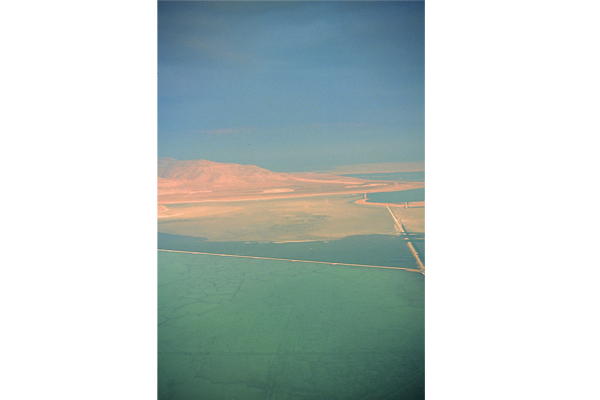 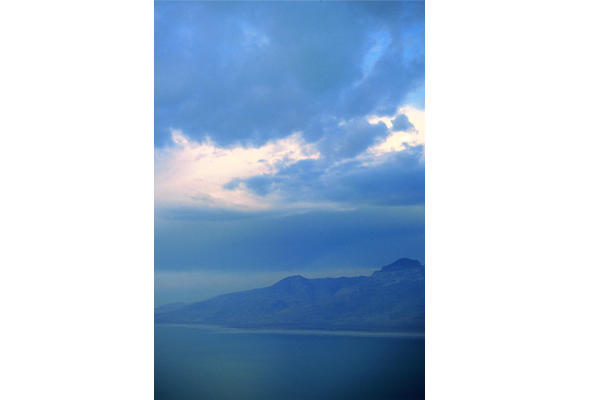 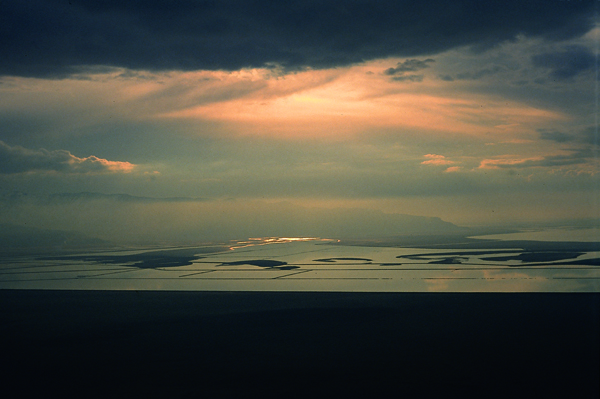 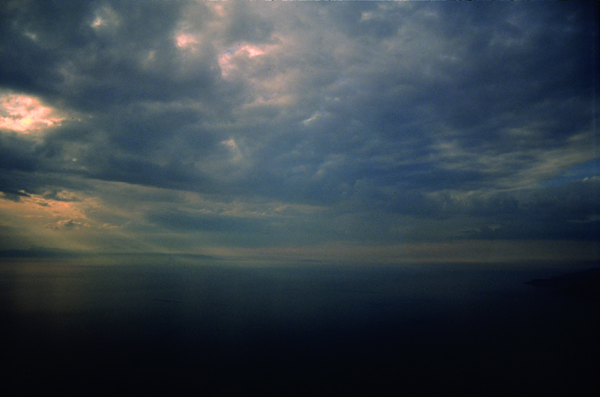 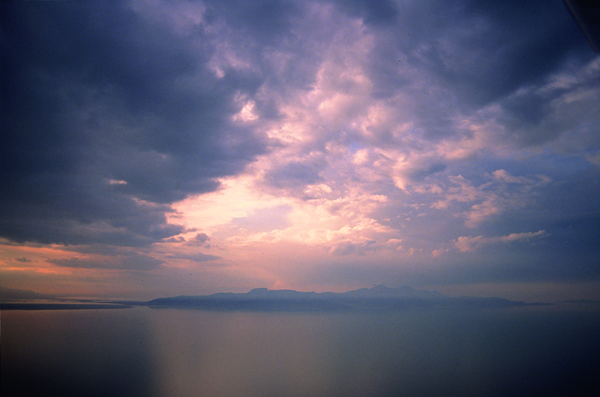 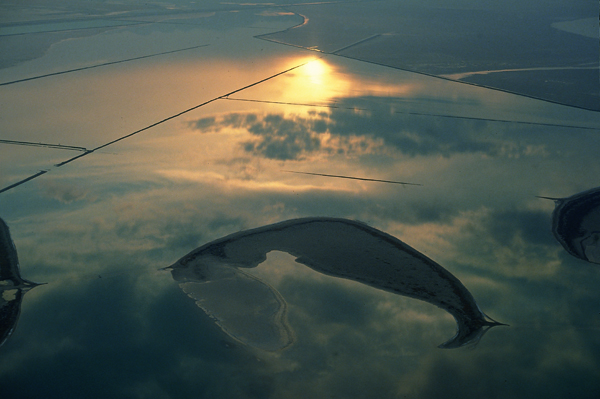 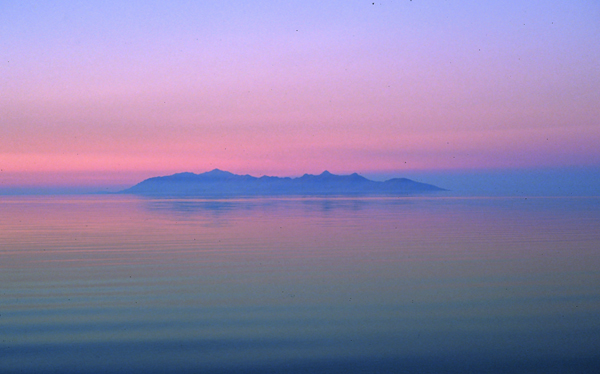 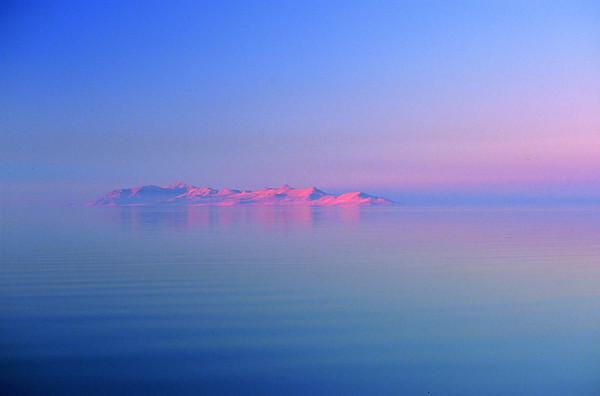 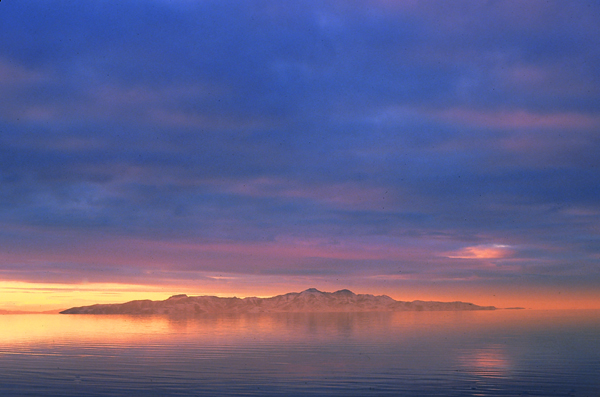 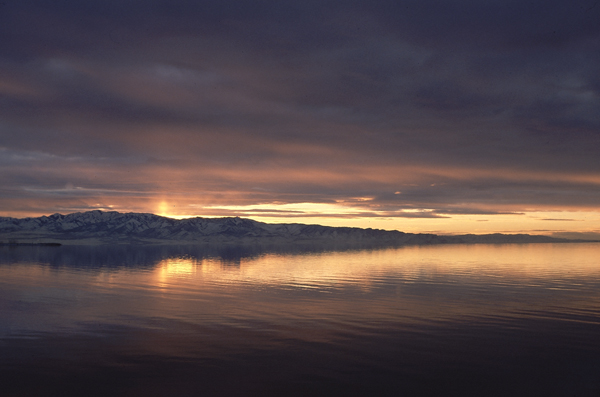 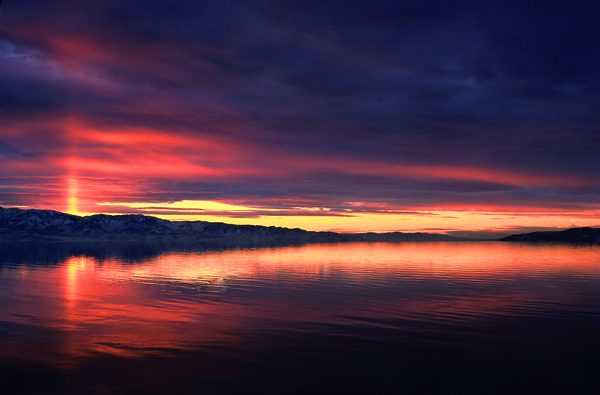 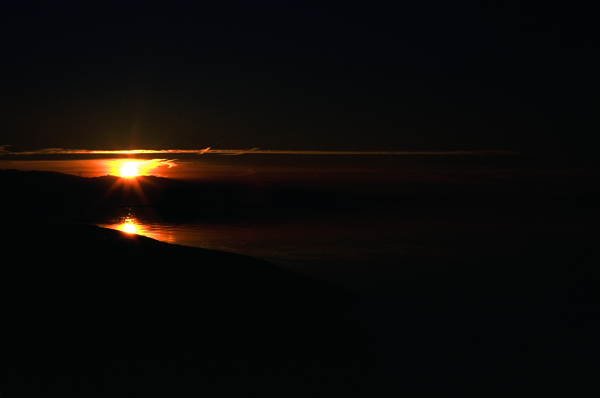