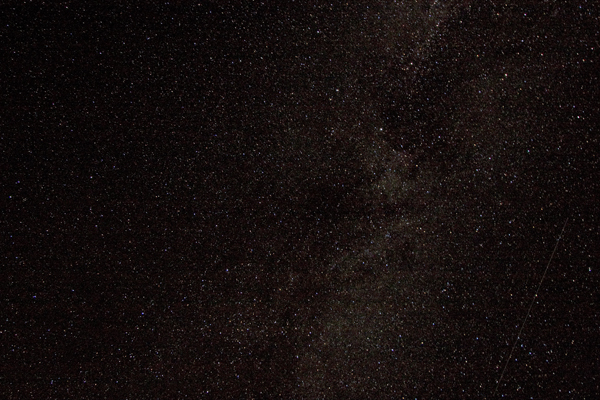 I used to enjoy going out to the desert, finding a large rock that had been warming in the sun all day then stretching out on top of it and staying up most of the night to spot stars, galaxies and satellites. It was a fun hobby for a while, especially predicting and spotting the orbits of classified satellites until the principal government offices responsible for management and launching those satellites started incorporating stealth features into the newest launches and platforms, making them harder or impossible to spot from the ground without lots of money and highly specialized adaptive optics. New technology and the expense of maintaining this particular hobby at a time when money was very hard to come by combined with the realization that this was a fairly solitary hobby that kept me out of the dating pool caused me to spend my nights back in civilization and in the light.

However, some time last week up in the Teton Valley area, I figured that I’d try and spot/photograph a satellite with my current digital camera gear. I had tried this years before with film and had decent results in black and white, albeit with more expense and inconvenience, but I figured that given the time and place, there were a couple satellites that I might be able to see. Again, given the sensitivity of the CCD on this particular camera (Canon 20d), I have a hard time making truly beautiful images, but I did manage to capture what I think is the Cosmos 1271 satellite launched back in 1981 and was a replacement for an earlier satellite, the Cosmos 1077. The particular satellite was a Tselina-D ELINT satellite designed to snoop on NATO and US signals. If you look carefully in the lower right hand portion of the above image, you will see the faint trail of this particular satellite. 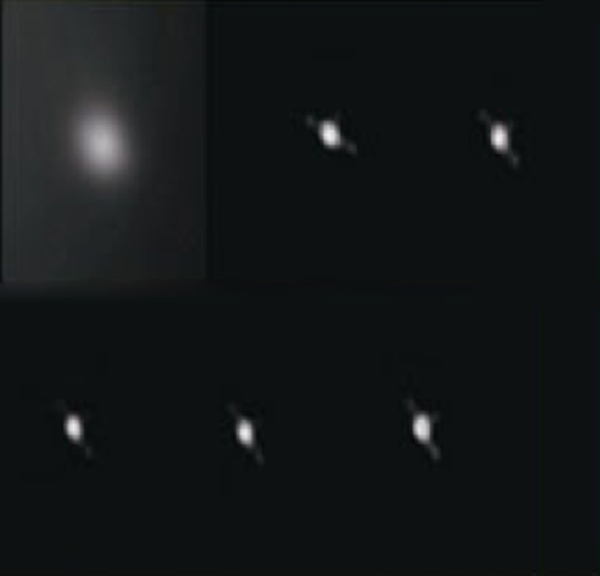 For more beautiful images of the night sky I am going to simply have to upgrade my camera. I would seriously love to get one of the new Canon 1D Mk III cameras given their low light sensitivity. But in terms of really expensive imaging gear, for some idea of how successful ground based optics can be, the image immediately above is from a 28-channel adaptive optics system in Russia that showed back in 2003 how one could capture fairly detailed images of even small satellites from ground based systems. The blurry image in the upper left portion of the above image is the uncorrected optical image while the subsequent images are various shots of the same Russian Cosmos 2084 satellite imaged through adaptive optics. Technologies such as this, which by the way, also allowed this particular Russian effort to image the US Lacrosse2 satellite seen below and others were partially what inspired the use of stealth technologies on US satellites. Again, the image in the upper left is the uncorrected optical image while the higher resolution images in the rest of the image below are several views of the Lacross2 satellite imaged through adaptive optics. Of course the US has been making similar efforts for some time now in the astronomy, defense and the ophthalmology sectors, but I can’t show you any imagery from US defense based efforts as those data are classified… Though it should be noted that if you do the calculations a 25-30 in. scope with adaptive optics should get you to around 6-10cm resolution for low Earth orbit items which is far better than these images show. 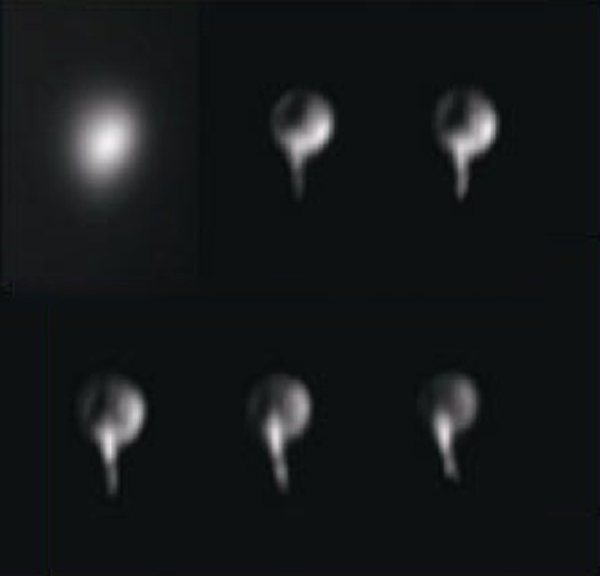